Who's that in the wall in Reachcliff Cave

I was doing the daedric quest The Taste of Death, where one task is to clear Reachcliff Cave from Draugr. 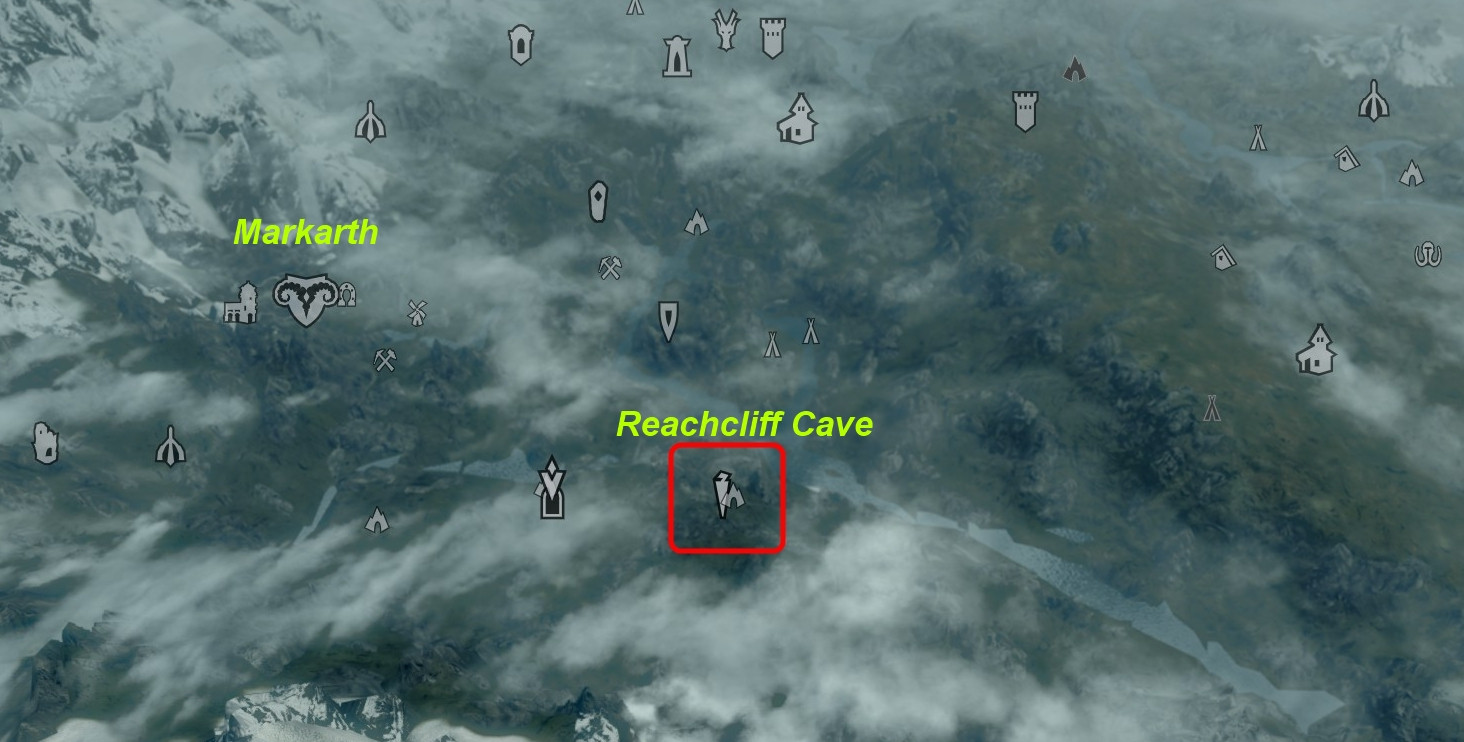 When I'm sneaking through dungeons, the Aura Whisper "shout" shows me where other living things (mostly enemies) wait for me.

So I explored and cleared said dungeon for my friend Eola, that she could get back in to eat some humans. But ... who's that ... there's still something in/behind that wall? What is that? Can I eat it? 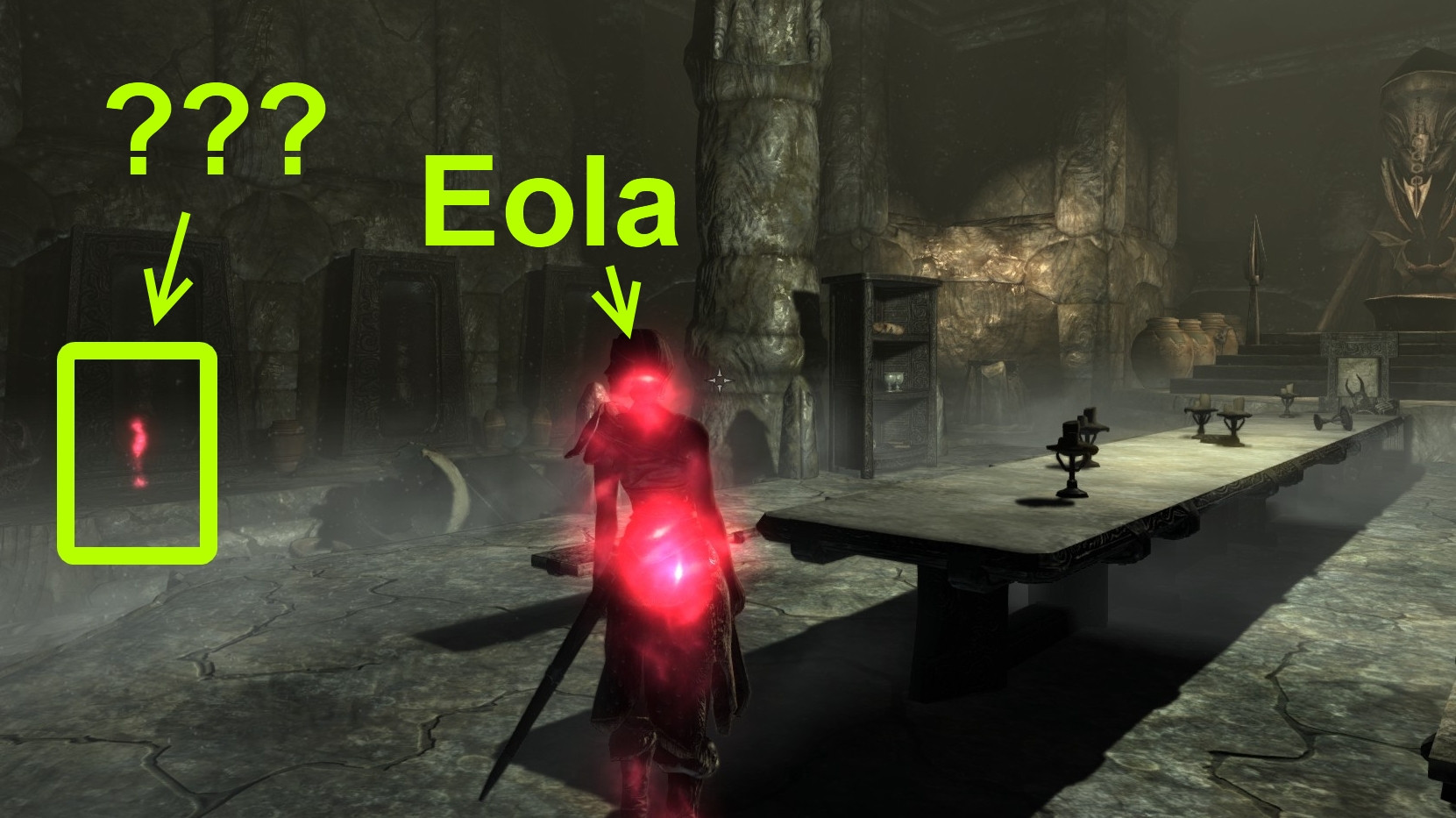 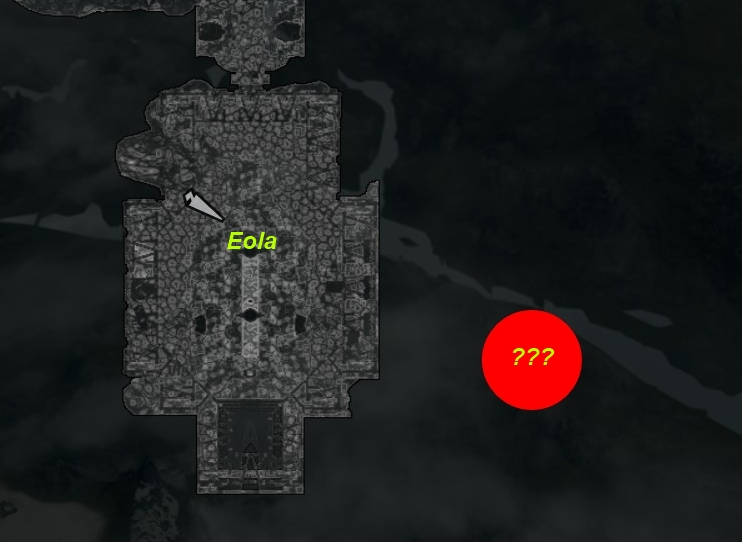 Using the tcl (toggle clipping) console command, you can fly into a hidden room with a hidden NPC.

The "Voice of Namira" is a standard-looking naked elf who won't respond to talking. She is related to the Daedric quest The Taste of Death.

This is almost pure speculation, but I suspect it is a quest-related "phantom" life sign.

I have seen this in a number of places (as a sneaky sort, Aura Whisper in invaluable). Notably, I have more than once seen an entire crowd of such life signs in impossible spaces in small, heavily-populated cells where quest events take place (such as the Ragged Flagon - Cistern). These life signs have a tendency to appear and vanish as quest events occur.

While we don't yet have the tools to properly investigate, I suspect that they are the result of quest scripts "storing" actors (quest-related NPCs) outside of the cell geometry until they are needed. This is a technique used in other games (including previous TES games) to ensure than an actor is fully loaded before use (to prevent disk lag) or to pre-run scripts prior to interacting with the player.

The resultant life signs are therefore "real" in the sense that there is an actual NPC at that spot, but also "fake", as that the NPC isn't supposed to be visible to the user, due to not yet being "present".

43
Maurice Jondrelle is an idiot who's going to get us both killed
8
How do I get Derkeethus out of the cave?
5
How to Mark Wolfskull Cave As Cleared
59
Who's telling the truth? Saadia or Kematu?
0
How do I duplicate the writings on Calcelmo's wall?
13
Which is the largest/longest cave in Skyrim?
2
What is the name of the glacial cave containing two frost atronachs, and how do we teleport to that location?