Why do Pillagers keep spawning near my singleplayer Minecraft house? Is there anything I can do about it?

Usually while I'm in my Minecraft house, Pillagers keep spawning near my Minecraft house! Let me give you a little info on where I live, I live by the riverside, if you go along the right side of the lake, you'll reach a Village! But you can only see a bit of the Village from my Minecraft house if you set the render distance on maximum.

Patrols can spawn during the day on blocks with a block light level of 7 or lower. If a player is within two chunks of a village, patrols do not spawn.

The game picks a random location 24–48 blocks away from the player to try to spawn the patrol's captain.

Additionally, in bedrock there are additional location where Illager (patrols) can spawn, where other mobs cannot - this includes the river biome, but I am not certain how this works in Java.

You can check around the area where they normally spawn and see if there are any cave entrances nearby. Using F3 you can see the "light level" that a block has. 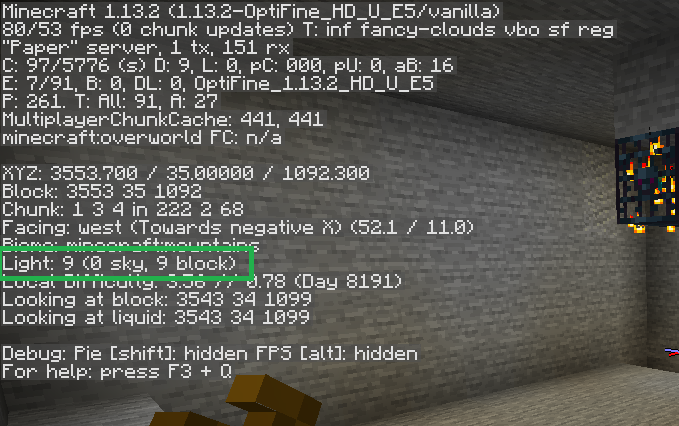 That's natural for Pillagers. They're meant to spawn randomly so you can get village bonuses and start raids. Light level means nothing in this scenario as they are an overworld mob. All they do naturally is come out and attack at random points, just like Wandering Traders spawn randomly. The best you could do is fight them off, but there is, sadly, no solution besides redstone traps.

They spawn on all grass and sand, regardless of light level. Blocking it up with torches is not only a waste of materials, but ineffective as well. They will spawn in any of the 5184 blocks of dirt around your base. Place a crap-ton of netherrack or something around your base, but I doubt you could block the 5184 blocks you would have to place around your base you would need to prevent them from spawning. Just deal with it at this point. I would take pillager raids as awesome because they give you free stuff.

15
What is the real truth about Minecraft mob spawning?
29
Will monsters spawn on top of trees?
17
Can I get snow and light at the same time?
4
Why are spiders always on my east wall?
43
How exactly do I install Minecraft Mods and what is Forge?
2
Minecraft: Sudden shift in world generation/biomes
11
Why are mobs spawning at light level 7 in my house? (Minecraft v. 1.12.1)
1
No Mobs Spawning in Mob Grinder
2
How can I make a fast RAM output bus with no moving parts?