What does the FN key actually do?

I like speedrunning, my PB is about 30 minutes, but my most reset-heavy condition is finding a nether fortress.

I've watched some tutorials about how to "Pie-Ray", which, requires getting up the pie chart in the F3 debug screen, and seeing if there is a spawner in it, then going to the next chunk to see if it's that direction.

Why is it this? What I'm really after is what does the fn key do anyway? Does it enables the other function of the F3, for a brief period of time? Or is it a toggle switch? I would really want to know the answer. Thank you in advance for all help :)

It's a hold functionality:

On keyboards with an Fn key, hold down Fn and press the key to use the alternate commands.

There are two possible explanations for what you're experiencing:

There is some official documentation on the latter case for windows-10 computers:

If your keyboard has an F Lock key, press it to toggle between the standard commands and alternate commands.

If you have an all-in-one keyboard, the F lock works slightly different:

A laptop's Fn key (Function Key) is to give the buttons extra functions using the same keys. There are many different flavors for this, so unfortunately neither the placement nor icons are standardized.

In this screen shot, you will see a padlock with Fn inside, and that's a typical "Function Lock", locking the buttons to work as the F1-F12 keys, or the media keys:

Here you see the keys with the Media functions as the large icon, and the F1-F12 keys as the alternate options. Function Lock is still via the ESC key though: 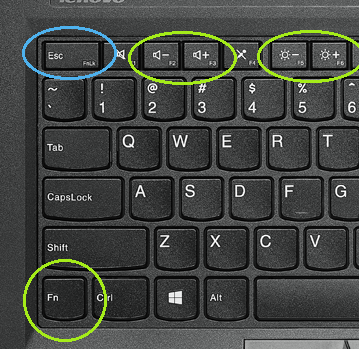 The On Screen Keyboard on Windows 10 may have the Function Lock on the SHIFT key: 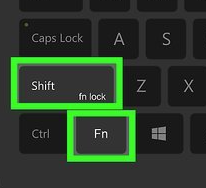 Some keyboards even have a dedicated button just for "Function Lock" 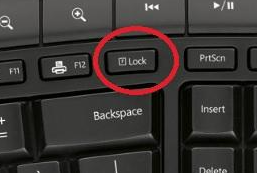 Taco's answer already covers how to fix your problem, but let me explain why it works that way.

Most keyboards have different characters or functions merged into a single key. For example, you can type both a or A using the same A key, depending if you combine that key with Caps or not. Other keys might have even more characters mapped to them, and you access them with Control or with Alt-Gr, for example you get the euro sign € with Alt-Gr + E.

Now lets move to the function keys. Historically, keyboards had a few function keys, such as Escape, Enter or Screen capture, plus 12 multipurpose function keys, from F1 to F12. Each program could assign those keys a meaning, for example, F1 usually opens the help, or in Minecraft, F3 shows the debug info.

Then computers got better. Suddenly we had music, and CD players, and video! So they added a bunch of multimedia keys: Volume up, Pause, Fast forward, etc.

And then, we got laptops (and compact desktop keyboards), where space is limited, so what they did is combine together the 12 original function keys, and the multimedia keys. And they added the Fn key to let you choose.

So when you press F3, you are not really using the F3 function, you are instead using the primary function of that key, which in your computer is Volume up. In order to access the secondary function, you need to press Fn + F3, as you already noticed.

Many keyboards have the Fn key and the secondary functions in a different color, to let you know that those go together.

Also, depending on your laptop or your keyboard, it might be possible to switch the order, so that F3 is indeed F3, and you would need to press Fn + F3 to turn up the sound. You can do that by using the "Fn lock" option explained in Taco's answer, or by changing some parameters in the BIOS/UEFI settings.

Not the answer you're looking for? Browse other questions tagged minecraft-java-edition keyboard .

17
What does "F1" key do and how to use it to spread units?
10
What does 'Distance flown' actually mean?
33
What is the origin of the WASD key scheme?
4
Does obsidian actually attract mobs?
27
What does turning off mob griefing actually do?
0
Holding a key (wasd and spacebar) presses more then once most of the Time