How can I make a command block kick specific player on their death?

I am trying to make command blocks kick me when I die on a multiplayer server I own, running 1.17.1, I have been trying to figure this out for an hour now and still have not gotten this to work.

before posting this question I have tried adding myself to a team then checking if that team has died using execute at @a[team=ryan,scores={deaths=1..}] in a repeat command block.

I then had that command block run into a chain command block containing the command scoreboard players reset @a[team=ryan,scores={deaths=0..}] deaths using this to reset the deathCount score back to 0.

I will put some images of the command blocks in case I have a typo and to give a better understanding of what I am doing. 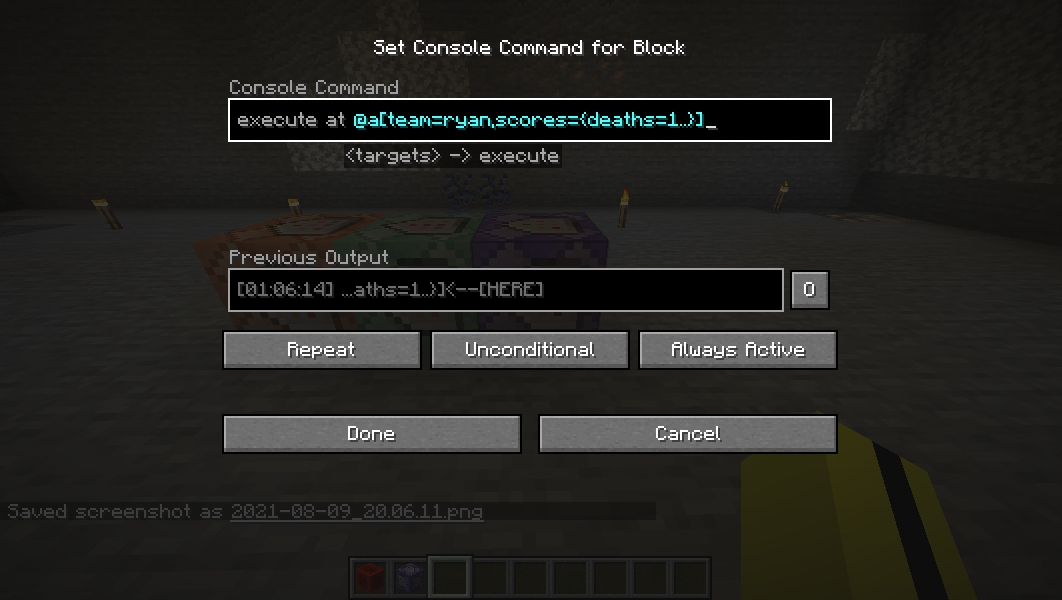 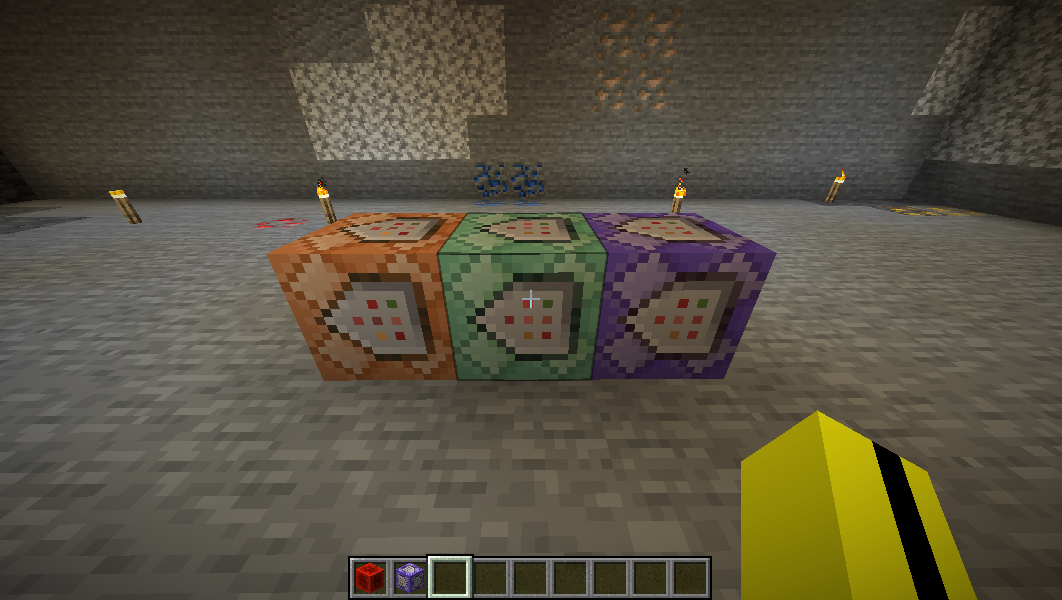 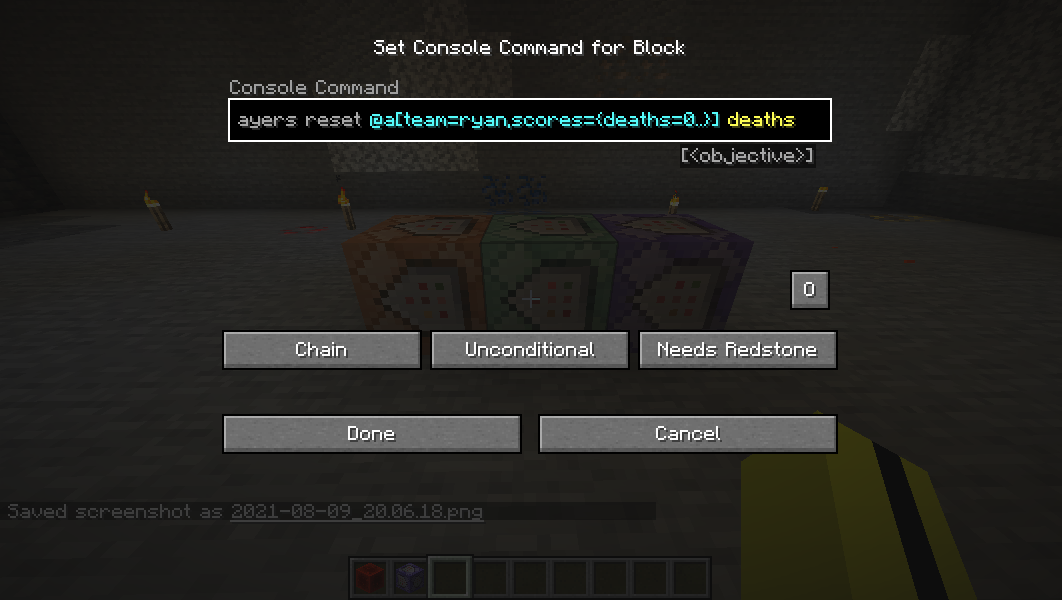 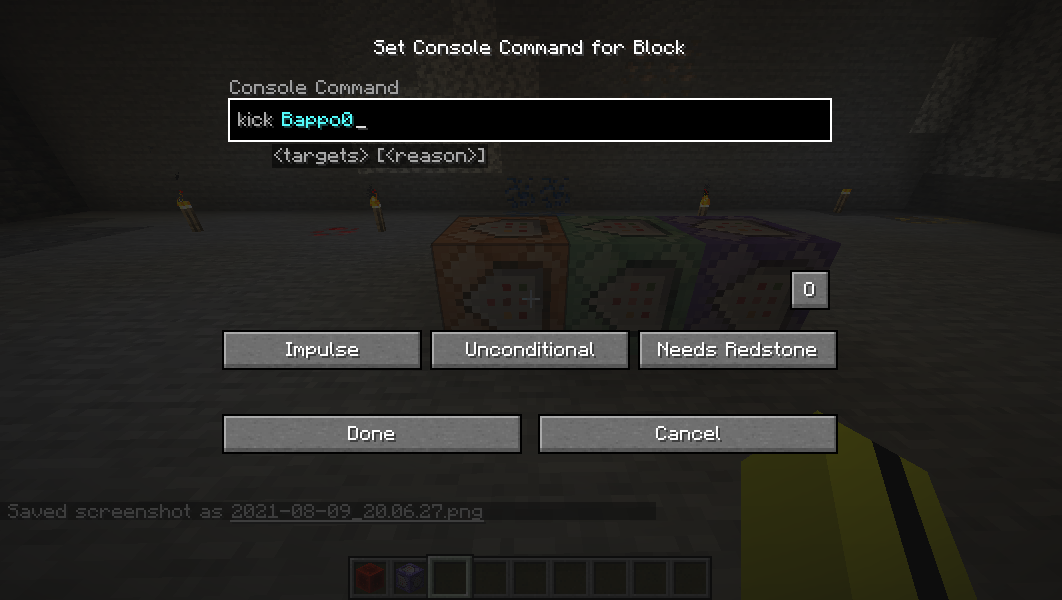 First, you need to make sure you have added the score you test for.

This will be the command to add the score of name deaths that tests for how many times a player has died:

Then, you need to replace the at in the first command with if entity:

Then it needs to go into a chain command block that is set to Conditional:

The next command will be:

Here you need to make sure that you use as so you can use @s later in the command.

The last command block needs to be the same as the 2nd and have this command:

This will kick any player that dies if you would like to only kick yourself you can just replace the @a[scores={deaths=1..}] part with "Your Name"

And if you do use teams, you can keep the team part in the selector and this will kick anyone on that team if they die, just make sure you have specified the same targets in all the command blocks.

This works but I would rather do it like this:

Note that you need to specify which player you want to target both in the execute part and in the run part.

Next, it will go into a chain command block with Conditional as before with the command:

Now you only have two command blocks, instead of three: 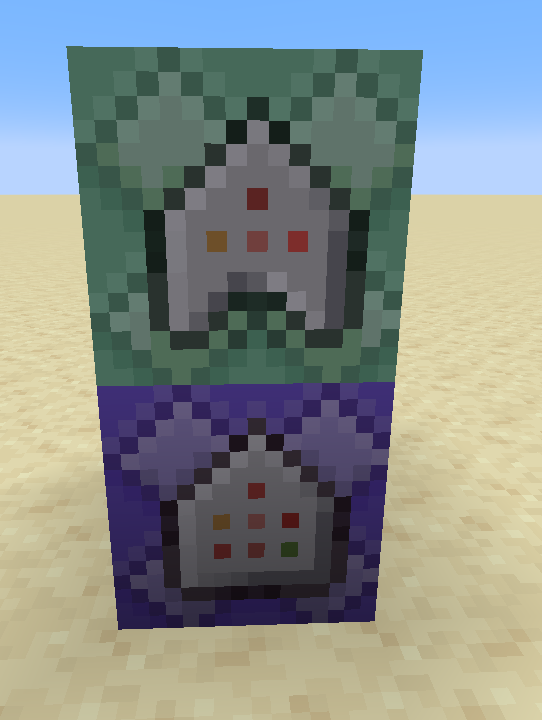 2
Give player item(s) when player hits X amount of deaths
1
Testing for specific player a with command block
2
Can multiple command blocks feed into a chain?
0
How do I make command blocks teleport players away from an area when they don't have a specific item?
0
How can I make a dropper with a specific pattern of items inside turn into a building?
4
Creating a double-jump mechanic in Minecraft using commands
0
Is It Possible To Pass The Selected Player Down The Command Block Chain?
1
How to execute a command when a player is at a specific coordinate? (1.14+)