How do I cover my entire world in water?

I want to cover my entire world in water and make it look like it’s flooded and the water has covered mountains and villages.
Can someone give me a command to use?

You can brute force this with the clone and fill commands, along with a few command blocks.

You can't craft command blocks, nor can you find them in the creative menu. Instead you'll need to use the give command to give yourself one:

In order for this to work, you need to create a self replicating system. It's slow, but, it'll work. This answer will create a basic system that uses a stack of command blocks to wrap itself with stacks of command blocks. So we'll start with a single column, and the world will slowly fill with more and more columns by creating 3x3 grids: 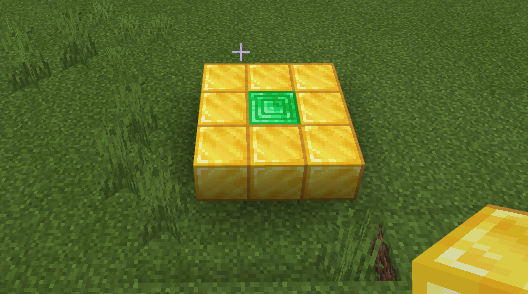 In the screenshot above, the emerald block represents the initial column, and the gold blocks represent the columns it creates. Since each of the newly created columns are exact copies of the original column, this creates a recursive system that self replicates forever.

For the purposes of this post, I will NOT be demonstrating how to stop the system, but it can be stopped with the scoreboard and testfor commands and some changes to the layout, taking into account the rules surrounding water.

For this to work, you'll need to create a 10 block high column of command blocks that feed into each other. I highly recommend building this in the sky as I did so that structures are unimpacted, but you can place it anywhere. The commands are as follows, assuming that the lowest command block is line 1 and the highest is line 10, respectively:

The way this works, is that each clone block is responsible for cloning the entire column to one of the surrounding coordinates. Then, the last two blocks are responsible for replacing air with water and removing the command blocks.

The configurations are relatively straightforward. The lowest command block (block 1) is the only one with a repeating configuration:

🚨 Note: Do NOT set the configuration for the lowest command block until all others have been set. If you trigger the system before you're done with all the other command blocks, they will begin overwriting each other, preventing you from finishing the system and forcing you to create a new world.

Command blocks 2 through 8, plus command block 10, should be given a chain configuration with the no delay:

Finally, the 9th command block should be given a delay of less than or equal to the delay in ticks used for the lowest block, to ensure the newly created columns don't overwrite it:

A world full of water! 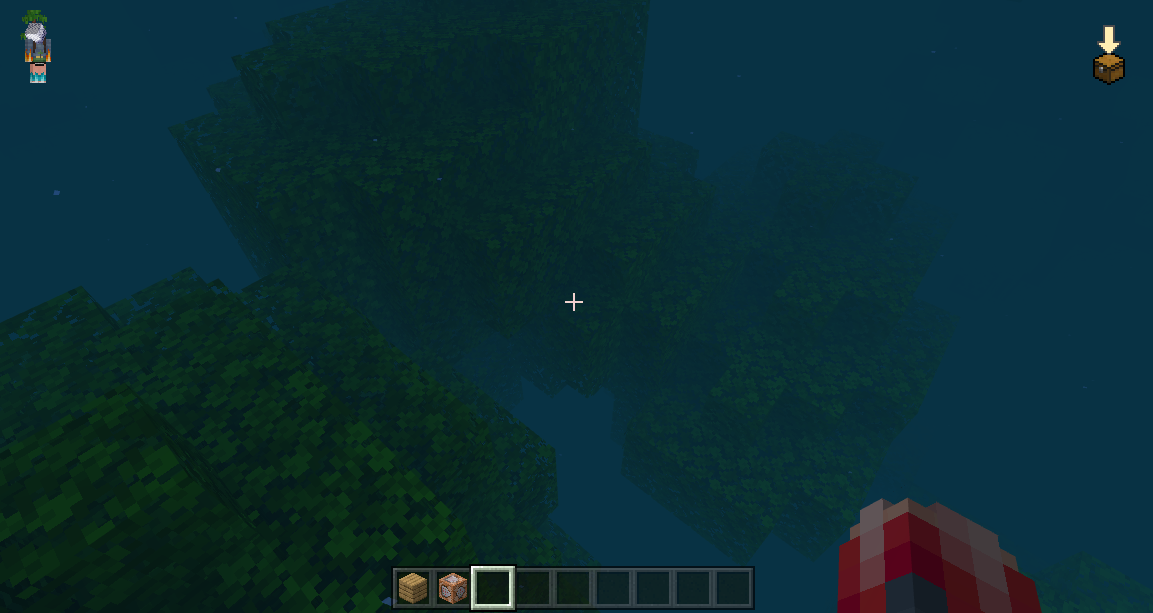 Since this is a recursive system, it may take a few attempts to get it right, so work with it in a new world until you understand what it's doing, and are confident that you won't botch the setup: 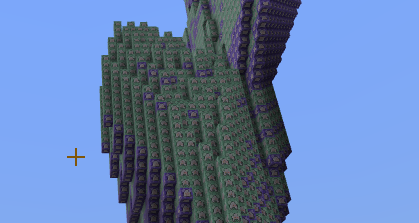 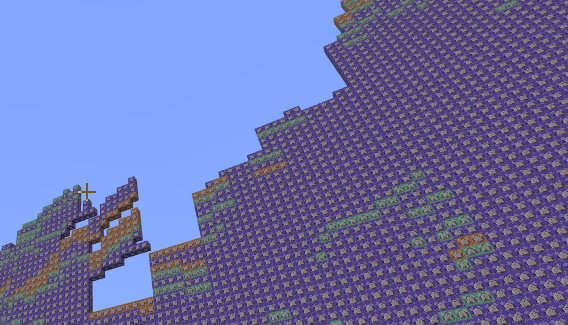 Not the answer you're looking for? Browse other questions tagged minecraft-commands minecraft-bedrock-edition .

1
Why does my world seem to be getting smaller?
1
Can't use all commands on a Minecraft PE world
3
How can I place a block randomly around my world?
0
Water dispenser not working properly
1
How can I make a command have escape codes inside a command with escape codes?