Can I still access the rest of the cult dungeon if I killed Gaal?

I'm playing Baldur's Gate 2 (Shadows of Amn, Enhanced Edition) and I've undertaken the side quest "Investigate and Destroy the Cult of the Eyeless". I went down into the sewers, met and recruited Keldorn, and entered the cultish area. After fighting through some shadows, etterkaps, vampiric mists, etc., I found Gaal in a small chamber.

I talked to him, but after talking in circles, I remembered that my quest goal was to destroy the cult, so I threatened him and he aggro'd. We fought, I killed him. Then I proceeded into the next room and killed the Unseeing Eye as well.

Now, though, I seem stuck. The area map shows there's a "To the Lair of the Unseeing Eye" exit point, but there doesn't seem to be a door or stairs at that location. Further, there's a sealed door near the entrance to this area that has a magical lock, so I can't pick it. I've looted all the corpses, and all the containers, but there doesn't seem to be any key available.

The quest log seems to be perfectly happy with me going the "kill all the things" route, but I'd still like to loot the heck out of the rest of the area. Is it possible to access the other parts of the cultish area, having killed Gaal without attempting to infiltrate the cult? 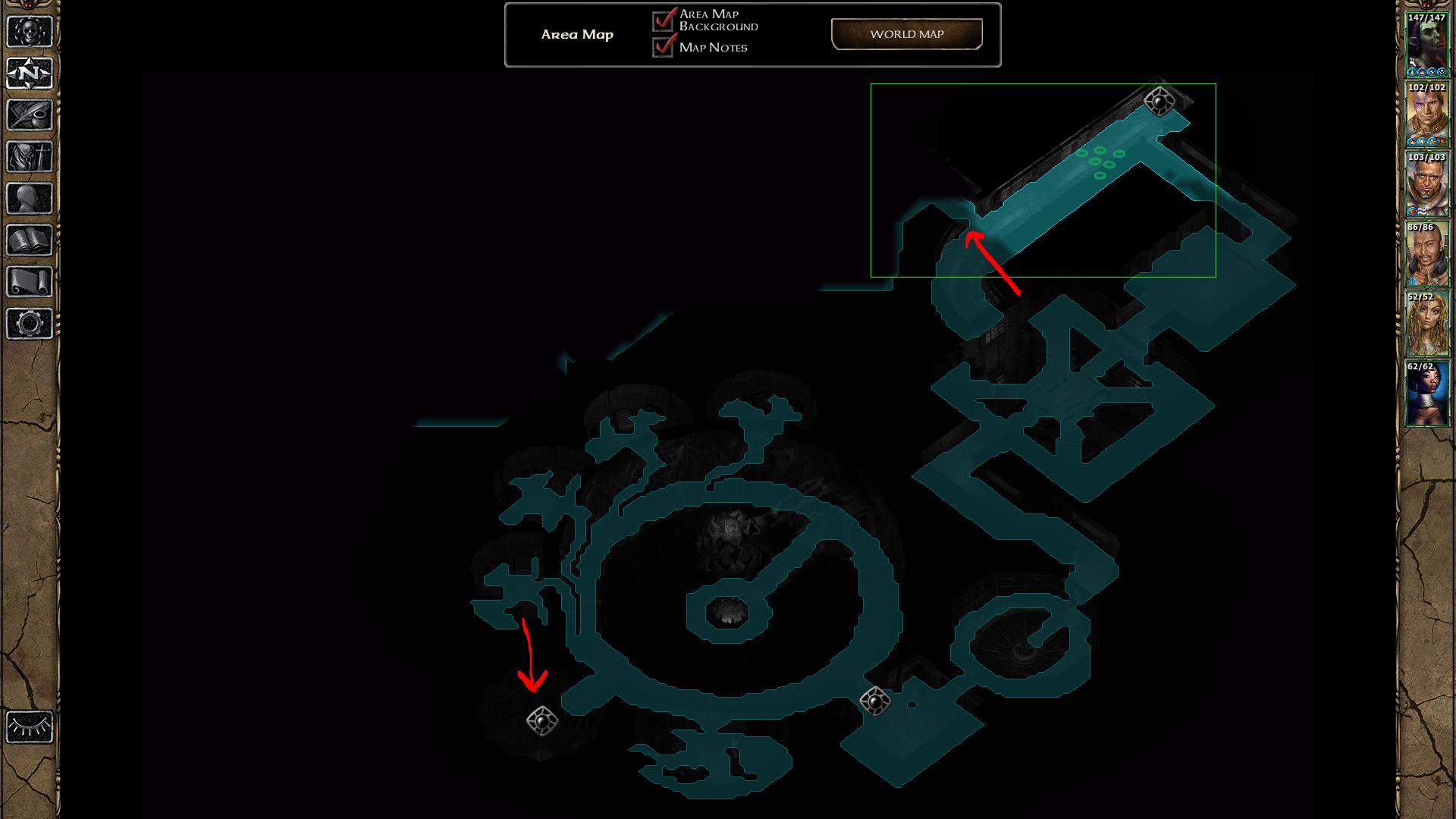 I talked to gaal first about wanting to join their cult, once I got the key I paused the game and manually attack gaal.