How do I check for a TNT explosion and stop that explosion from doing block damage? - 1.16.4

So basically what I want to do is create my own fake explosion to break only certain blocks. The trigger for that fake explosion however is supposed to be an actual TNT explosion in close proximity which I want to not destroy any blocks. I have looked through many similar questions answered but the solutions to these problems were not transferable to my problem.

So in conclusion: I need to check if a TNT was lit and to then trigger my fake explosion right when the TNT explodes. The fake explosion should be the easiest part and I can do that already. Thanks in advance!

I think I have the solution you're looking for.

Then you need to create a scoreboard:

TntTimer is just what I named it, you can name it anything.

Then you need to put this command in a repeating command block:

This will add 1 to the Player TntTimer to the score TntTimer. The first part is the name and you can put anything in, doesn't need to be an actual player.

You will then have another repeating command block with this command:

This will summon a Creeper that explodes basically immediately. Also, I changed the ExplosionRadius to 4, a tnt is set to 4 but a Creeper has a default of 3.

Then next I would recommend you use a chain command block so you don't have too many 'lose' command blocks, with this command:

This command will kill the tnt so it doesn't explode, this will happen basically at the same time as the Creeper explodes.

And the last command to reset the score:

This will also make it so any tnt that is fused will explode when the first one has reached 79 game ticks. So if I activated a piece of TNT and another one 2 seconds later they would explode at the same time, 4 seconds after the first one was primed.

This is where your command comes in, ether you repeat the execute if score TntTimer TntTimer matches 79 for every one of your commands before you run the last command that resets the score.

Or you could add this command, which also needs to be before the score reset:

This will then place a Redstone block next to your command blocks and activate them. This is the easier way so you don't need to test for the score for each of your commands.

This is a screenshot of my setup: 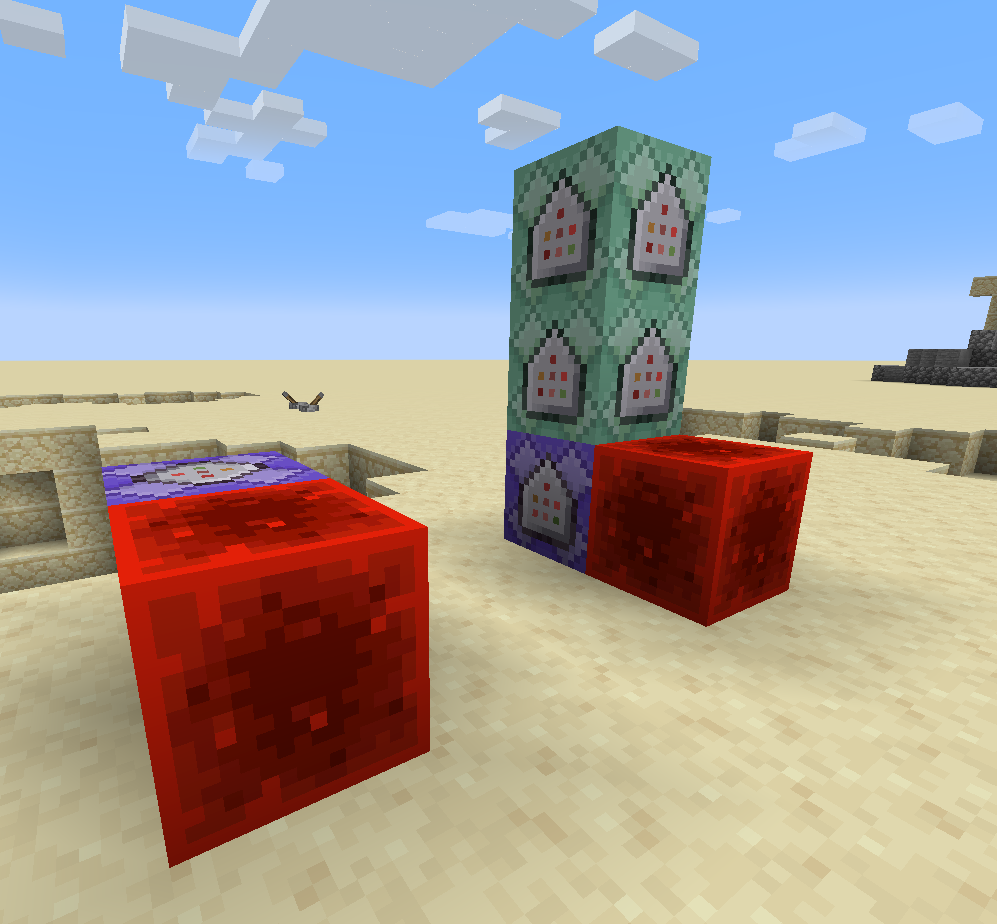 Here is it in action:

0
Some Permissions and Plugins dont work in the Nether, Players cant drop stuff anywhere. Any thoughts?
8
How can I turn off TNT block damage?
5
How do i make Tnt Have more explosion damage in minecraft?
2
Give player item(s) when player hits X amount of deaths
2
How Can I Stop TNT From Blowing Up?
1
How can I shorten the time of a TNT explosion?
3
How to stop a always running command block
2
Check for solid block (with hitbox)
3
How to protect a player from firework rocket explosion damage?