How To Silence Evocation Fangs?

I was playing around with the /summon command, and I stumbled upon evocation fangs. I then typed in a command into a command block: /summon evocation_fangs sawblade ~~1~. This created a sort of sawblade: 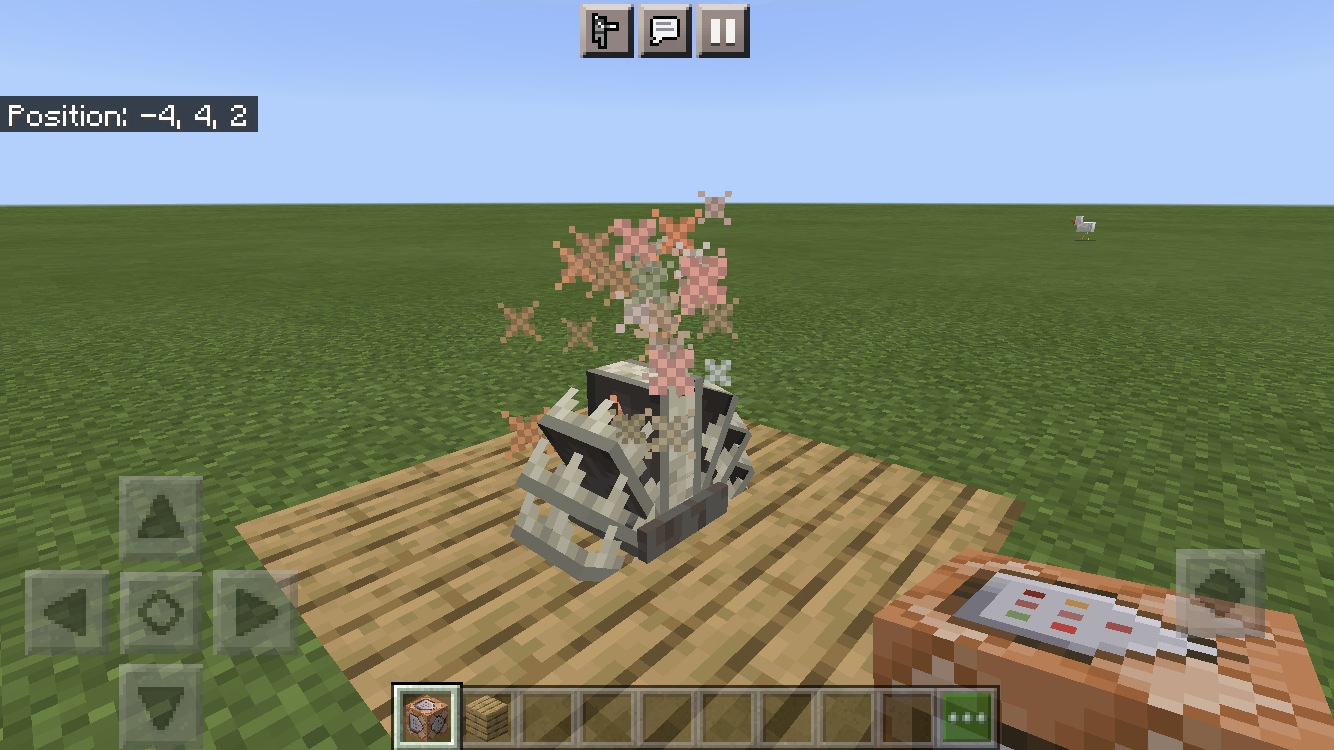 Unfortunately, this saw-blade is quite loud! How do I mute the evocation fangs while keeping ambient sounds?

You can use the stopsound command.

The stopsound command can be utilized to, stop sounds. The syntax for this command in Bedrock Edition is:

While player is required, sound is optional, per DigMinecraft:

There are several sound effects related to evocation:

This was my setup:

You can remove the radius argument if you'd like, I just limited the command to all players in the immediate area.

Unfortunately, chaining the command block isn't fast enough as the sound effect has enough time to trigger before the secondary command block. While it will muffle the sound, it won't eradicate it unless it's a separate command block with a faster rate than the summoning.

8
How do you teleport a player to a moving objective?
5
Vertically stacked armor stands should have increasing scores, but don't
2
Is there a way to test for what sounds are playing to a player?
0
Need to make target selector only select one entity
3
What is the purpose of building the mob farm's "AFK Platform" so high?
3
How to make snowballs invisible?
0
How do I make a "landmine"?