How do I build downwards?

Just opened up my previous save game in No Man's Sky (Steam, PC) and it seems like with the latest update and the redesigned build menu, I can no longer build down. Is there a way to do this anymore?

Specifically, I have some bases that are built from a series of small cuboid rooms. My bases appear unchanged, but I can't build any further down than I've already built into the earth. I can build upwards, I can build horizontally, but I can't build down to create new "basement" levels. I've tried both with the regular camera and the build camera, also "free" placement and "grid" placement.

Previously, when I focused on a previously placed room, one of the available grid snap positions was down. Now, it appears to offer to let me build an intersecting room for some reason: 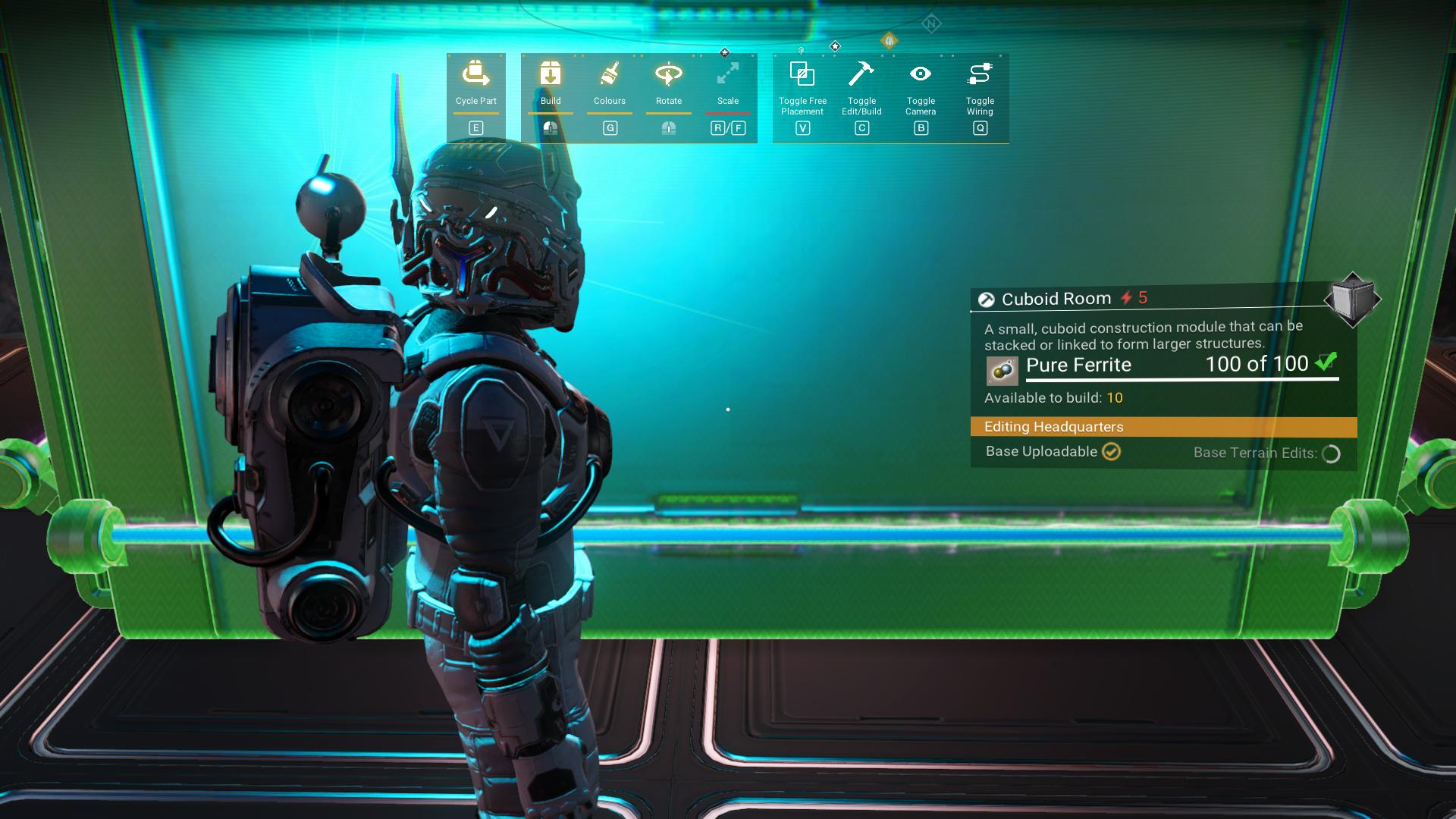 ... however horizontal placement still seems to work as it used to: 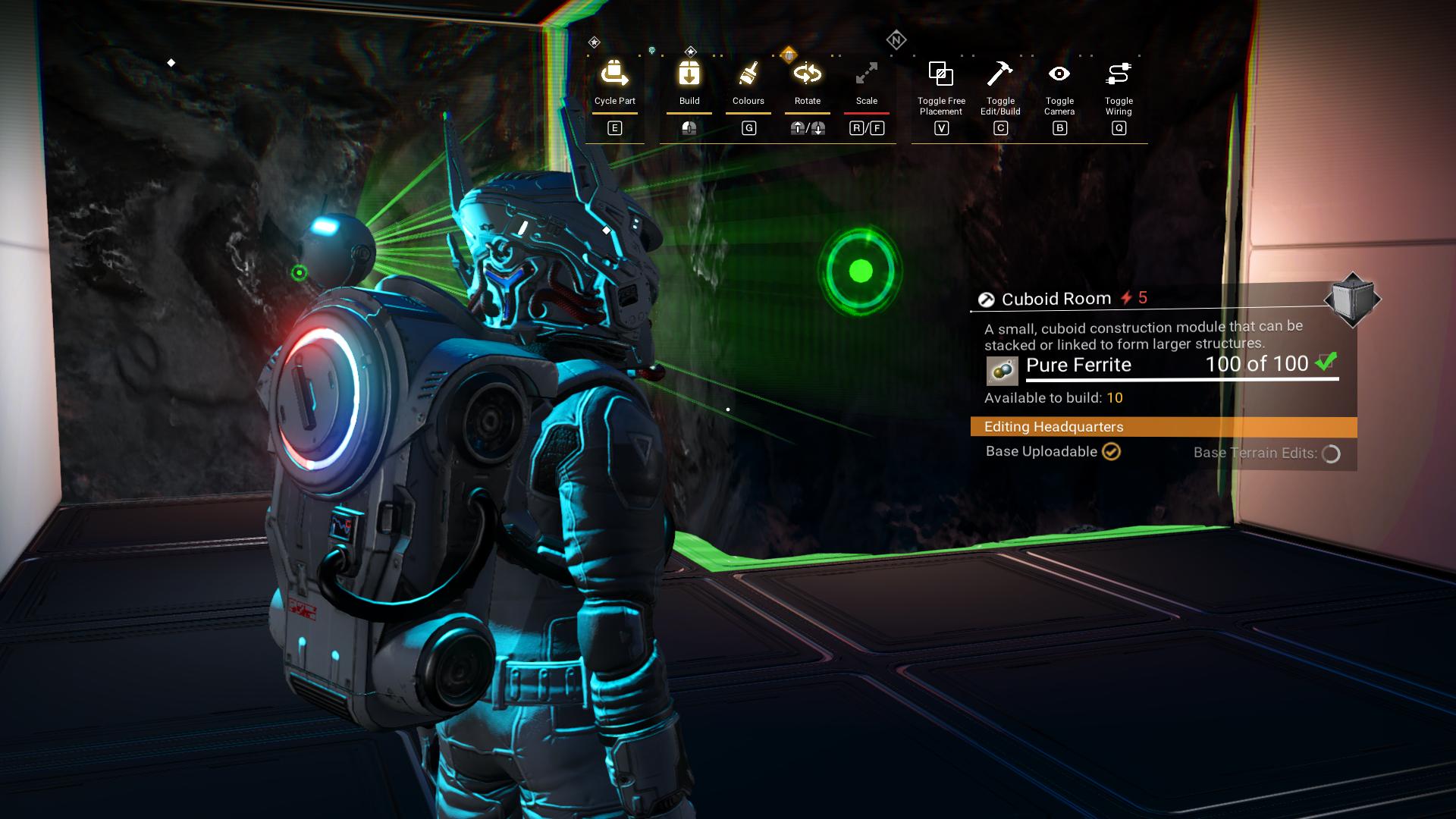 How do I build down? Or am I now stuck with however "deep" I managed to build my bases prior to this update?

I've tried deleting an existing room and rebuilding it, thinking that maybe the "legacy" pre-update rooms might be in some sort of weird state, but that didn't seem to make a difference.

20
How do I feed the locals?
30
How does upgrade adjacency work?
28
How do I make Units efficiently?
9
How is ship cost determined?
1
How to name plants and animals?
1
How to find an Atlas Interface
5
How many Atlas words are there and how do you learn them?
1
How effective is the "Photonix Core"?
4
How to abandon "mission board"-mission
4
How to sell a ship