What was the first ever FPS with secondary fire?

What was the first ever first person shooter to feature a secondary fire mode? I can think of a couple of 1997 examples (Outlaws, Blood) but I wouldn't be surprised if it had been done a year or two earlier. I think Duke Nukem 3D had a secondary fire for throwing additional pipe bombs, but I'm not sure that really qualifies.

I'm pretty sure it was actually the first "Marathon" game by Bungie, released in December 1994. Some examples include:

While Marathon (as per @bruhmoment12's answer) is considered the first one to introduce secondary fire, I found that Pathways into Darkness, released in August 1993, had two different keys for triggers in its control page: 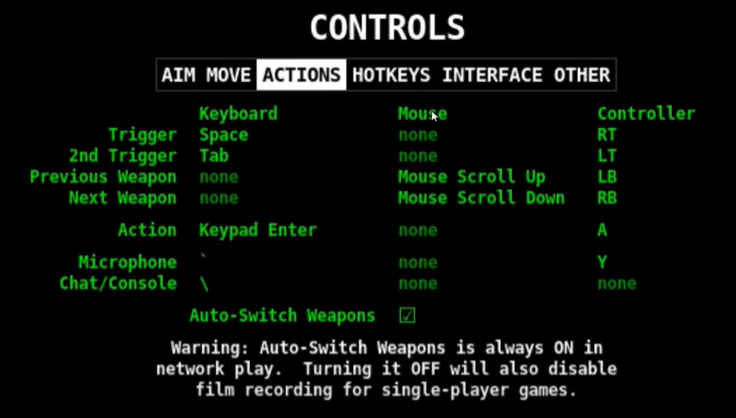 The second trigger is used to activate an Isfet Crystal, and some of them are used as a secondary weapon:

They are used as a "secondary weapon" and must be equipped before they can be used like any other weapon. The Power bar shows the crystal’s current power. It must be fully charged before it can be used. After each use, the crystals will recharge themselves. To use an Isfet Crystal, press the Tab key (Mac versions) or the Right Mouse Button (Windows).

The game is often referred as a Doom clone, but it also added gameplay features that were uncommon to the first-person shooter genre at the time of release.

This comes from its original manual: 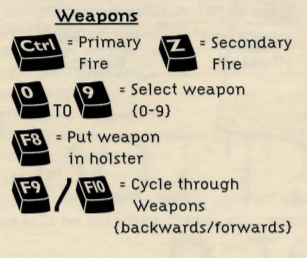 For combat, the player may use fists, explosive land mines and thermal detonators, as well as blasters and other ranged weapons. All weapons, with the exception of the fist, have a secondary mode which makes it have a different effect than in primary mode.

Not the answer you're looking for? Browse other questions tagged gaming-history first-person-shooter .