What's the speed that blocks regenerate from being hit?

What's the speed that blocks regenerate from being hit?

The Wiki on Breaking and Ticks isn't helping?

Per the wiki on breaking, there isn't a regeneration speed, only a digging speed:

The player's digging speed is controlled by three factors: the block being broken, the item the player is currently wielding, and the mining penalties affecting the player.

The regeneration you see is purely visual effect.

Overall, this is a simple but variable heavy calculation, and the wiki does a fantastic job on explaining each piece to the digging speed puzzle. For your convenience, I've brought over their pseudocode for calculating the digging speed:

All of the information you need to populate the variables is available through the aforementioned wiki.

From personal experience, if you don't break it on a single mining "session", the block returns as new. The regeneration is instant.

You can clearly see it on harder blocks like obsidian, if you stop just before it breaks and start over, you still need those 8-9 seconds to break it.

The block "heals" instantaneously if you release the 'attack' button while damaging it, or aim at a different block. But if you keep holding attack, but the distance between you and the targeted block increases enough that it gets out of range, the breaking progress is frozen. It doesn't revert/heal over time, and if you close the distance to resume breaking, it will be resumed at the point you left it off. 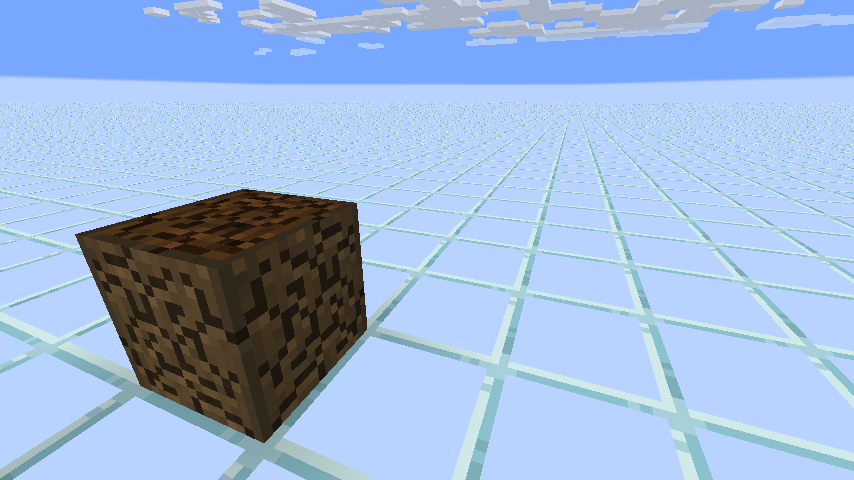 The blocks left in the "partially broken" state visually revert to 'undamaged' appearance after 20 seconds since damage was applied last, but if you didn't release attack in the meantime and didn't target any other block with your attack, you can still resume breaking from where you left off.

This breaking style is most frequently encountered when chopping down birch and spruce trees - if the tallest block is off your reach when standing on the ground, you can jump and break it eventually in several jumps, despite it coming out of your range as you land between the jumps.

Not the answer you're looking for? Browse other questions tagged minecraft-java-edition minecraft-bedrock-edition .

43
What's the best way to protect your house from Endermen stealing your walls?
11
What's the difference between these stone brick blocks?
11
Is there a way to regenerate my world without destroying affected blocks
4
What is the actual "spread speed" of water and lava in the context of a stone generator?
3
What's the fastest way to travel the end in Minecraft?
14
How can I use Command Blocks to keep players from placing blocks on a vanilla server?
2
How to prevent the closest player from breaking blocks?
8
Do any blocks that break sand withstand water?
2
What is the maximum number of blocks you can reach/hit a player in PvP?
1
What's the fastest kind of tool for breaking blocks without Efficiency?