Can anyone recognise this game? I might be misremembering but when I saw this screenshot I remembered an old (probably text) adventure game or RPG that was started out in a space station. I ran the text through Google translate and it says:

This was the first screen in the game and it was in English when I played it. I can't remember any other details though. 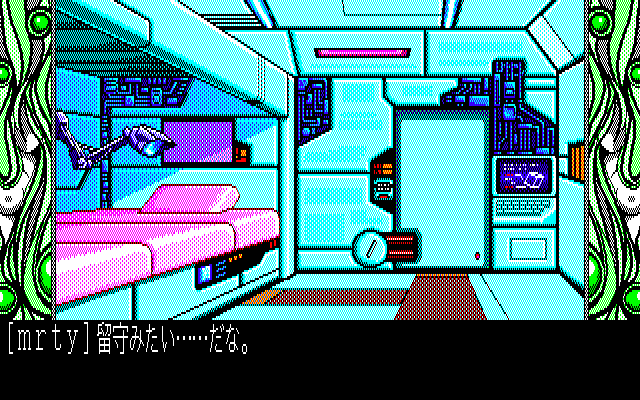 I did some research using "MRTY" keyword and reverse image search, which leads to similar pixel art screenshots, with a girl named 奈美 (Nami).

Those images often refer to Dragon City (ドラゴンシティＸ指定) developed by Fairytail for MSX2 in 1991, this one. The images on borders match. 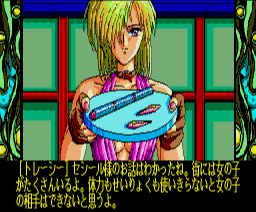 However, other sources with a similar pixel art, and that girl named 奈美, point to Game Technopolis:

Technopolis Soft was the software label of publishing house Tokuma's computer gaming magazine Technopolis (known as "Tekupori" for short). After the Famicom became a big hit, the average Japanese games player quickly transitioned to consoles, leaving computers with more "adult" genres. Technopolis followed suite, and became more and more adult-oriented, to the point where they actually trademarked the term "bishōjo games". Their software department followed a similar path.
The magazine ceased publishing in 1994, though the software label probably had disappeared before then.

So, this seems related to some adult-oriented games, and the (kind of) naked girl depicted on the sides of your screenshot makes me think it could be right.