How can I make a player spawn into a building in The End?

I tried to build a small building around the End gateway (to the outer islands) to protect players to spawning out in the open with million Endermans around them). 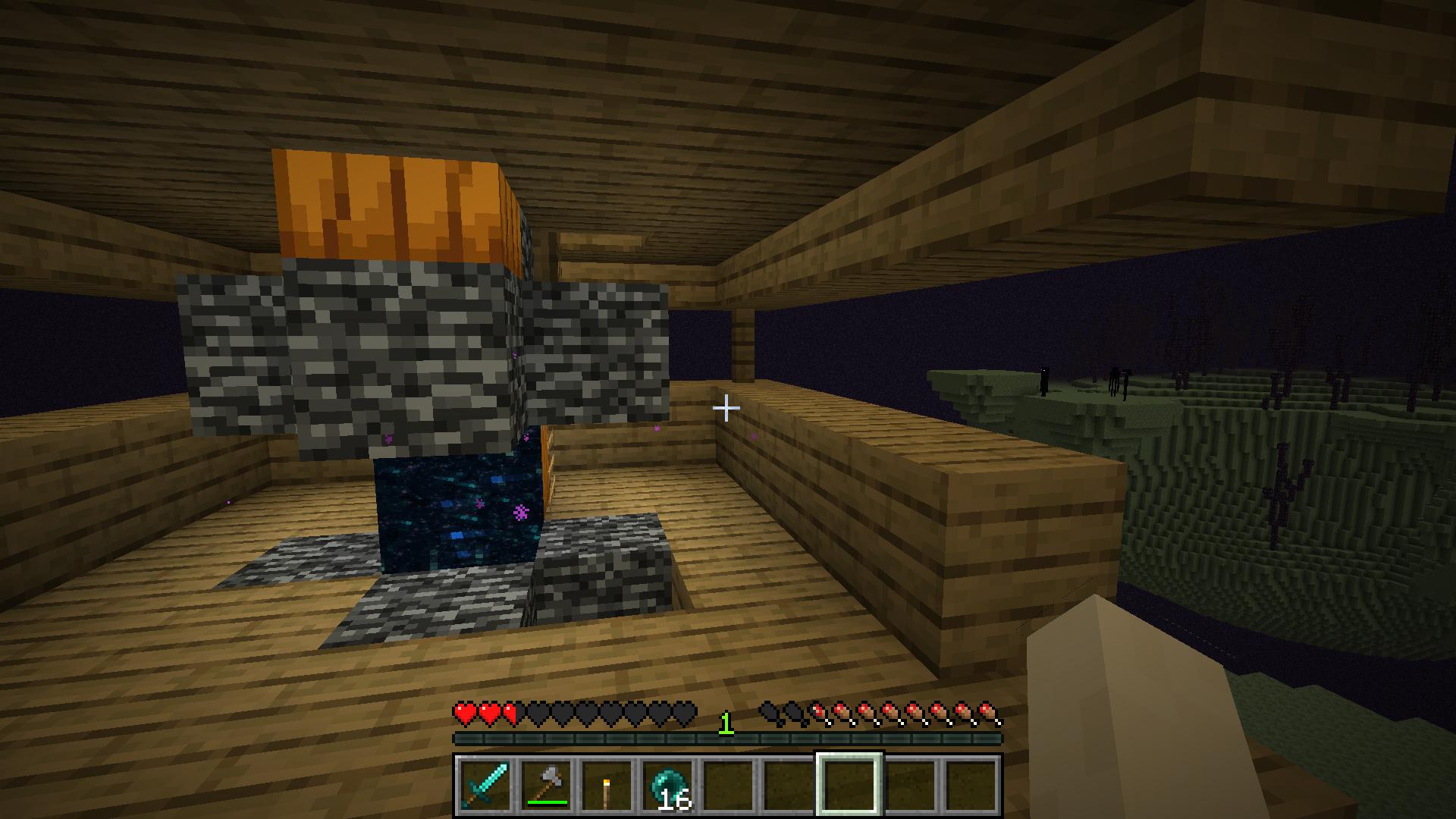 My Problem is, no matter how I build the "arrival room" the players always spawn on the roof.

I would like to know if there is a way to make players spawn in a room instead of the highest possible block.

According the Minecraft Wiki about Player spawning (at world spawn) there should be a way to use a grassblock to force the player to spawn there if no other valid locations was found.

Unfortunately there are no further information in the wiki, if the End gateway teleport acts in the same way like the world-spawn.

So my question is:

EDIT: With the information from pinckerman`s answer, I made some more experiments in a copy of our server world and found some new information (in version 1.17.1):

I made multiple testruns for each build-constellation and I was always spawning on exact the same location like listed above.

That means in total:

So it seams that the only way to spawn "inside" is when your build does not have outside-walls and is covered by half slabs e.g. like on this picture: 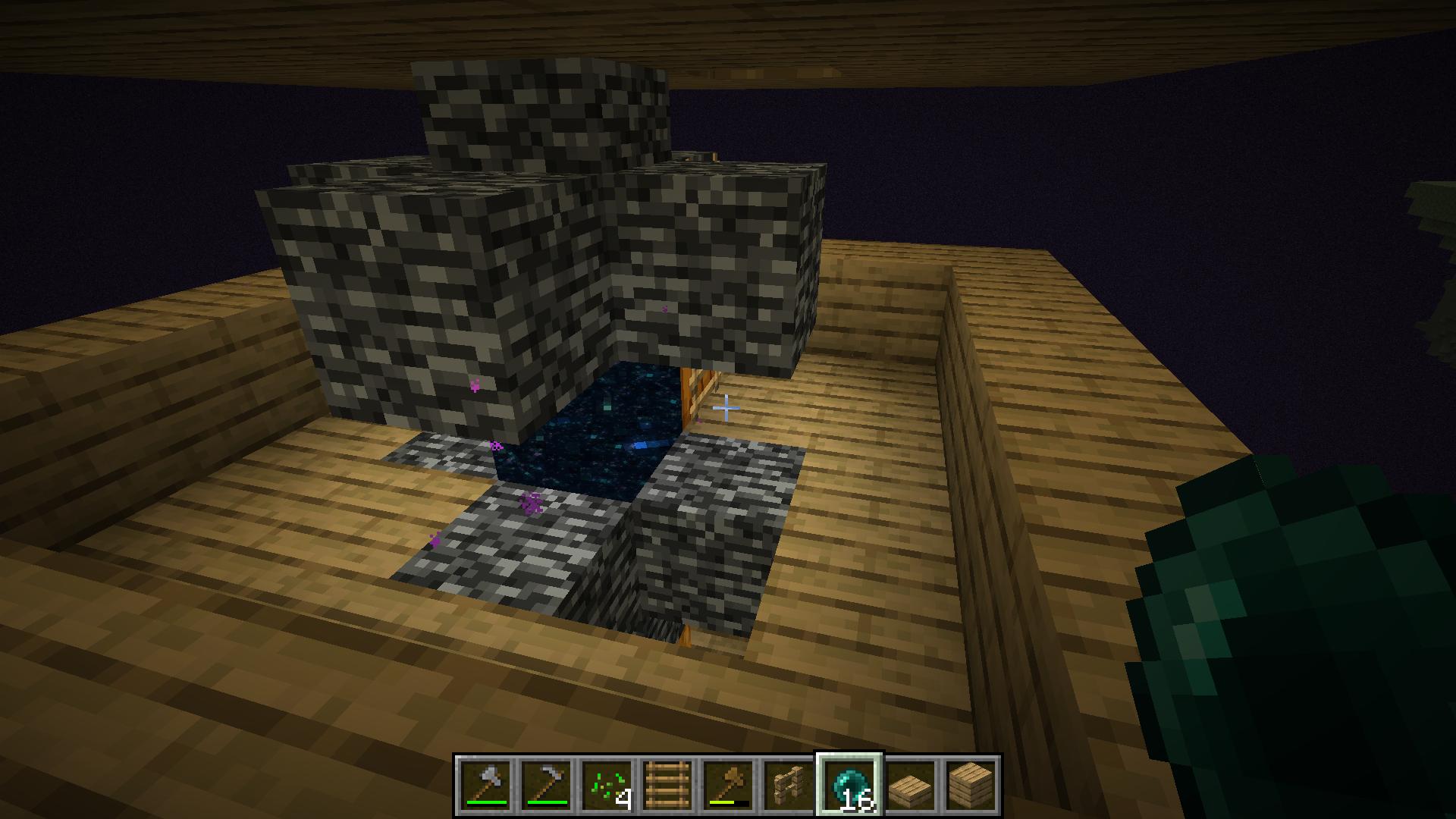 My tests showed that in some points the spawn-rules for gateways are very confusion, so I still would be happy if anybody could find a better solution (at least that you can spawn in a 2 blocks high house).

The algorithm works this way [emphasis mine]:

The gateway searches for a full block (which isn't bedrock), starting from the north-west corner at the topmost height (Y=255) within a 5 block radius around the gateway block. If there is a block at that position, then the entity is teleported onto that block. If there is no block, then the next position along the Z-axis is searched.
This continues along each column in an 11 × 11 area at the same Y-level with the exception of blocks above, below, or directly adjacent (including diagonals) to the gateway block. If there are no blocks, it moves one Y-level down and repeats the sequence from the north-west corner again.

This means that the game searches for a valid spot to spawn layer by layer from above, that's why you keep spawning on the roof.

So, apparently, a way to make the roof an "invalid" spawn-area is building it with bedrock blocks.

BUT, it also specifies full blocks, this means that half slabs should prevent the spawning on the roof.

And that's how it's supposed to work, since it's higher than the floor. Try replacing the whole wall around with fences or stair pieces, that should make you spawn inside your building.

With the help of pinckerman`s answer (keep an eye on the comments too), I was able to spawn inside a building arround the end-gateway.

Unfortunally the final build is 3 blocks high so enderman could technically spawn there, but it seems to be the only way to spawn INSIDE the building. 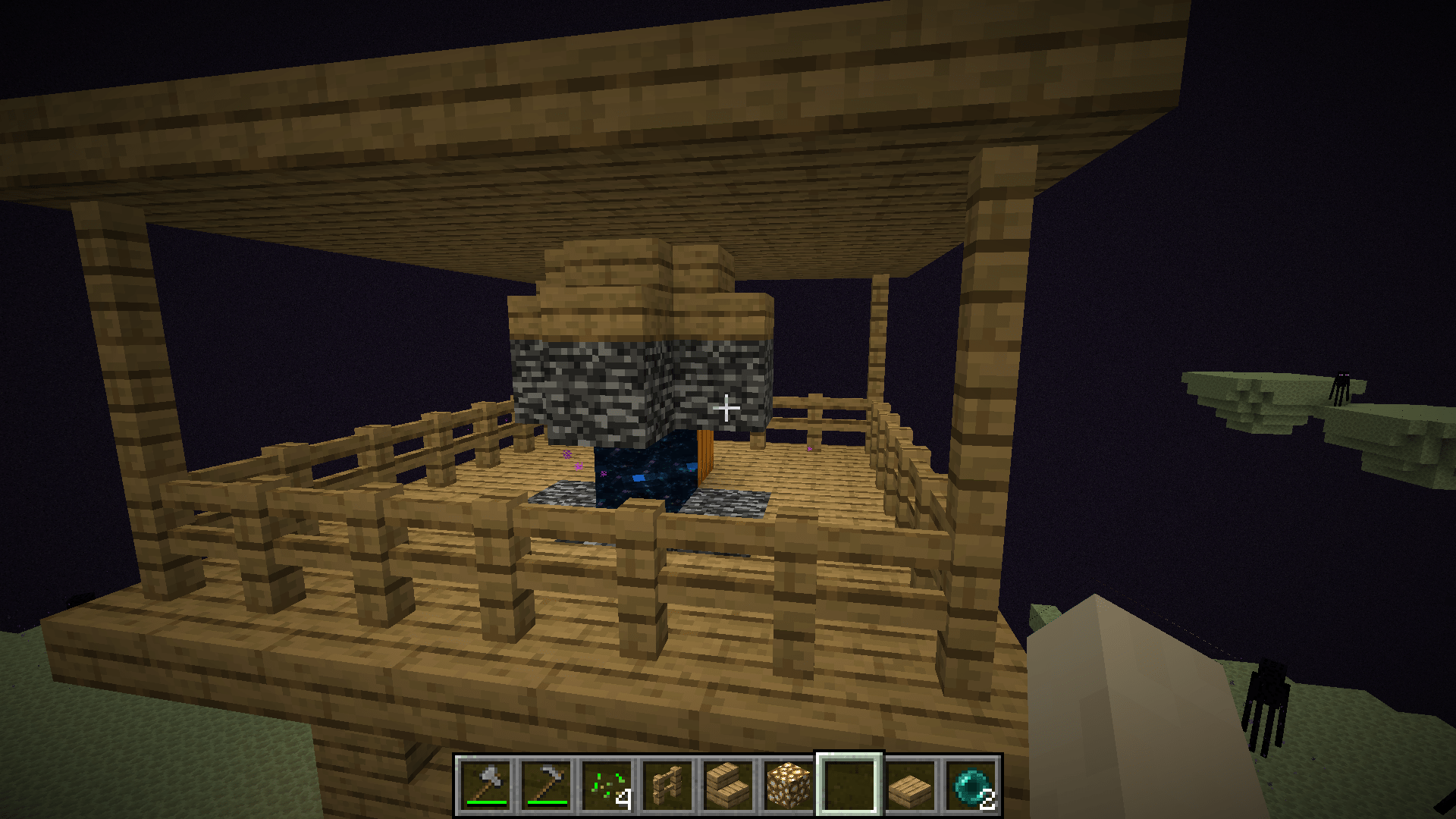 15
How can I keep ghosts out of my machine?
10
How to prevent slimes from spawning in certain areas
9
Can mobs spawn on interactable blocks, or solid blocks occupied by interactable blocks?
5
Command Blocks vs Bukkit Plugin, Performance?
3
How do I target only players who are at a certain height?
5
At what distance (from the player) do iron golems spawn in villages?
3
Preventing Iron golems from spawning outside the spawner platform?
2
How to force all spawner mobs to spawn on one platform?
4
What are the Enderman spawn conditions, and ways to improve farm efficiency?