Is it possible to have a strong scout?

Here is a good question: Is it possible to have a scout that can take on a tank-destroyer for power of shell? 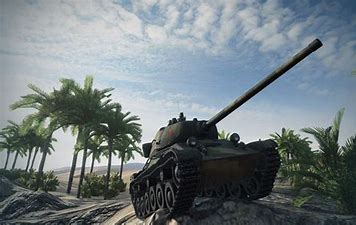 Because I have been looking for a scout in all nation areas.

Your Question seems kinda weird, but I will try to answer it.

No, and that's for good reason. Tank Destroyers are meant to have good guns and high damage potential. Light Tanks are basically the exact opposite of that, they are meant to be stealthy, fast, small. Light Tanks are not made to deal damage in the first place, they are made to scout the enemy Tanks, so that your team can kill them. Wargaming purposely put weak guns on Light Tanks because they don't want them to be overpowered. If Light Tanks had similar guns compared to Tank Destroyers, why even play TD's?

There are a ton of strong Light Tanks in the game, but none have actual TD guns. A Light Tank is strong if it hast good mobility, camo, view range, and a decent LT gun.
Light Tanks are probably the hardest class to play in the game, so if you are new, you should learn the game first by playing easier tanks like Tank Destroyers or Heavy Tanks.
Light Tanks are played to scout the enemy team and farm spotting damage instead of causing damage by yourself. They are mainly to support your team but are very strong if you are a good player, they can deal damage by themselves but not as well as a TD.

Some examples for good Light Tanks:

WOT has different classes of tanks with different strengths and weaknesses.

Tank destroyers(TD) have a heavy hitting and accurate gun and good front armor and a good angle to make projectiles bounce. In their back, they've got weak armor. They're far less agile in terms of turning and driving.

Because of that, a scout can simply drive bedind a TD and shoot in its weak spots on its back. Moreover, with broken tracks most TDs are easy fodder for all other tanks.

Take care as each tank has its own properties. You got mobile TDs with no armor, you got immobile heavy TDs, see T28 vs Hellcat.

Basically, it's a game of rock paper scissors: Heavy > Medium > Light > TD > Heavy with SPGs being a special case.

WOT depends heavily on strategic movements and knowing enemies weak spots. A new player with a T10 Maus(pretty much unkillable) can die to experienced T8 players that know its weak spots.

Feel free to edit my answer and correct it, I didn't play WOT for over 2 years now.

Not the answer you're looking for? Browse other questions tagged world-of-tanks or ask your own question.

5
Which metrics give a better measure than global win rate?
17
Angling your tank to live longer in world of tanks?
4
Low-tier battles with high-tier players?
4
How bad is AMX 13 F3 AM with weaker radio?
7
How to play a Tank Destroyer in World of Tanks?
1
How to angle the Churchill VII to minimize the chance of being damaged?
5
Replays: Advanced control of the camera
3
Is it possible to shoot right through a tank?
5
List of tanks that come with free BIA skill crew?