8-bit-looking Naruto fighting game with Hulk and Homer Simpson. Madara is overpowered, and I think Homer's victory speech included "mango". Game name included "mugen" but unsure if officially - played it about 15 years ago.

Which game could it be? This is the exact Hulk:

It was made with the M.U.G.E.N. game engine, which supports custom game creation - thanks to @Wondercricket for pointing it. Given its nature, that exact game may not exist for download - but it can be recreated.

There doesn't seem a single best way to do so, and some contain viruses - so I'll share what worked cleanly for me:

The launcher is ultimat naruto mugen screenpack.exe, and you can watch AIs battle with the assistir luta option in-game.

In other news, these two can sometimes best Madara 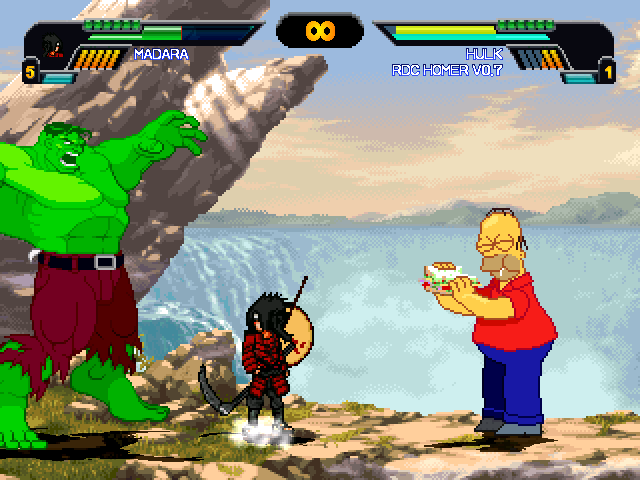