Why can't I build a city here?

I cannot build a city with my settler in all the red area and I don't get why. 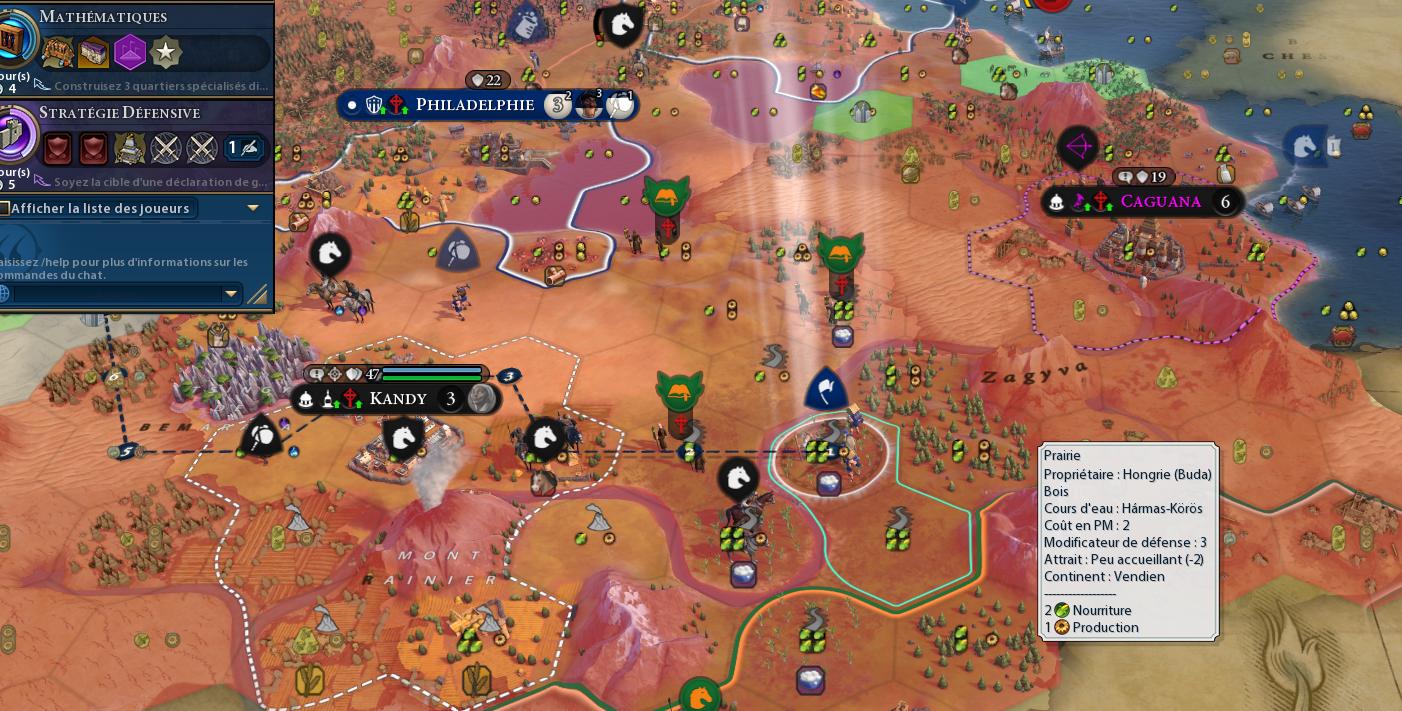 The Settler Lens tells you where you can settle.

You can't found cities within 3 hexes of another city. This means that between your city and the next, there must be a distance of at least 3 hexes.

If you look at your screenshot, you'll notice that the majority of red tiles are within 3 hexes of another city. 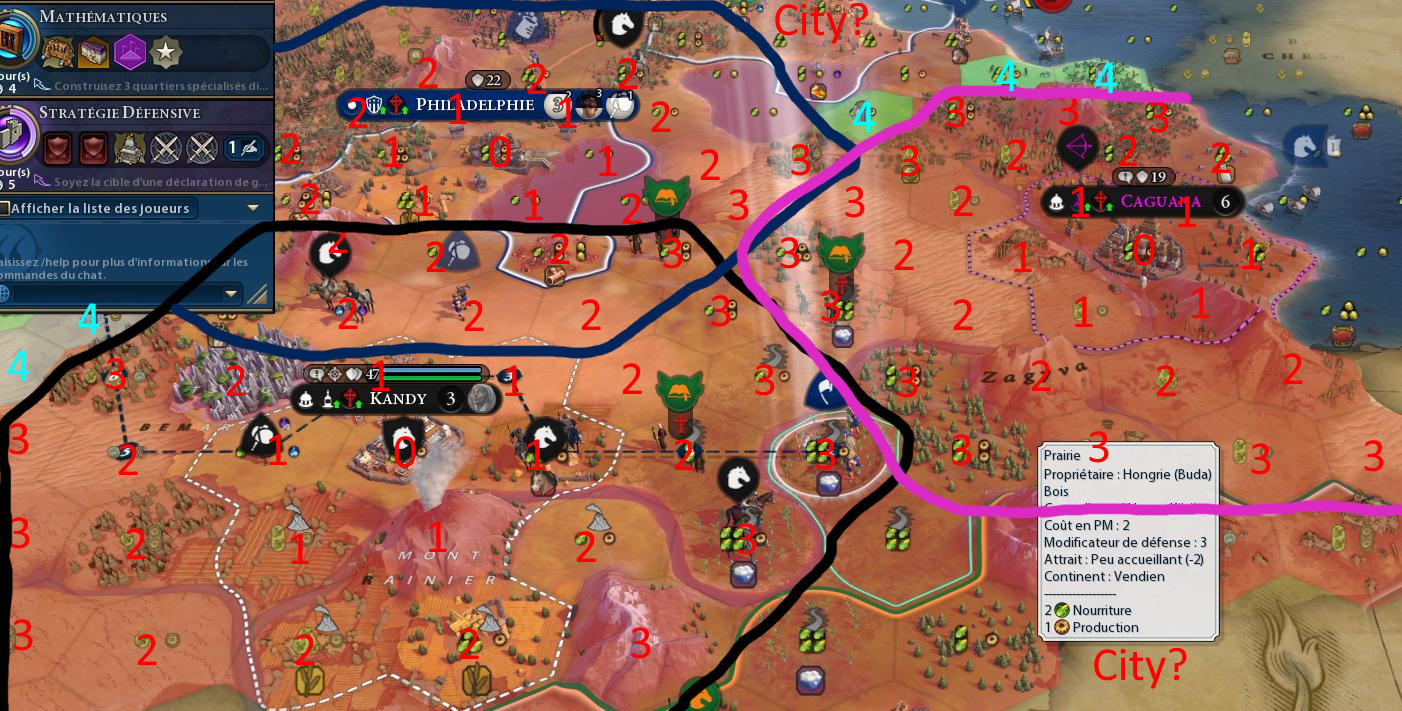 The rest are probably also in range of another city, but we can't see them. In the upper part of the screenshot, there's likely a city above the "City?" marker, outside of the screenshot. In the bottom part, the city is most likely hidden somewhere behind the fog of war.

You also can't found cities within the borders of another nation, but all the borders in this screenshot are smaller than the 3 hex radius.

2
Cannot transfer a great admiral to another city
3
Why should I build lumbermill over mine?
8
Civ 6 Capture City State
10
Is there any advantage to destroying another civilization?
0
How do I know how many more defenders are there in a city?
3
What advantages does the Water Park have over an Entertainment district?
4
Cilivization 6 PS4: What is a red circular icon next to city name?
2
Why can't I build a campus district on this tile
12
How did I lose a city?
1
Building Acropolis (District)