Two "Han Empires" on the map?

I'm playing Lü Bu in Total War: Three Kingdoms, and I've got enough prestige to declare myself king around winter 200.

If I do that, it sets off the "Emperor!" land rush and suddenly the map has these three kingdoms: 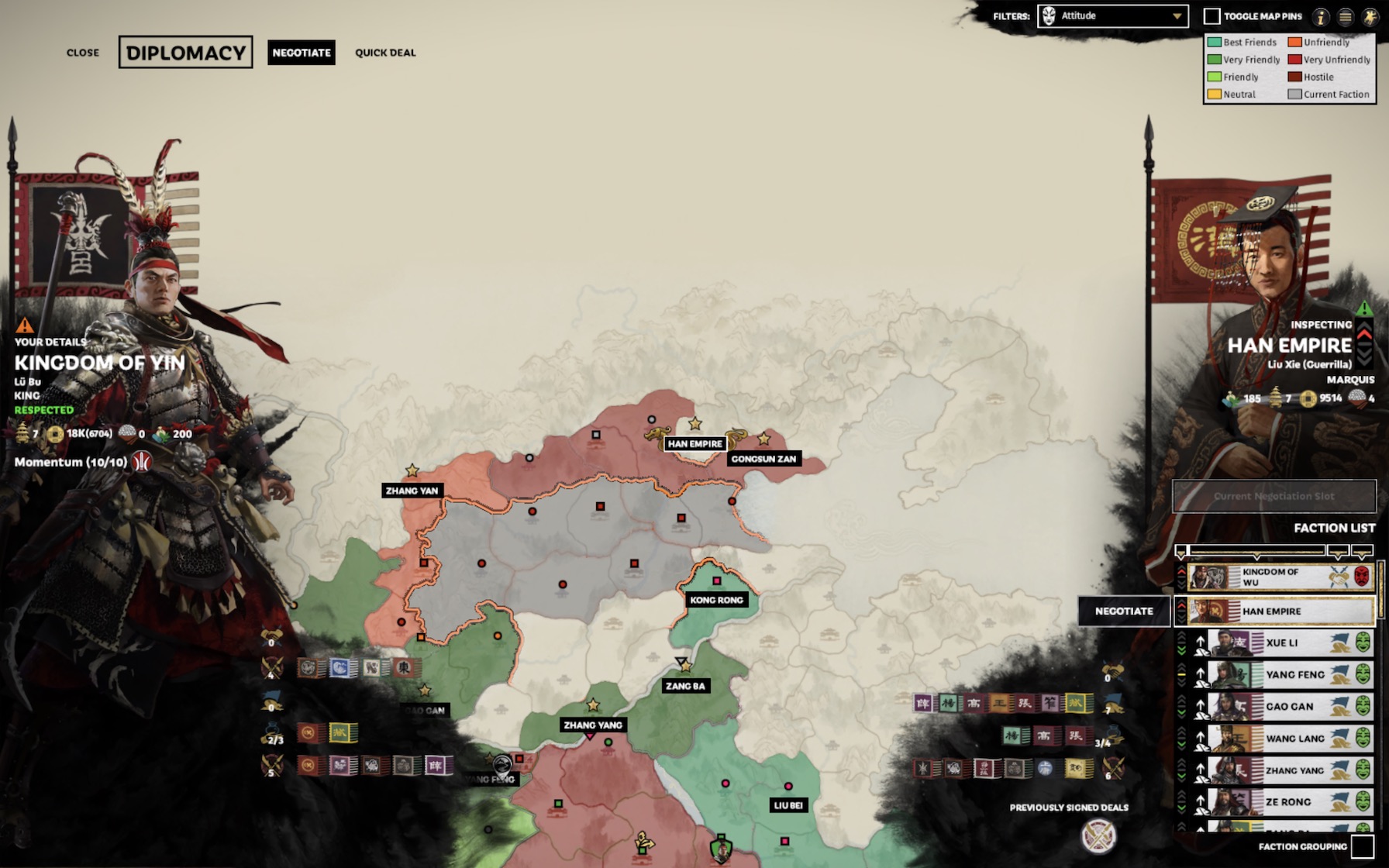 But, there's still another Han Empire faction — the original Han rump state that gives you vassal income if you control the Emperor — on the map. Except they're fully independent now. (In fact, I have the option to vassalize them, though it's a pretty costly deal.) 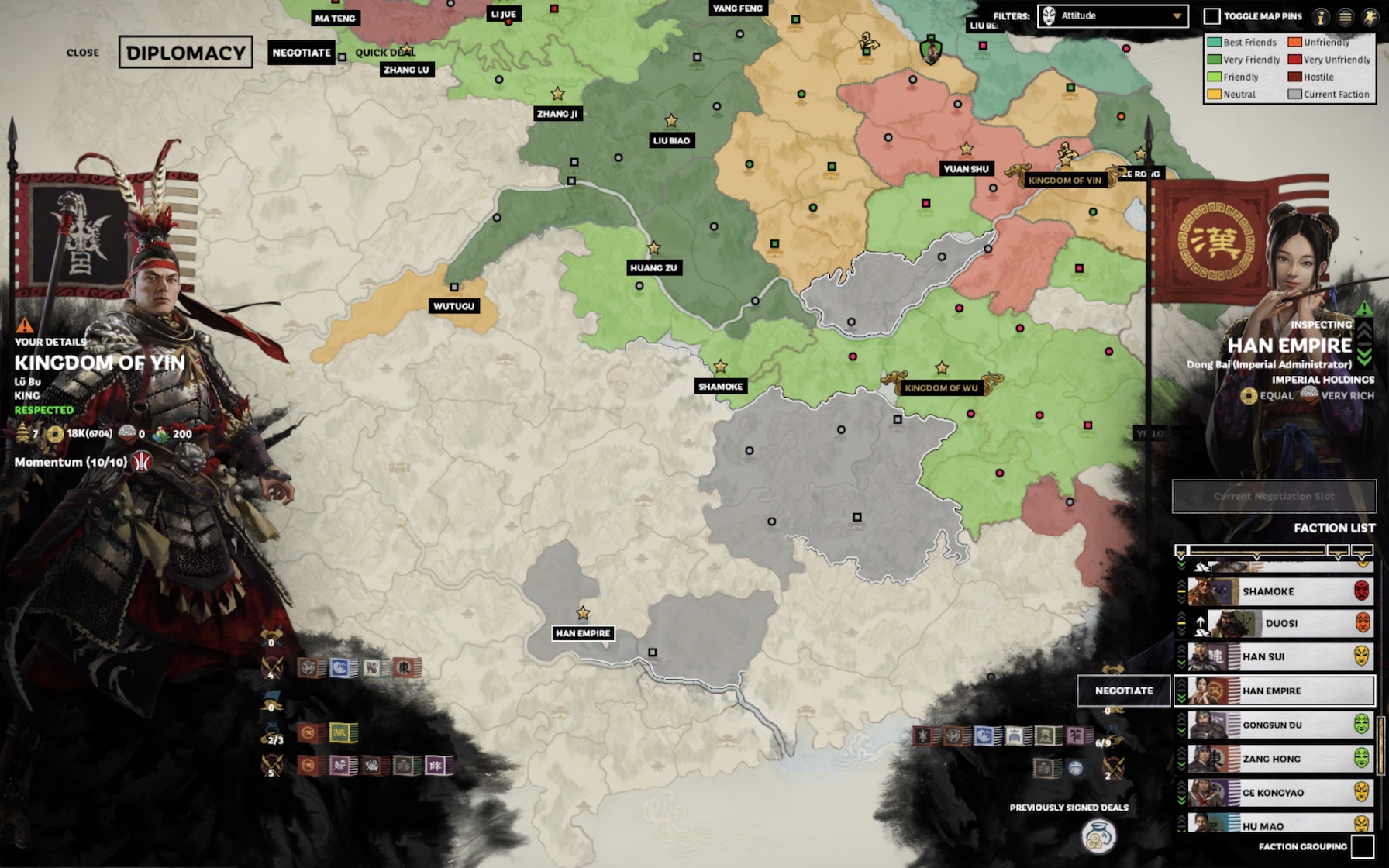 I've played plenty of campaigns before with the puppet emperor, and even claimed him as a vassal myself a few times, but this is my first time playing the game with the newer "Emperor Xian takes over a whole faction" mechanics.

What will happen to the original (moribund) Han Empire now that there are two Han Empires on the map? Can I continue to interact with them normally (and vassalize them / annex them, e.g.) or are they a bit "busted" now? Does the new Han faction gain any power over them (since it's led by the guy who used to be the puppet baby emperor)?

Browse other questions tagged three-kingdoms-total-war or ask your own question.

4
What is the advantage of matching Characters with their recommended troop type?