What champions scale the best in League of Legends

In League of Legends I know different champions have different strengths in the game. I want to know what champions, maybe top 20, scale the best. This means that they are weak early but are strong later in the game. Example: Kayle is a champion that at level 1 has melee attacks and does little damage, but at level 6, 11, and 16 she gets stronger like more attack speed, ranged attacks, and waves of damage. I want to know if other champions scale like this.

These three champions have a scaling mechanic tied to their level.

I won't detail all of them but each of them has an infinite scaling mechanic in their kit.

If further informations are needed, do not hesitate to visit the wiki to consult these champions abilities here

A lot of champions need their 6th level

Kassadin is the best example in my mind. He's not too weak early but his R changes drastically his threat level. Same thing for Malzahar, Mordekaiser or Skarner.

With her ultimate ability, Zeri can gain infinite movement speed. Check on the wiki or Youtube if needed.

I won't get into build dependent scaling

They are highly dependent on champion, matchups, skill, team comp. Just know that a full stuff ADC is a killing machine.

And I probably forgot some so do not hesitate to suggest edits.

The answer will change every other patch. To find out the current meta for late game champions and for a more statistical approach to this question, you can refer to this graph on lolalytics (and some other stat sites).

Example: Rek'Sai is notorious for being a menace early and falling off after players start grouping up. It's well represented in her chart.

Similarly, Kassadin who's infamous for being a late game champion has his win rate climb up steadily throughout the game. 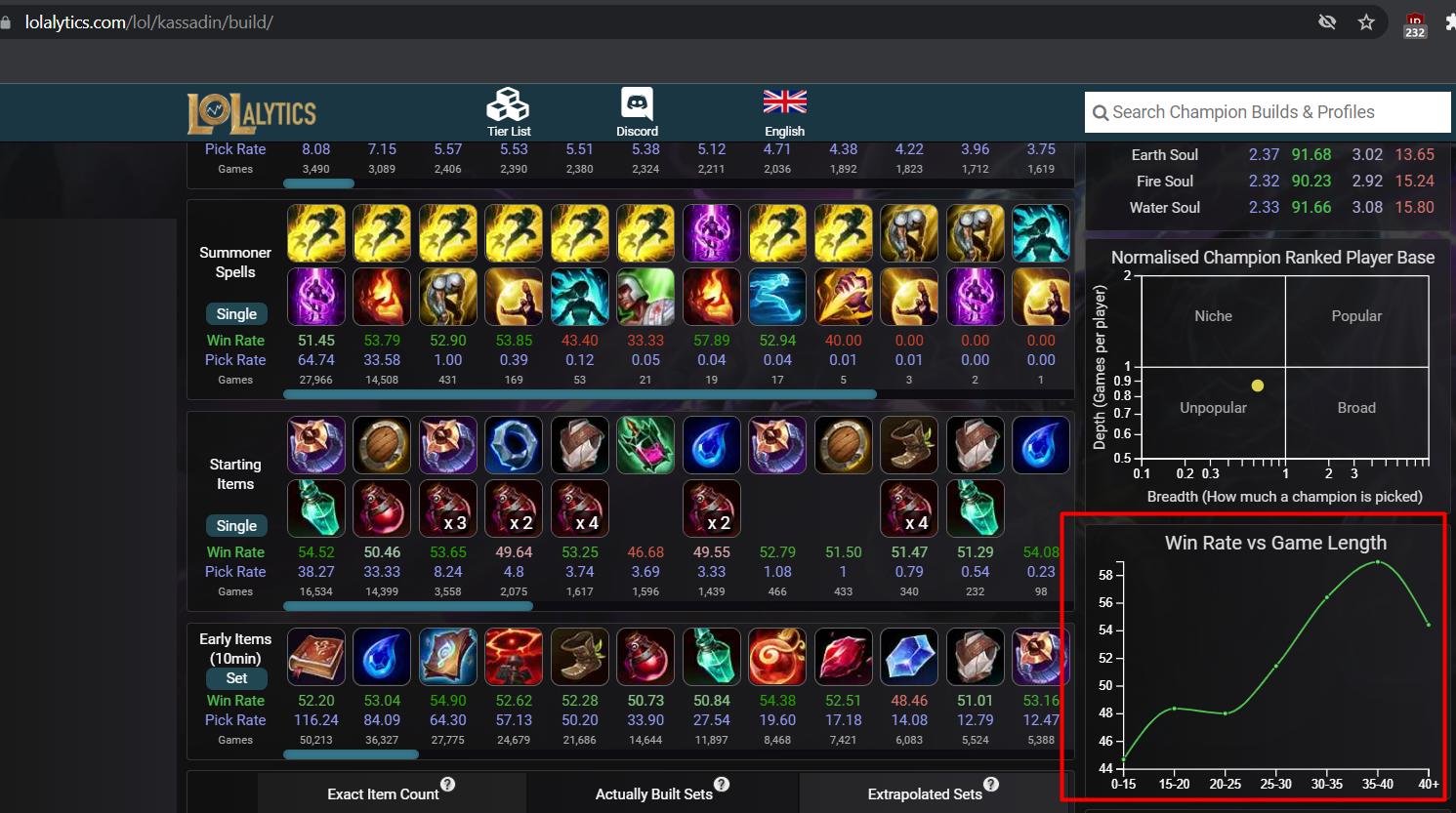 League has an API for this which lolalytics is using to get it's data, you can probably write one on your own to compare it as well.

6
Which are viable tanks on League of Legends nowadays
2
Should I try to Counter Pick the enemy champion if I do not know how to play the Counter Pick itself?
4
What stats of Malzahar's do the Voidlings mimic?
14
How to pick the best support for your ADC?
6
How to counter early-game Ignite?
1
How can I dump every single champion sounds in League of Legends?
4
Risk of data usage with League?
3
How do I mark stats and specifics about enemy champions or map conditions?