How do I correctly rewire this 2x3 flush piston door in 1.12.2 Minecraft Java Edition?

Update: I ended up switching to the other door design, the one that doesn't require target blocks or redstone directly on top of the pistons.

I have added more images to the post to show where the wiring runs into the back of the eyes and what it looks like if I remove the extra blocks and place wool for the eyes. If it's able to be rewired around the extra blocks, I would like to do so. I also added an image of where the lever is placed on the design as it is now, because now I am struggling to move that input elsewhere as that lever block runs directly into the cat face and placing the lever anywhere else that doesnt run directly out of the front of the face breaks the door so far. I am probably missing something very obvious, but I am a redstone beginner. Suggestions? 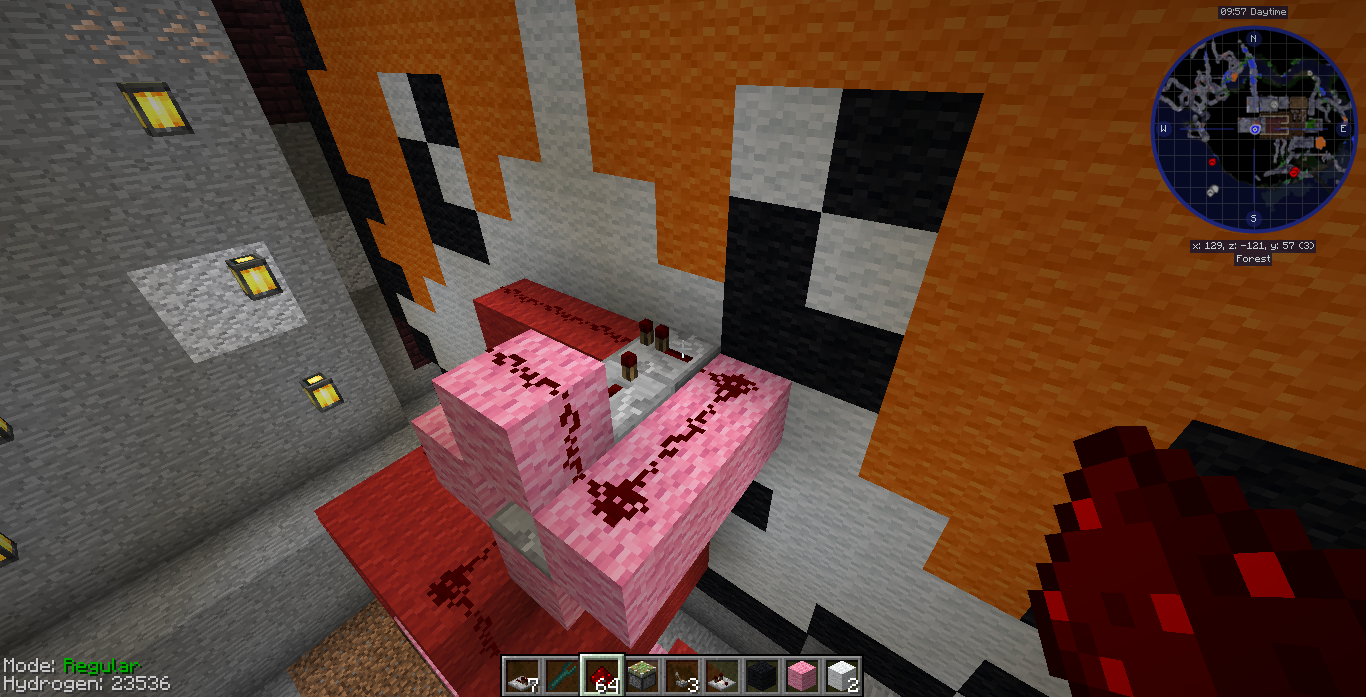 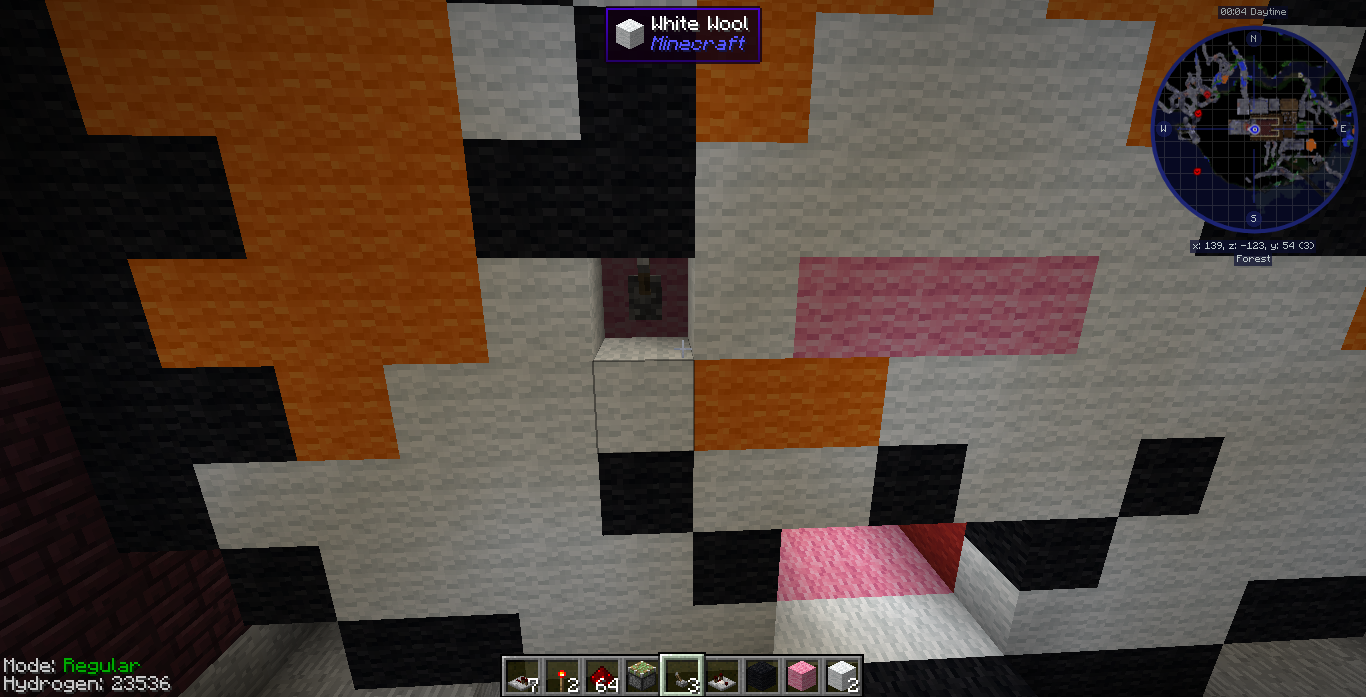 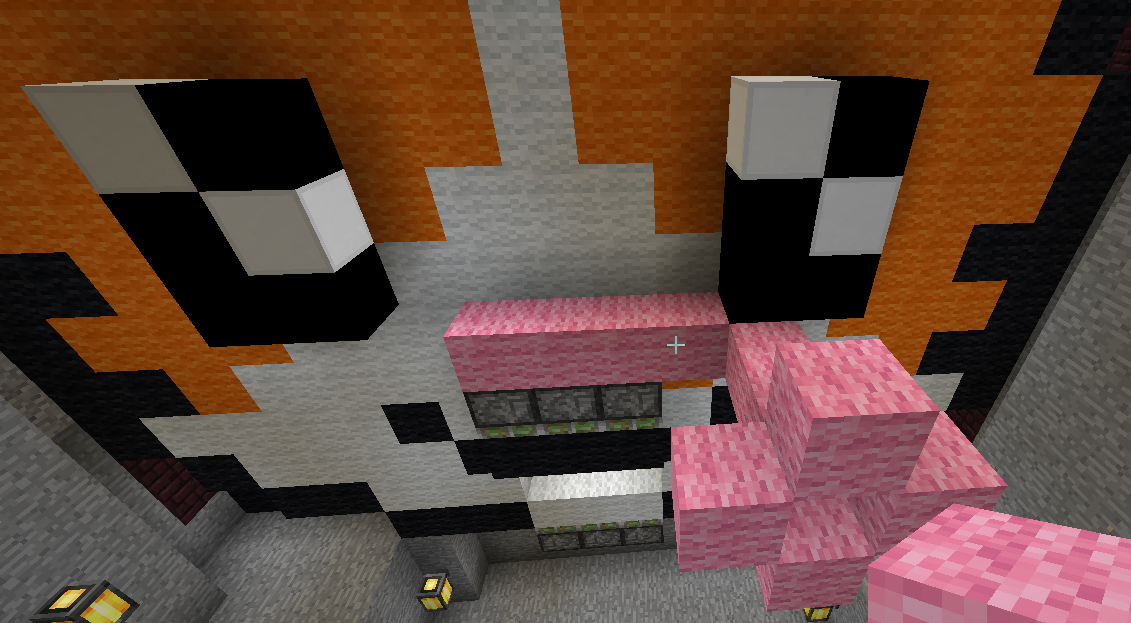 I am building this 2x3 (two tall, 3 wide) flush piston door in Minecraft 1.12.2 Java Edition but am having some trouble with fixing the wiring so that it powers all of the pistons correctly. The original design used target blocks but as I don't have those in 1.12, I replaced them all with repeaters. However, I am still having many issues trying to get the pistons correctly powered and timed.

The door is supposed to retract one block before splitting in the middle and sliding up and down into the ceiling and floor. Because I cannot place the redstone and activator rail directly on top of the top pistons, as they will pop right off of it immediately when powered, it is a lot more difficult to wire this thing properly as a redstone beginner. Also, some of the door blocks, when I attempt to rewire the top, will spit out in incorrect positions or not at all. I tried placing blocks on top of the pistons with redstone and a rail on top but it doesn't work.

What specific changes would you suggest I make in order to make this door work in 1.12.2? Otherwise, are there any other 1.12 compatible 2x3 doors with mouth-like opening sequences that you could recommend? I made a giant cat head (15x17) and I want it to eat people.

The other door featured in the original reddit thread works too, by the way, but does not fit within the space I need it to and thus would need to be completely rewired on top as well. There is a world download for that door also in the comments of the original thread if you would like to see it and suggest modifications I could make to it to make it fit into my build. (If the only way is to remove the fancy sparkly eyes and replace them with plain wool, I can sacrifice them, but I'd rather try to find a solution that allows them to exist).

Credits, images, and original reddit thread with world downloads for both doors mentioned included in imgur link below:

Also, here's this link to give you an idea of the space I'm working with:

It's worth noting that I don't have targets or honey blocks, and furnaces are not redstone compatible in my modpack. However I DO have several mods that add redstone components such as RFTools, OpenBlocks, Random Things, Quark, and Ender IO. A version of the door I want that uses any of these as a workaround for the aforementioned wiring issues is also welcome, though I haven't worked out if/how I could use them here yet myself.

Any ideas or suggestions for how to make this type of door work in my 1.12.2 Java world? 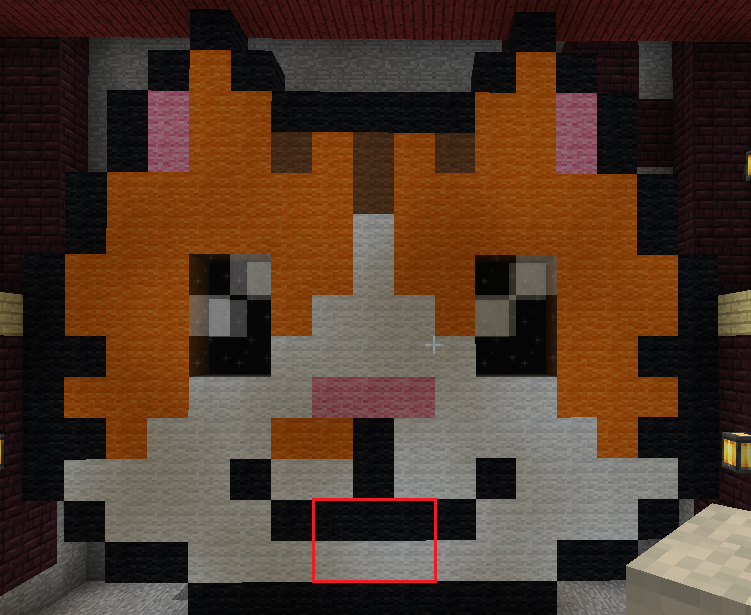 Redstone questions are really difficult to answer online. The best advice would be to follow a tutorial step by step, and through trial and error, you'll eventually figure it out. Perhaps build just the door first in a test world to make sure it works, then recreate it when you are ready.

You also mentioned that you are trying to follow a newer design. I cannot say for certain, but that exact design might not work in an older version.

Another suggestion would be to have the door open to the sides instead of the floor. I remember using a design back in the day that worked reliably in those older versions. And looking at your linked post, it is SO much more simple than whatever you are trying to do. The one in the redstone handbook: https://th.bing.com/th/id/R.06d3ebc47c3e3f67561a6e30962a6e02?rik=PGfI5ZfjR6O7dw&riu=http%3a%2f%2fi.imgur.com%2fYszNE25.png&ehk=re1upyKHk5%2bB6LByVfvvA1BAPVw%2fs4Vn0MHomKqOKGU%3d&risl=&pid=ImgRaw&r=0

Edit, I understand why you are trying to do it from the top and bottom though, perhaps a similar design can be rotated?

6
How can I get this redstone blast door to do what I want?
18
What's the largest size of "door" I can open with a single switch?
3
How can I make a reliable piston door?
2
How to put sticky pistons on a delay?
1
How do I use redstone repeaters to stretch the redstone limit?
3
How to make this redstone circuit that displays a Minecraft creeper face using pistons if the lever is set to its on position thinner?
1
How to enable redstone wiring with a flick of a lever?