In the "Assassin's Creed: Odyssey" Atlantis DLC, chapter 3, there's a quarry in the outer ring called 'Atlantis Latomia'. Whenever I approach it, the game crashes to desktop. I've tried approaching it a variety of ways now. I've approached from the northeast, swimming across the canal. I've approached from the southeast after looting the Doma of Dioprepes. I've stopped out of sight of the quarry entirely and swapped over to eagle vision and tried to use Ikaros to scout the place out.

It might be GPU related. I happened to have the resource monitor up when a crash occurred, and it showed that it pretty much maxed out '3d rendering' before crashing (see top-left in the screenshot below.) 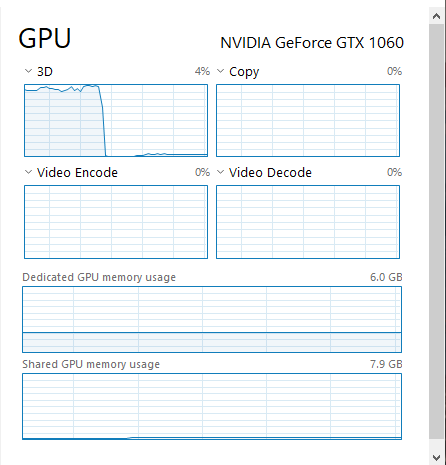 I also managed to screenshot it when it froze immediately before a CTD, with the game's process monitor on. It shows GPU at 95% as well. The red tent under Ikaros's left wing is the one that always seems to trigger the issue. 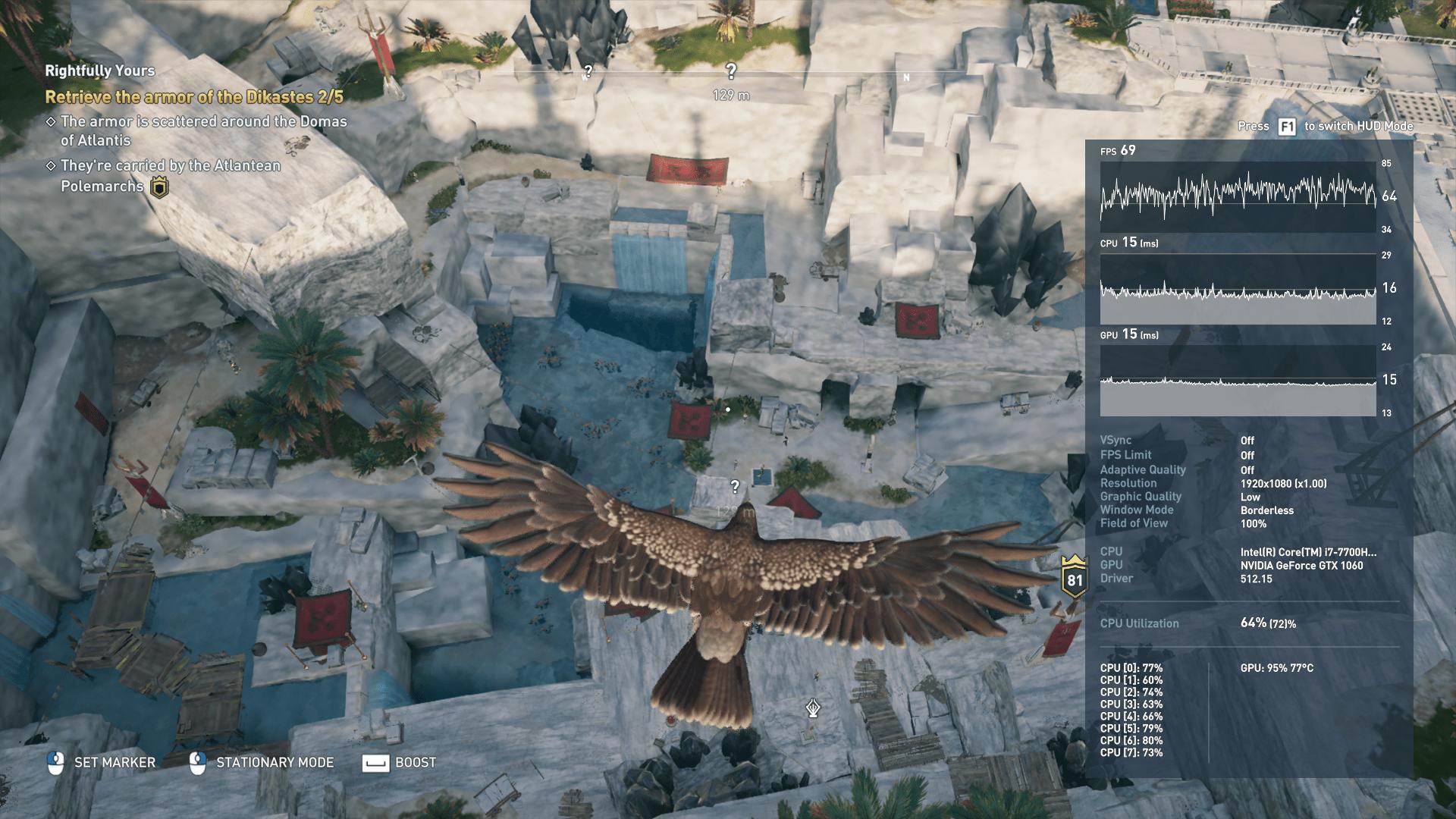 I tried setting the graphics settings to 'Low' (my usual is a custom mix somewhere between Very High and Ultra), but the same thing happens at the same place -- GPU spikes and pegs at 95%+, freeze, crash to desktop. The screenshot above is actually from when I was playing with low graphics settings.

Is there a workaround for this? I can't progress in the main quest because of this, since the target of the 'Through the Cracks' task of the 'Good from Far, Far from Good' quest in the main progression. Googling around found a number of several-year-old reports of "random crashing", but this doesn't seem random, it's specific to this one area. I've never had the game crash before now.

Turns out the problem was corrupted game files.

After getting quite stuck -- the main quest of the DLC requires you to go to the quarry -- I continued googling around for solutions to this problem. One thing that came up repeatedly with regards to Elysium was game corruption that seemed to "just happen" as you played through the DLC. I'm well past Elysium (that was Chapter 1), but I figured it was worth a try.

I went to Steam and verified the game files, which took about 30 minutes. Lo and behold it found a corrupted file! After having Steam fix the installation, and relogging into the Ubisoft Connect bloatware, I was able to enter the quarry.

At this point I have:

Now, I'm sure it's possible that the actual solution was disabling the Ubisoft overlay which I also did (sorry, this was a bad experiment design!) but at the end of the day the problem is resolved.

For anyone who doesn't know, to verify your steam files, go to the game properties via the context menu and select the option under the 'local files' tab. Right click > Properties ... > Local Files > Verify integrity of game files...

2
Battlefield 3 crashes only when flying
3
How can I fix a loading screen crash in Grand Theft Auto IV?
7
Why is my game constantly crashing silently to desktop with no error message?
5
Assassin's Creed III Random crashes
5
Watch Dogs crashes to desktop after playing for a while
5
Crashing in Siren's Alley
4
Immediate crash during start up