What is this icon of a controller with an upward arrow trying to indicate?

I'm playing "Detroit: Become Human" on PC via Steam. I've hooked up a Playstation controller since the keyboard+mouse controls are so strangely nonstandard.

The game shows me prompts of what buttons/combos to select to do different actions, but there's one I just can't figure out what it's trying to tell me to do: 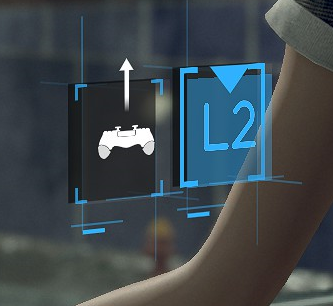 I don't understand what the icon on the left is trying to tell me to do. I'm holding down the L2 key which is the icon on the right (hence why it's colored blue), but I haven't been able to figure out what I'm supposed to do in addition.

For further context, I'm currently playing as 'Kara' and am cleaning Todd's house. This sequence of actions is when I'm attempting to "ventilate" the rooms; if I manage to figure out how to activate it, Kara will open the window.

Here's the full view of the current scene: 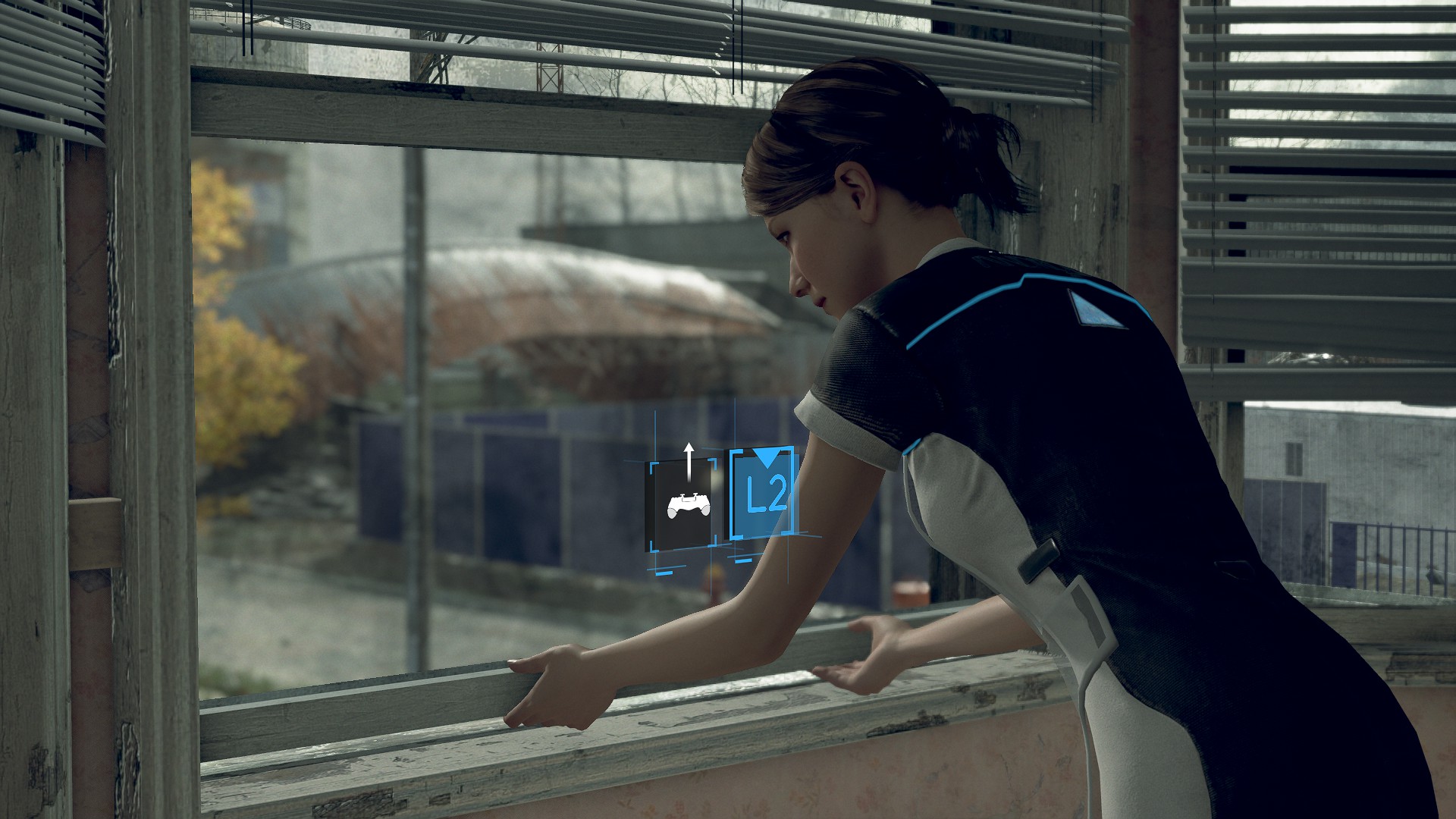 Actions I've attempted in order to satisfy the prompt:

What action should I be doing when I see this icon that looks like a controller with an upwards arrow?

controllers detroit-become-human
Share
Improve this question
asked May 8 at 3:44

Thanks to the comments/hints from Timmy Jim and Pinckerman, I've managed to figure out what is going on.

This icon means lift the controller, and apparently, this works on the PS4. This does not work on PC.

On PC, what you need to do is rotate the controller 90 degrees so that it is perpendicular to the floor. If you're holding the controller straight in front of you, rotate your wrists so that the front of the controller is facing your chest. This needs to be a sharp/abrupt action, so no gentle rotation.

Note that there's a similar icon with a downward arrow: this means lower the controller, and similarly you need to rotate the controller -90 degrees so it's perpendicular. (Basically, the opposite motion from the rotate upward; you'll end up with the front of the controller facing away from you.)

Not the answer you're looking for? Browse other questions tagged controllers detroit-become-human .

12
How can I identify a counterfeit Xbox 360 controller?
39
What is this hole for in the controller?
1
Is this Dualshock 2 controller bootleg?
5
What console is this light gun and controller from?
19
What system is this controller for?
1
How do I connect a second controller to Minecraft Dungeons?
21
What controller is on this t-shirt?