How to get "Arbalistic" hidden achievement?

How do I get this hidden achievement, "Arbalistic", and what is the best/fastest way to do so?

minecraft-java-edition achievements
Share
Improve this question
edited May 27 at 13:58

The following guide is from Sportskeeda:

This hidden achievement is one of the easiest ones to get, and involves killing 5 different mobs using a crossbow. Best mobs to use are:

You also need a Piercing IV enchanted Crossbow (at minimum), an iron axe, and some building blocks.

To get the process started, players will want to create a hallway that is one block wide and six blocks deep, and this will be used to accommodate and line up the necessary mobs. Ideally, the hallway should be about two blocks high, with the front partially blocked in its middle row. A slab should also be placed in the middle to prevent smaller mobs from escaping from the middle block. 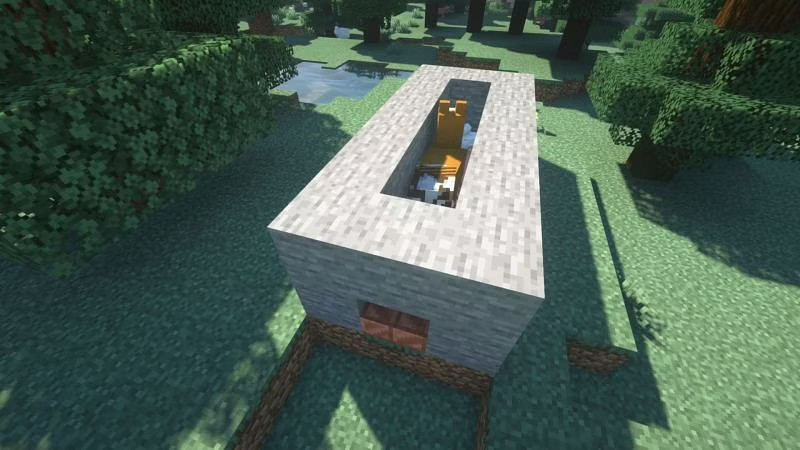 Next, Minecraft players will want to place a small 3x1 or 3x2 hole in front of the 'kill hallway'. This will allow them to stand in the hole and line up their shot through the slot created in the hallway.

Finally, players will need five different animal mobs (duplicates won't work, and hostile mobs work as well but are tougher to corral) to place within the hallway. Popular picks include chickens, sheep, pigs, cows, and goats (using a lead and bringing them into the hallway before sealing it off is incredibly helpful in Survival Mode).

Before lining up a shot with their Piercing IV Crossbow, Minecraft advancement hunters will also want to take an iron axe and use a fully-charged strike to injure their mobs to near-death (chickens and sheep typically don't need to be hit, while mobs like llamas may need to be hit multiple times).

Once the Minecraft mobs are injured and players have their crossbow at the ready, they simply need to stand in the hole and line up their shot. Once the arrow is primed, firing it through the center slot should kill every mob within the hallway in one shot due to Piercing IV's effect.

Not the answer you're looking for? Browse other questions tagged minecraft-java-edition achievements .