What determines the booster types received when releasing a blade? 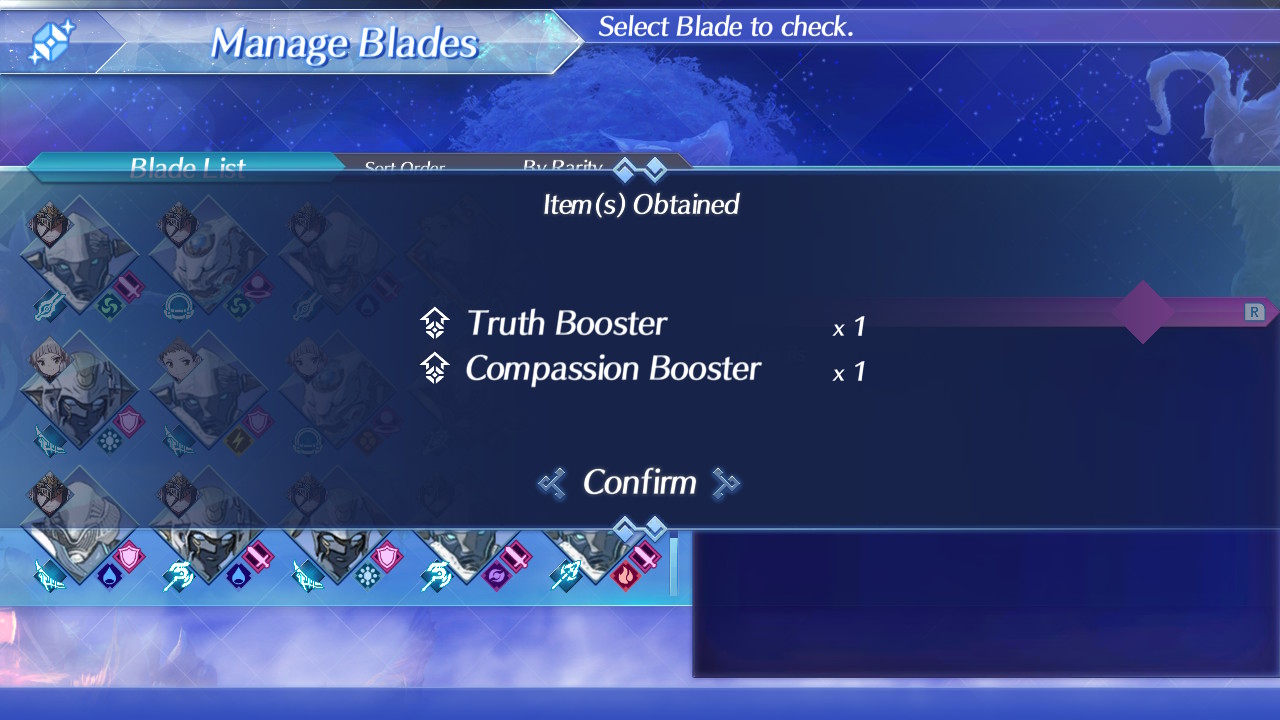 As the Xenoblade Chronicles 2 wiki states:

Releasing yields certain resources to the player, usually boosters corresponding to the Blade's element. The quantity and type of items received upon release is determined by the Strength of Blade.

And according to several sources:

2
What are the special Blades Gramps mentions (and how are they unlocked)?
4
How does Overdrive impact Affinity Chart of Blade?
2
What do the ideas do?
2
What types of shops usually sell deeds?
0
What happens with Trust Blade gets on Trust level A?
2
Is there a way to skip the cinematic when resonating with a blade?
1
What determines the initial damage multiplier of a chain attack?
2
What is a Blade Combo finisher?
2
What happens to items equipped to a character that leaves the party?