Minecraft will not spawn any pigs in this area. It fits the required dimensions on the Minecraft Wiki.

"A monster spawner is only active when a player is within 16 blocks of it. While the block is active, it will spawn mobs within an 8x3x8 block area (8x8 wide and 3 high), centered on the corner of the spawner block with the lower x and z coordinates. Mobs can spawn anywhere in this range that is suitable, even if the immediate vicinity of the spawner block itself is not suitable."

Our area fits these dimensions exactly, why wont pigs spawn? Picture of area: 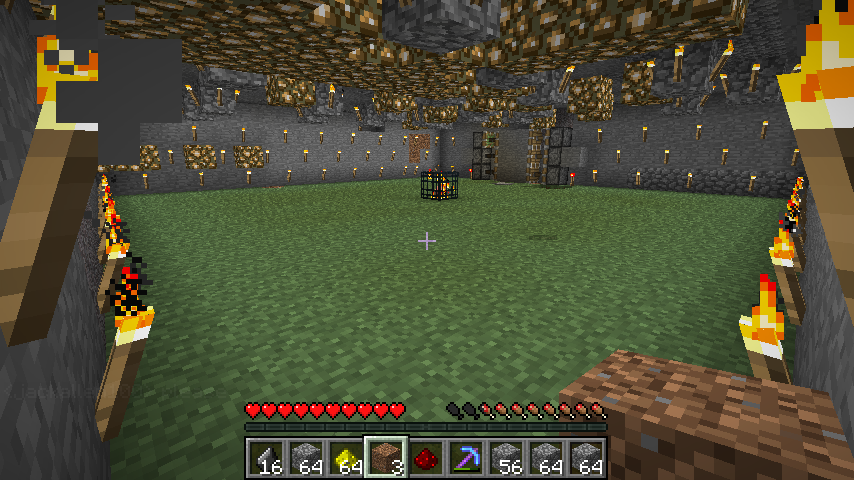 The conditions shown in your screenshot should be able to spawn pigs, assuming it's a pig spawner. I did a rough recreation of your setup in my world. 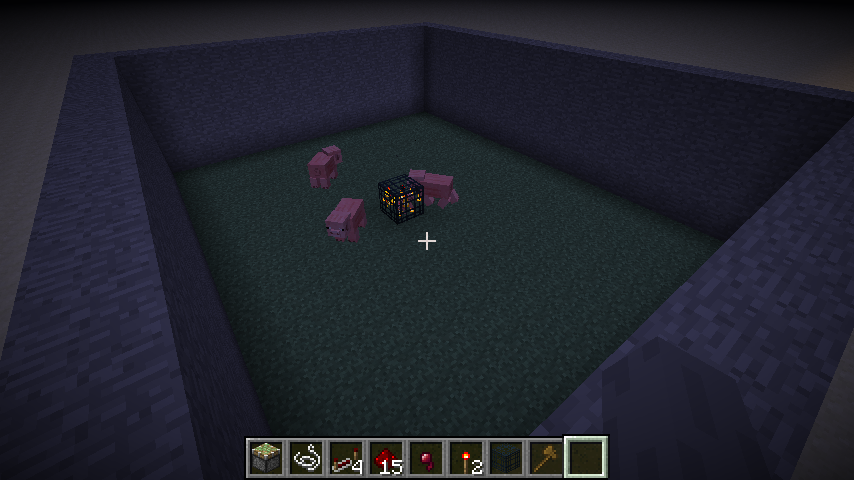 Even in the dark, pigs were spawning, and within seconds of placing the spawner, so it's not as if you aren't waiting long enough. (Yes, the pigs also spawned when I surrounded the spawner with Glowstone). Because of this, I have a feeling that the spawner in your image isn't actually a pig spawner; it's likely a zombie spawner, or some other hostile mob. This is especially likely if you found the spawner and it wasn't manually placed by anyone, since there wouldn't be any natural pig spawners around.

Like Kevin Reid said, you could test this by making the room dark and seeing if any hostile mobs spawn. If you have admin privileges (and don't feel like this is cheating in some sort of way), you could use /give 52 1 to give yourself an actual pig spawner, place it in the room, and see if that one spawns pigs, just to verify if this is an odd SMP glitch that is only happening for you.

Or maybe the pig spawner needs an 'minimum' Y coordinate to be.

Squids can't spawn, if you are below level 60.

15
What is the real truth about Minecraft mob spawning?
23
Will monsters spawn in a Minecraft dungeon if you flood the floor?
10
How does Height play into hostile mob spawns?
10
Overworld zombie pigmen spawns
3
Mob spawner - how far do mobs need to be from the spawner for new mobs to spawn?
2
Mob farming: 240-radius of air vs. 128-radius of lit caves
4
What blocks are iron golem spawn proof?