In my single player world, I landed my airship (pchan3's mod) to kill a few endermen, instead, I got killed by some mobs and lost a bunch of stuff. My spaceship is still out there (and probably my loot too). Is there a tool/mod with which I can process my world to find the location of the airship (and the dropped items) ?

Another tip for the future for vanilla players who still use F3:

When you die, do not respawn. Instead quit to the main menu. Now open up a different world and hit F3. Now quit that different world, and go back to your main world. You'll still be dead, but now you'll be able to see your coordinates. Hit F2 to take a screenshot and you can then respawn and run to the coordinates that you've screenshotted.

Note that the items you've dropped will not despawn until they're in a loaded chunk for five minutes (cumulatively). So, if you're a LONG way away, take some time to gear up properly; you don't need to hurry until you're close enough that those chunks are loaded again.

This is a tip for the future. I've noticed, that you are OK with playing non-vanilla, so I recommend you to install the Rei's Minimap. It's an awesome map mod, with all kinds of useful utilities, including the automatic death point logging (don't forget to turn it on) - it will put a cross on the place, where you died the last time.

However, these crosses accumulate pretty fast, so try to remember to delete them from the map, if you don't need them anymore. Otherwise, some day you will run a couple of thousands of blocks just for nothing.

You can use the tool itemfinder. It lists all dropped items in the world, sorted by age and last chunk update. 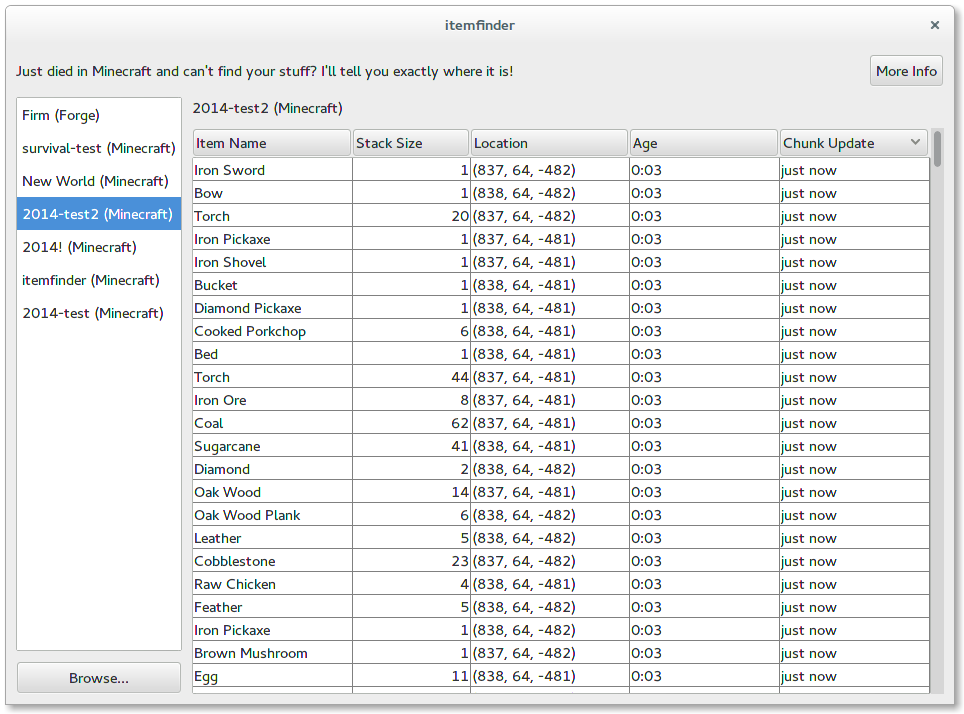 You should be able to look around your world using an map editing tool such as MCEdit to find your airship and items.

All the answers here either show tips that can't be used if you are beyond the death screen or link to 3rd party apps that are either outdated or not available on all platforms.

It shows you a map of your world where you can optionally display entities like dropped items (See View|Entity Overlay|Items or press Ctrl+i). You'll find your inventory in no time. 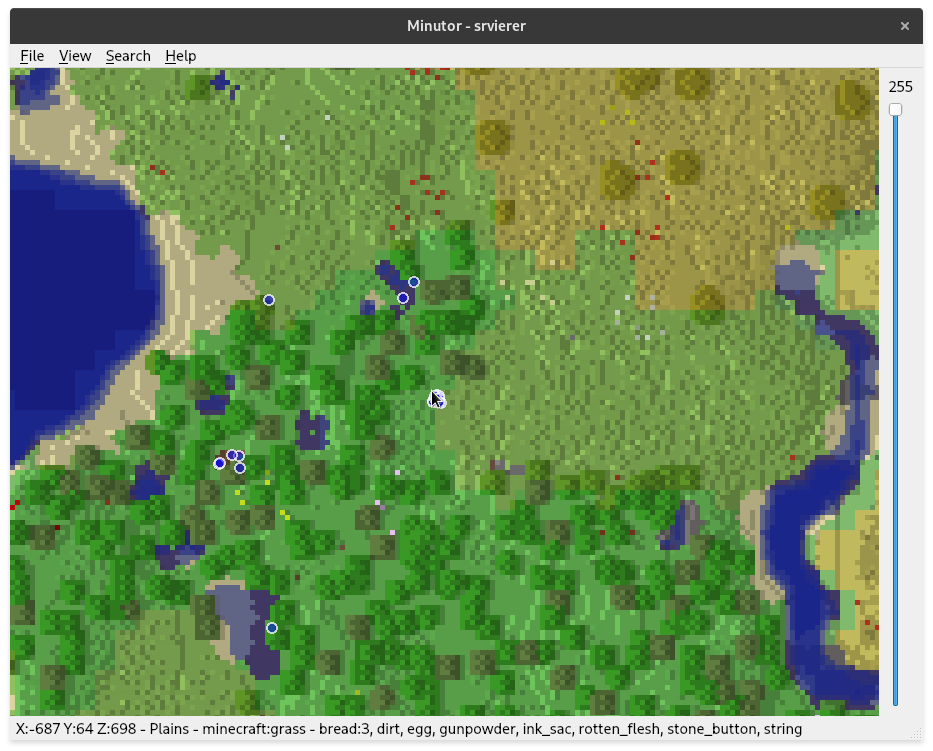 This is a small improvement to Scindix answer. Minutor make it hard to see where you exactly died.

Change Minutor::jumpToLocation in minutor.cpp to this (adding textbox with the location), so you get a popup which shows you the location of your last dead (only x,z coords, not the height).

Not the answer you're looking for? Browse other questions tagged minecraft-java-edition mods .

11
Is the info in Minecraft Canary about a location that causes the most mobs to spawn still relevant?
2
How can I recover from a world wipe due to the Technic Pack?
0
Items get forgotten by crafting logistics pipes when the world is reloaded
3
Minecraft Big Dig Pack - No Hostile Mobs Spawning
13
No hostile mobs spawning in minecraft
3
Why is there a zombie that simply refuses to attack me?
6
Determining Minecraft mod abilities/effects
2
Summoned too much items
2
How to replace blocks and items in Minecraft .mca files?