What are the Dinosaurs for on Wake Island?

There are 5 or 6 dinosaurs 'lost' on Wake Island in the latest Battlefield 3 DLC. What are they there for, or what do they trigger once you find them?

They're an easter egg put in the game due to a meme that spread around the internet originating on 4chan because of a lack of dinosaurs in Call of Duty: Modern Warfare 2.

Basically when Battlefield 3 was announced, everyone was asking if there'd be a dinosaur mode.

Since they weren't actually putting a dinosaur mode in (or maybe they will in the future :P) they left lots of dinosaur related easter eggs around, one of them being the dinosaurs on Wake Island, another being the Dinosaur Dogtags and a third being this wallpaper that they circulated: 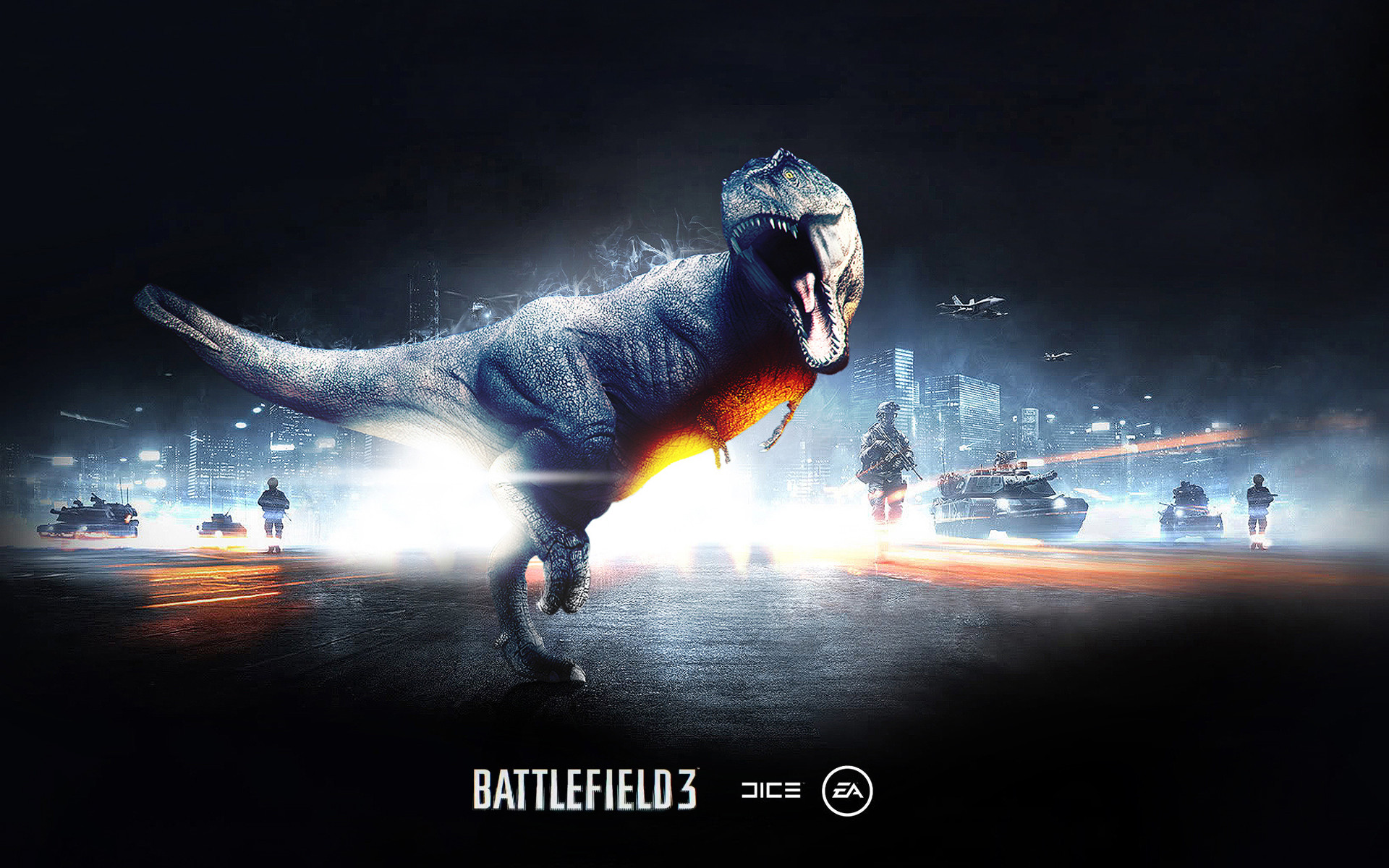 8
What do these bars below my inventory at the Deploy screen in Battlefield 3 mean?
25
What are “additional points” awarded for?
9
What is the best way to level Co-Op Score in Battlefield 3?
4
I keep having to unlock the same things over and over again for Battlefield 3
3
What would the the most appropriate layout for a sniper in a Close Quarters map?
4
What is the M320/GP30 LVG's use or purpose?
2
Have map rotate to be the direction you are looking
0
What's the difference between “Highest Kill Streak” and “Kill Streak Bonus”
4
What multiplayer modes are available in the DLC and what do they do?