How can I tell that I'm gaming with both my GPUs?

I recently got a new computer which has two NVIDIA GTX 560 Ti's. I quickly installed Battlefield 3 and put all the settings on Ultra to see if I could get a better FPS at that quality than I could with my previous GTX 260. There was an improvement, but I can't tell if Battlefield 3 is using both of my 560's or not.

I'd like to know how to tell when a game (doesn't have to be Battlefield) is using both GPUs.

For most graphics cards, GPU-Z will tell you how much a graphics card is being used, along with a variety of other useful stats.

Load up two copies of GPU-Z, and set one to monitor the second GPU. Switch both to the sensors tab, and tick the box "Continue refreshing this screen while GPU-Z is in the background".

Then load up Battlefield 3 - Set it to be windowed so you can see the GPU-Z sensors, or have the GPU-Z windows on your second monitor.

If the GPU load on both GPUs is a reasonable number, then Battlefield is using both GPUs.

Keep in mind that Windows and other background programs can load your GPUs as well. If the usage is above 10% though, its pretty much guaranteed that Battlefield 3 is using the card.

Since your cards are so powerful, also keep in mind that they might not be used fully all the time, especially if you have VSync turned on.

In the Nvidia Control Panel, there is an option to "Show SLI visual indicators".

It will show a ugly green bar all over the left side of your screen, but you will definitely know if its working or not.

This is especially useful if you only have one monitor. 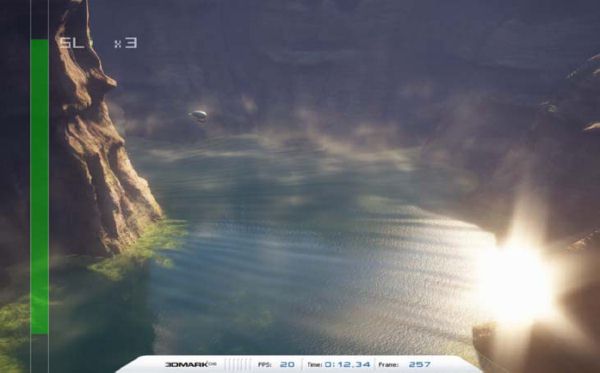 Just one of the 560 Tis would be a significant improvement over the 260. I presume you a running a Dual SLI setup (if not, then there's no way they are both being used). As best I can tell from researching this, there is not a way for you to tell whether both cards are being used at a specific time, but you can run any number of free benchmark tests to determine the performance you can achieve. I would assume that using SLI, both cards would be being utilized because of how SLI is designed. You can read up more on SLI here:

Not the answer you're looking for? Browse other questions tagged pc graphics-card .

0
What to look for in a graphics card for Starcraft 2
10
How do I make sure a GPU will support most games?
4
Games slowing down with Xbox Wireless controller on PC
2
Borderless mode on games causes lag
2
GTX 970 running at 80°C playing ARMA3 on singleplayer
11
Extreme FPS Drop in Counter Strike Global Offensive
8
Frequent hitching and stuttering in Metal Gear Solid V: The Phantom Pain: what causes this?
2
Why does Fallout 4 load with broken textures?
2
Vampire: The Masquerade -- Redemption refuses to use dedicated GPU, relies on Intel HD Graphics instead
2
Gigabyte Gpu GTX 960 suddenly too slow for dx9 games