I've noticed some graphic noise during a number of Wii games. A bit in Wii Fit, New Super Mario Bros., and most recently Skyward Sword. I don't play often enough to bother me but the amount of time I've sunk in to Zelda has prompted me to ask the collective Internet.

I have this Wii hooked up via component cable. I had the Wii repaired / replaced by Nintendo a few years ago and, honestly, I can't remember if this problem popped up when I got the new console or if this started later.

It almost seems like certain rendering cases cause it. With Zelda for instance, it's much more prominent when I'm in the clouds. Wii Fit, on the main menu. Mario, I remember this showing up during levels only.

Anyone else seeing this? 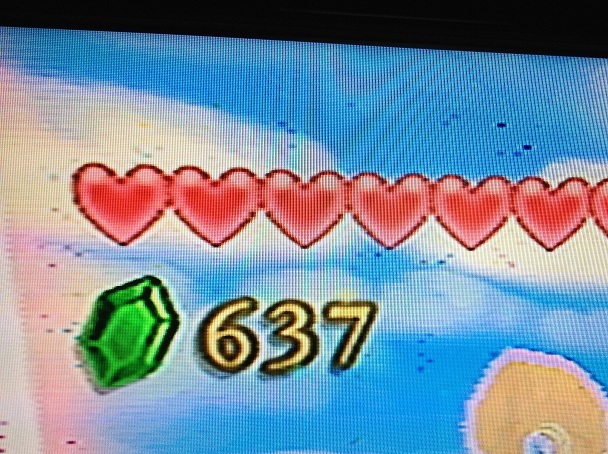 I have the problem myself and only have seen it in Skyward Sword, none of my other games show graphical issues. Some digging online shows it to be a hardware issue--your Wii's GPU is a bit fried. Not enough to ruin the graphics in other games, but since Zelda runs a more advanced graphical engine and pushes the Wii harder with depth of field effects it causes artifacts if you have a bad GPU. Nintendo can repair it, and that should solve the problem, but it may be a bit costly.

One thing to consider is the always-on nature of Wii's internet connectivity. Having the Wii on a constant 24 hours/7 days a week can bring it to a surprisingly hot temperature and probably wears out the hardware faster. Perhaps this touted feature was a bad idea, I can't help but wonder if doing this for 6 years caused my Wii's GPU problems.

Not the answer you're looking for? Browse other questions tagged technical-issues nintendo-wii .

6
Any way to extract music from Nintendo Wii Games?
6
Are Wii games multilanguage (EU Region)?
15
How can I legally try Wii games before buying them?
7
Does the Wii have a system for free (non-browser) games?
8
What are all the sword moves in the Wii version of Twilight Princess?
26
What Wii consoles can play GameCube games?
2
I can't launch recently installed games on Windows Vista?
0
USB Loader GX problem with Wii games