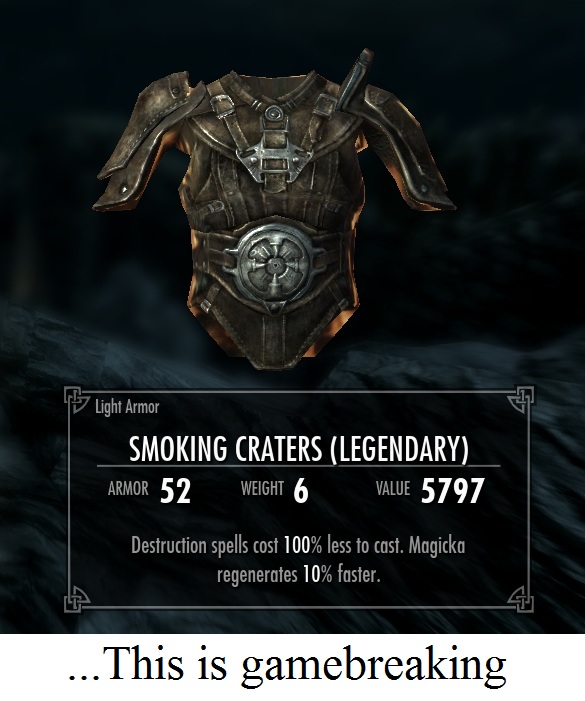 3
Skyrim: Is there a percentage cap to the alchemy/enchanting fortification loop?
0
Enchanting Items above 37%
1
What is the highest amount of Fortify Archery I can receive on a single item?
14
How do I enchant my gear so I can cast spells for free?
5
Enchanting/Alchemy without 5/5 alchemy?
2
How can I do the Fortify Restoration exploit correctly?
-2
Fortify Enchanting Recipe?
0
Smithing capacity?

7
Conjuration Archer + Enchanting or Alchemy or Smithing
11
Why aren't my Enchanting and Alchemy fortifying each other correctly?
4
Secondary Skills for an Archer to focus on?
5
Enchanting/Alchemy without 5/5 alchemy?
17
What is the minimum required perks to reach the armor cap in crafted Dragonscale?
4
Why Is Fortify Smithing Doing Nothing?
2
Skyrim Fortify Smithing Option does not appear