Sneak previews of the upcoming Mass Effect 3 indicate that someone called the "Virmire Survivor", who was in a previous Mass Effect title, is recruitable in the new game.

It's been so long since I've played either of the Mass Effect games that I don't even remember what I did on Virmire, much less whether I encountered any survivors.

Virmire is a planet on ME1 where the player must choose to kill off a squad mate: Ashley Williams or Kaidan Alenko. Ashley is a female solider while Kaidan is a male sentinel. Both are potential romance options for a hetro-Shepard.

In ME2, after the Horizon mission, Shepard has the opportunity to speak to the Virmire survivor:

The former squadmate is highly upset about Shepard's alliance with Cerberus. Williams or Alenko question Shepard's loyalty and refuses to join Shepard's mission. From the conversation, you learn about what has happened over the last two years and what Shepard missed while being on an operating table.

PC Gamer and various other sources have confirmed that the Virmire survivor (Ashley or Kaidan) will be a squad member. According to Playstation 3 Magazine, UK Edition, June 2011, Issue 140, the Virmire survivor has become a spectre. Ashley can also be seen at the end of ME3 extended walkthrough from E3.

Here are the ME3 portraits of Ashley and Kaidan: 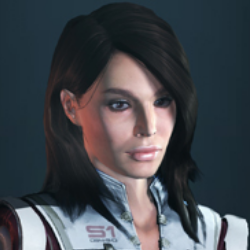 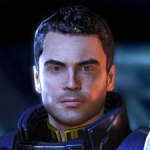 Though this is just speculation, I would assume the "Virmire Survivor" is referencing:

Which party member you chose to sacrifice at the bomb site in the first Mass Effect. "Survivor" being the one you didn't sacrifice. So it's most likely going to be either Ashley Williams, or Kaidan Alenko.

It may also refer to an Asari scientist that you can choose to kill or let go. She appears in ME2 if you do.

But yeah, it is probably Ashley or Kaidan.

22
How can I possibly sleep with everybody?
6
How can I minimise the number of people who die?
7
Can I play as Batarian, Elcor, Geth, Hanar, Rachni or Volus in ME3 multiplayer?

12
Do the Reapers only kill sentient life?
2
Where did the Reapers come from?
2
How does the replay system work?
1
Does the trinket from the Asari consort have any use in the later games?
5
How did humanity miss the Sol Relay
6
How can I minimise the number of people who die?
2
How long are the natural lifespans of the other aliens?
9
Is it possible to fill the memorial wall on the Normandy?