Why does the second build screen only display "more..." in original Civilization?

When I click of "change" in a city in original Civilization and then "more...", I have the following screen : 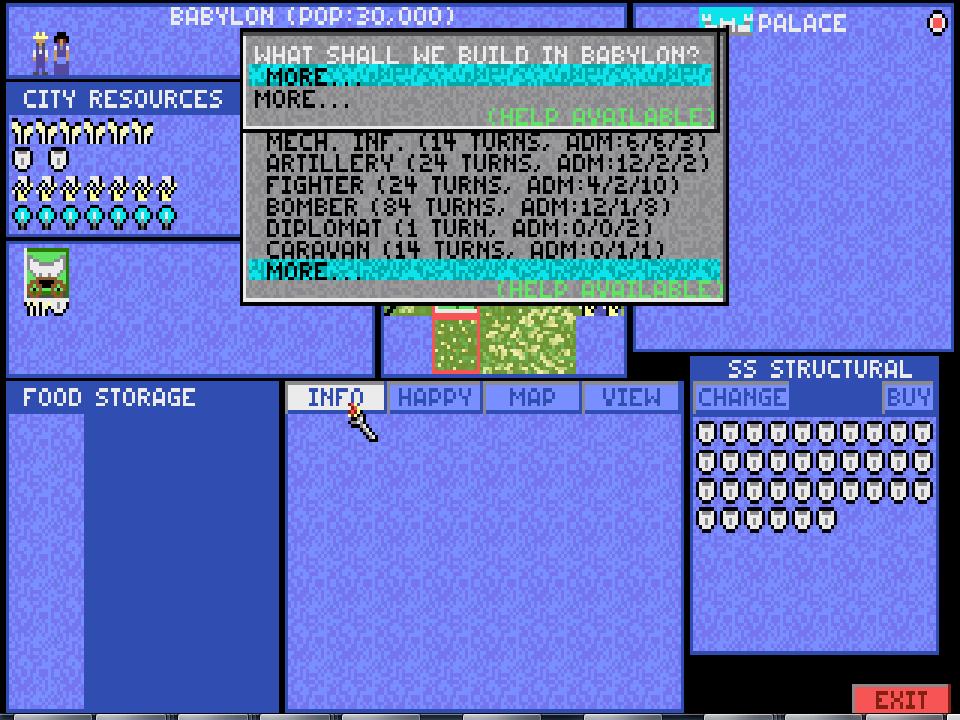 There should be the list of city improvement. Is that a known bug?

Is there a work around?

I went back in my save game and checked at each turn, it is caused by the number of element in the second screen being too high (about 32).

Because the problem is caused by having too many choices of improvements to build in the city, the work-around is to build wonders in cities that have not yet run into this problem.

The most effective wonder to build is Hoover Dam on the same continent, because it substitutes for Power Plant, Hydro Plant, and Nuclear Plant. It thus reduces the improvement choices by 3 or 4.

As shown in the original post, the wonder that is most likely to trigger this bug is Apollo Program, because it enables SS Structural, SS Component, and SS Module. It thus increases the improvement choices by a net of 2.

Not the answer you're looking for? Browse other questions tagged civilization or ask your own question.

7
How to have real full screen with Civilization in DOSBox?