How much unhappiness is generated from cities and citizens?

For me to really judge it though, and build strategies around it, I need to know how much unhappiness is normally generated from cities and citizens. Unfortunately, I don't know this, and my google-fu is failing me today.

How much unhappiness is generated from cities and citizens?

You'll want to check out the resources and happiness tab on the Economic Overview, since the exact formula varies depending on map size and culture bonuses. It also changes sometimes in patches. 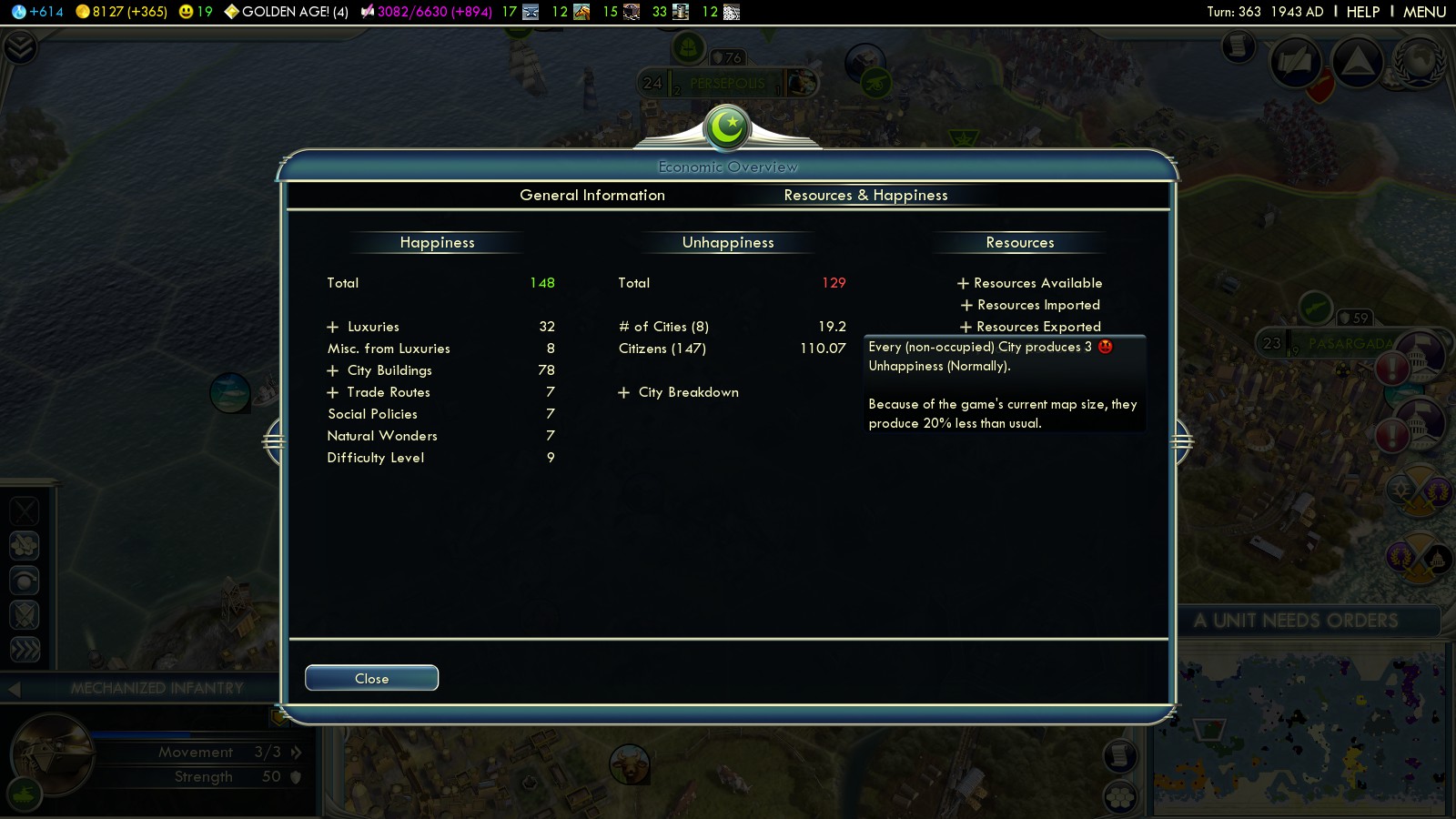 The base formula as of this time is 3 per city, and one per population (Or 1.34 for occupied cities). You can also find/change these values in the GlobalDefines.XML file.

In terms of evaluating Gandhi's ability, keep in mind that the maximum happiness you can gain from a city is equal to its population. So for anyone else, you can never do better than -3 happiness per city (without culture bonuses). For Gandhi, you start at -6, but at 12 population you could theoretically have a net 0 happiness from the city. So Gandhi can theoretically have MORE cities than others, even though the intent is to encourage you to have fewer.

what bwarner says + Map size modifies per city penalty. On largest map its reduced to something around 70-80% (I don't have game at hand, someone please fill correct value). So if you like and your computer can handle largest map, ghandi is crushingly best there

9
How much unhappiness do puppet cities generate?

41
What is the formula for city connection income?
2
Civilization 5 cities and victory conditions
28
What is a good beginners strategy to learn the mechanics of Civilization 5?
20
City specialization
3
Why is my production so low?
20
Is Infinite City Spam a good strategy on Immortal/Deity in Brave New World?
9
How much unhappiness do puppet cities generate?
2
Civilization 5 population demographics