How to generate a predetermined number of pulses?

Motivation: I have a grinder that spawns spiders which are then moved to a very small space. When they accumulate in big enough numbers, I pull a lever and let a piston crush them 11 times. Then I can kill them with one hit and harvest experience.

This becomes a problem once there are a lot of spiders - the game starts to lag and it is difficult (if not impossible) to have the precise number of hits.

Question: For some n, how do I create a circuit that generates n impulses before shutting down?
Or in this case, how do I make a piston hit exactly 11 times?

Lightweight version
It seems I overcomplicated things a bit on the first attempt, this version should be better and more compact, at least for smaller numbers (first example produces 4 pulses). It's also possible to connect the "start" for another pulse straight from the second torch). 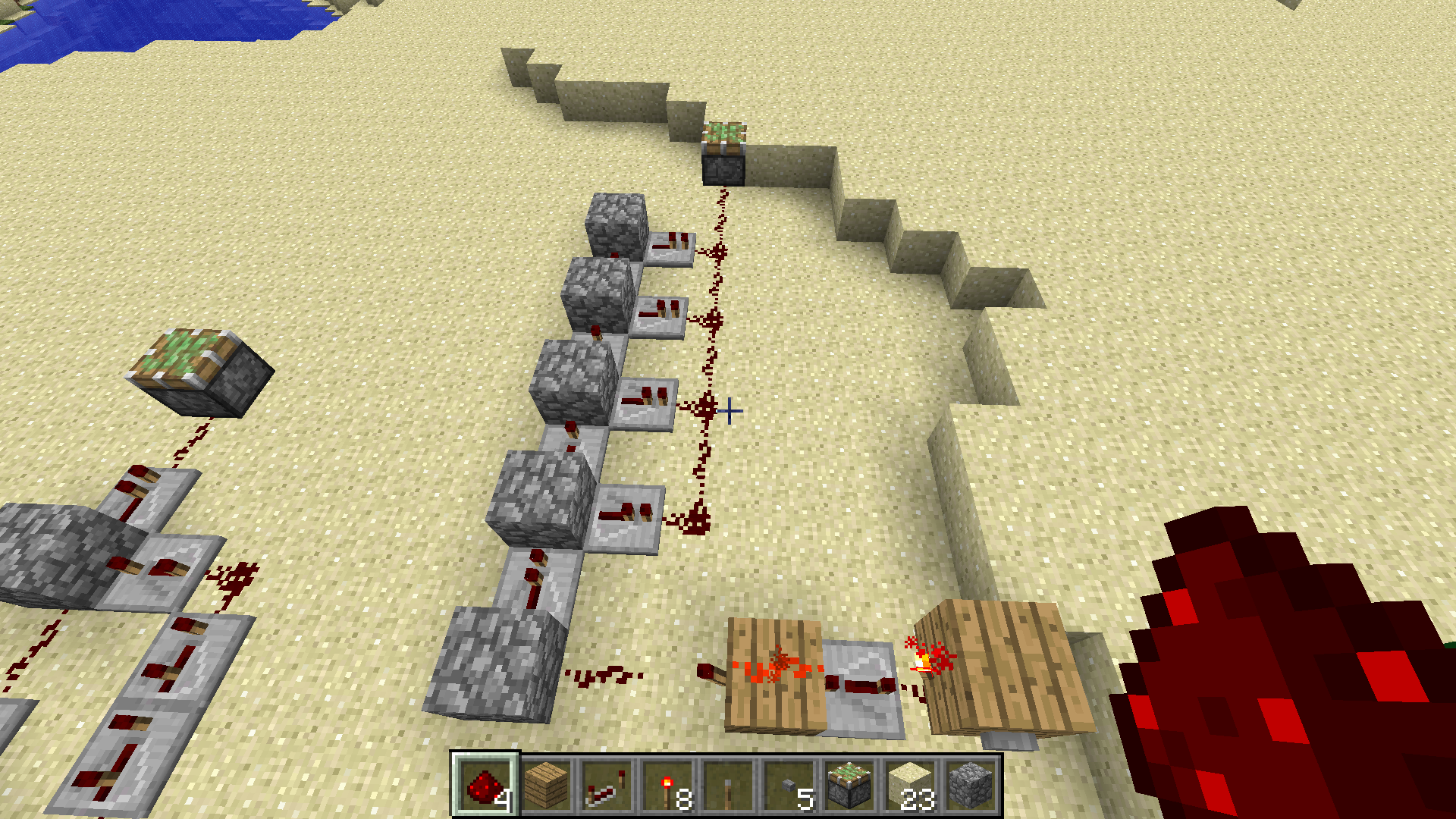 For this setup to work with a high pulse count you will need to put repeaters every 15 blocks in the redstone line, and for each of those repeaters there will need to be extra ticks between all stone blocks. This exact setup will work for your 11 pulses (last 6 blocks of 11 shown): 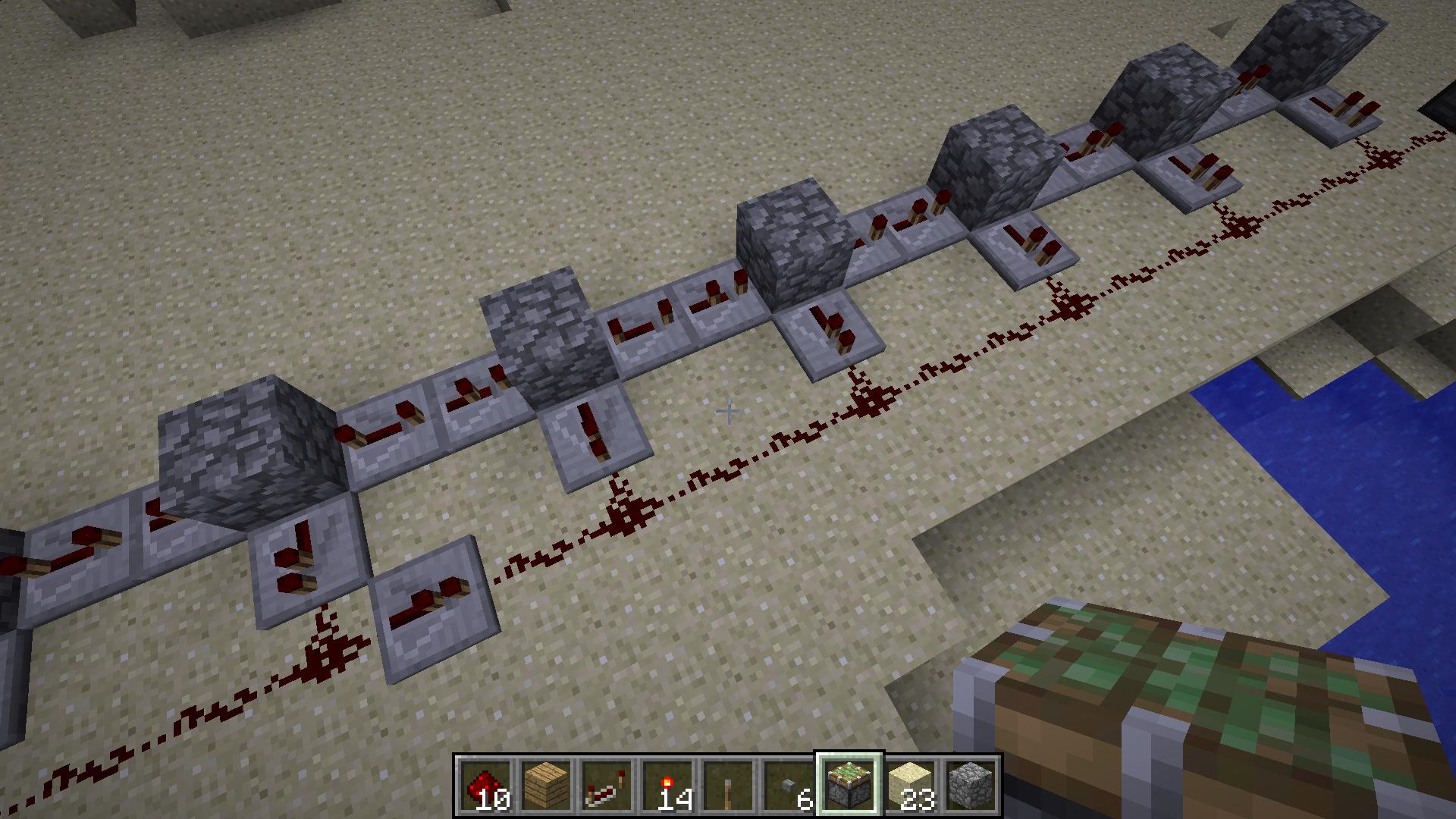 Heavy version (no limit)
Basically an outer "zig-zag" circuit that will send a new pulse straight through the middle line each time it passes a stone block. I tested it with up to 11 pulses, and you can just extend it as much as needed. Obviously it gets quite clumsy with a large number of pulses. 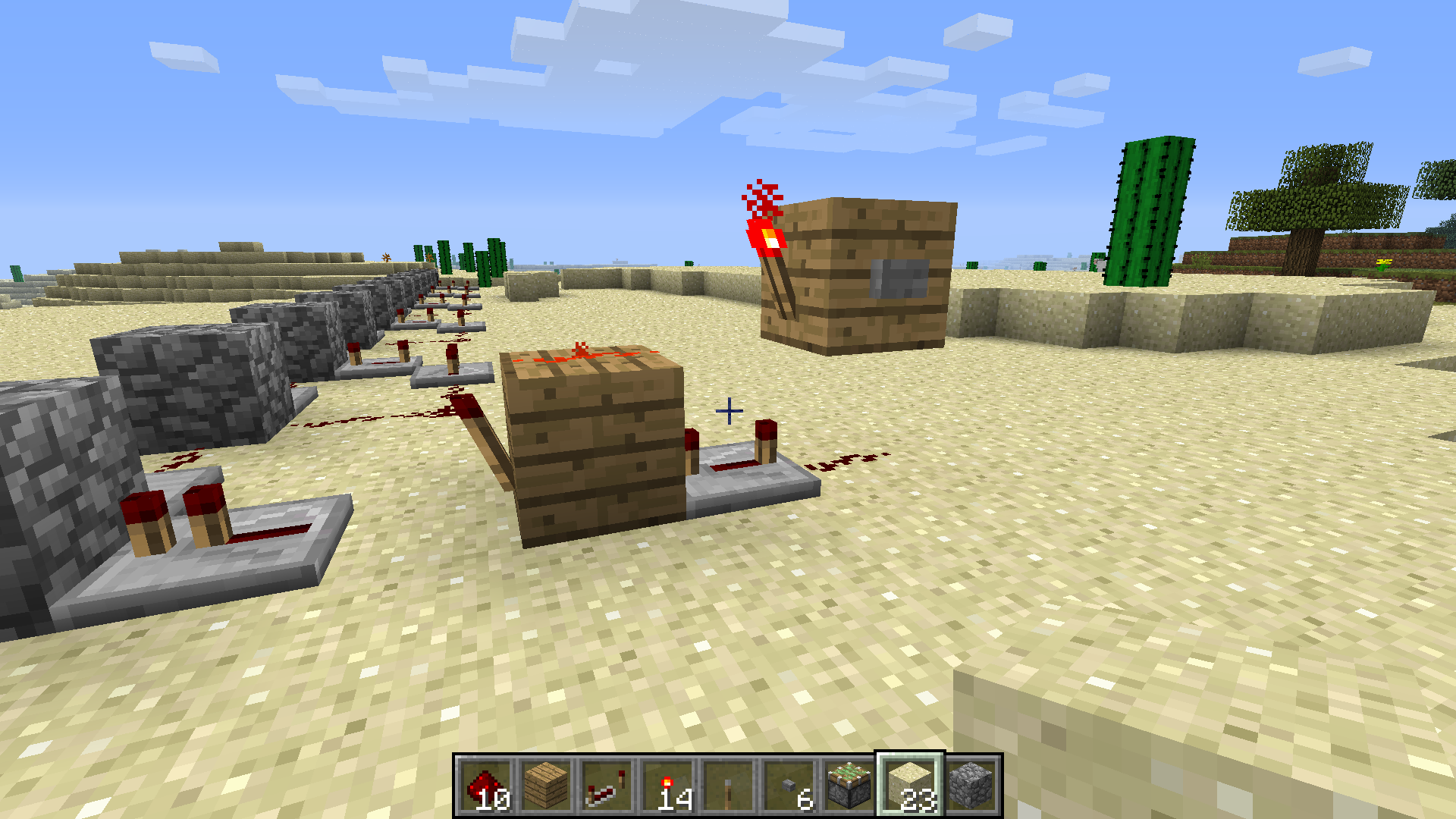 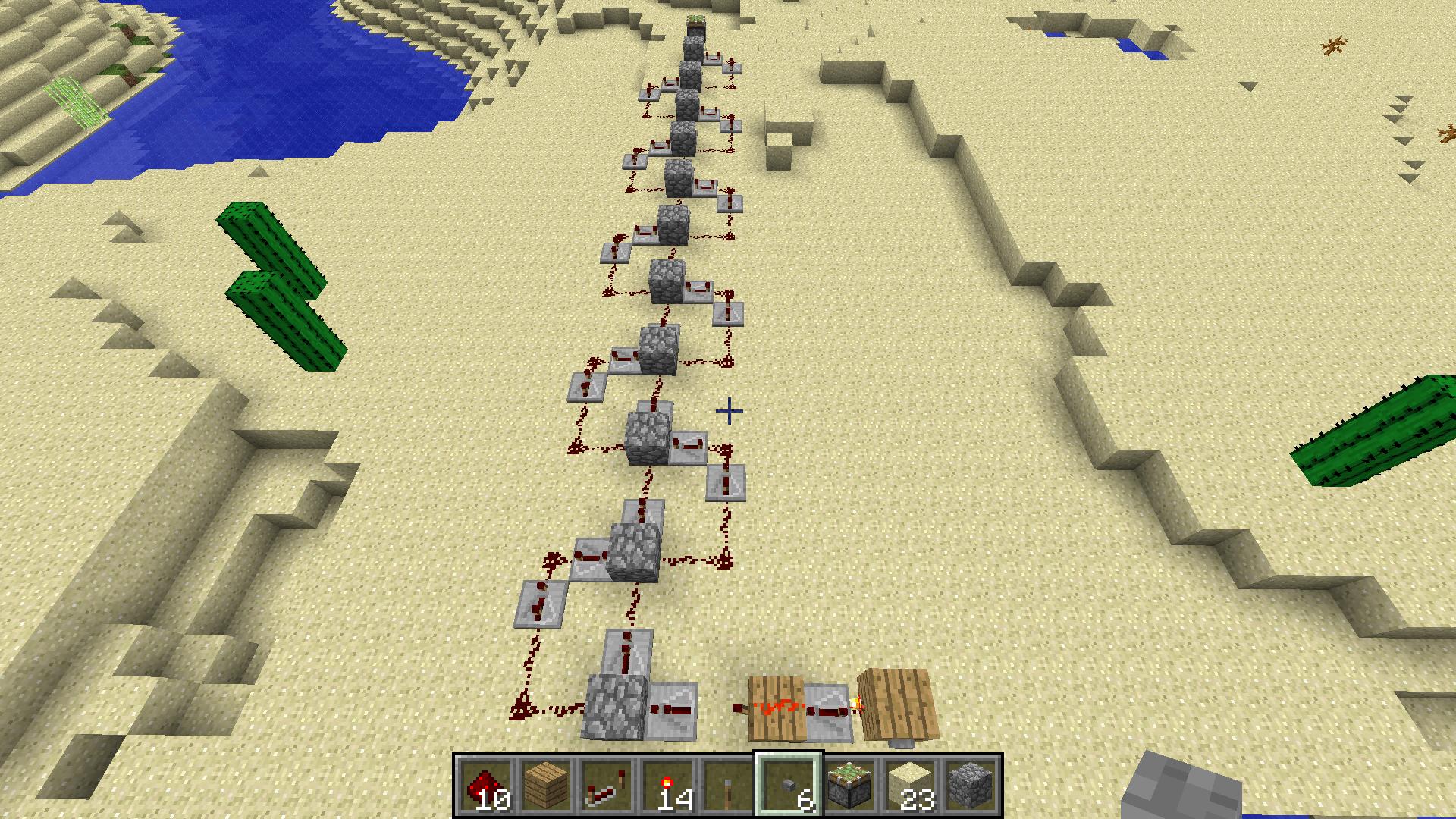 The problem of generating many short pulses can be broken down into generating one long pulse and then letting a clock run as long as that pulse is active.
Having a clock running as long as an input is active is easy, it's the classic comparator clock.
And how to generate a long pulse easily? Whenever long times are involved, hopper timers are always the solution.

Here is an example circuit that outputs 2 pulses per item that you put into the hopper, therefore giving you a range of 0 to 640 pulses: 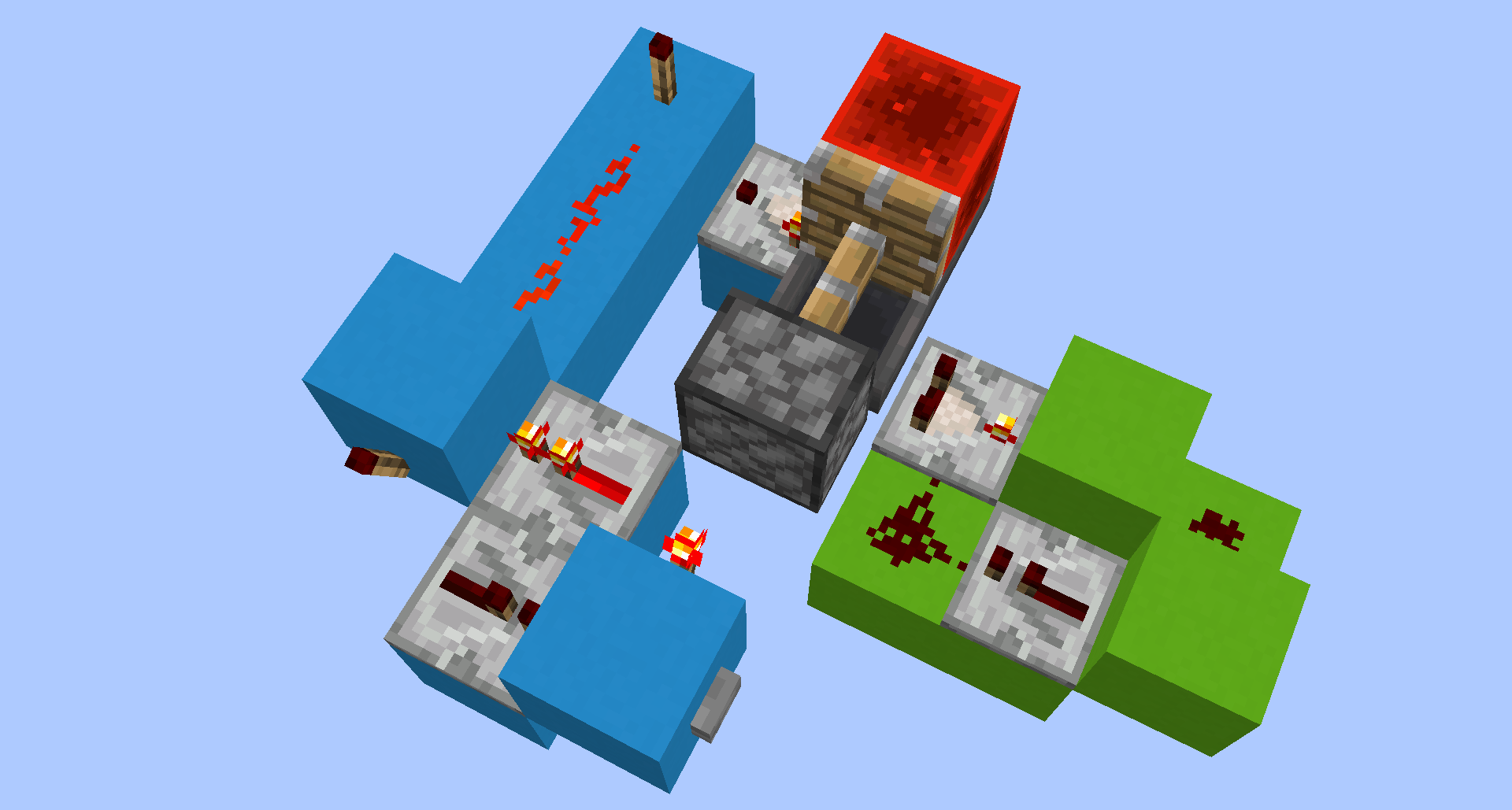 The concept can be applied to slower clocks for lower pulse number multipliers, you can put something in between which slightly lengthens or shortens the pulse to get uneven pulse numbers and you can use an arbitrary input other than the button, for example something shorter to have 2 output pulses for 1 item (this example outputs three pulses for a single item, because the button lets the piston retract longer than the circuit itself would).

Note that this circuit probably abuses a bug, but a very widely used one: Pistons do not receive signals from their front

The input can be pretty much anything, not just a button, as long as it gives a pulse of at least 2 redstone ticks. Even if the input turns on and off multiple times in the first half of the time that the circuit runs, nothing happens differently. If the input is longer or reappears in the second half of the intended runtime of the circuit, then the circuit just runs longer than expected. If there are very short inputs a few times in quick succession, a redstone torch might burn out (which fixes itself after a while) or the sticky piston might leave the redstone block behind when retracting, due to a bug, this will not fix itself. You can prevent this by putting a pulse lengthener directly at the input, for example a repeater on second setting should be enough.

The blue circuit without the input button is 3 blocks long, 3 block high and 5 blocks wide. You need 8 regular blocks (the 3 with redstone torches on them need to be solid, the other 5 just need a solid top surface), 2 redstone dust, 3 redstone torches, 2 repeaters, 1 comparator, 2 hoppers, 1 sticky piston and 1 redstone block.
(You could get the button inside the 3×3×5 box by placing it on the underside of the block, but you will likely want a different input anyway.)

The lime example circuit is 3×2×2 and you need 6 regular blocks (the 2 top ones need to be solid, the other 4 just need a solid top surface), 2 redstone dust, 1 repeater and 1 comparator.

You should be able to build everything from the screenshot, but maybe you prefer a structure file download: https://drive.google.com/file/d/12izYFzNhMzO3K4FzFar05yWSu6j2j2fs
This file should not get deleted, but if it ever is, just tell me that I should get it back from my January 2020 backup. 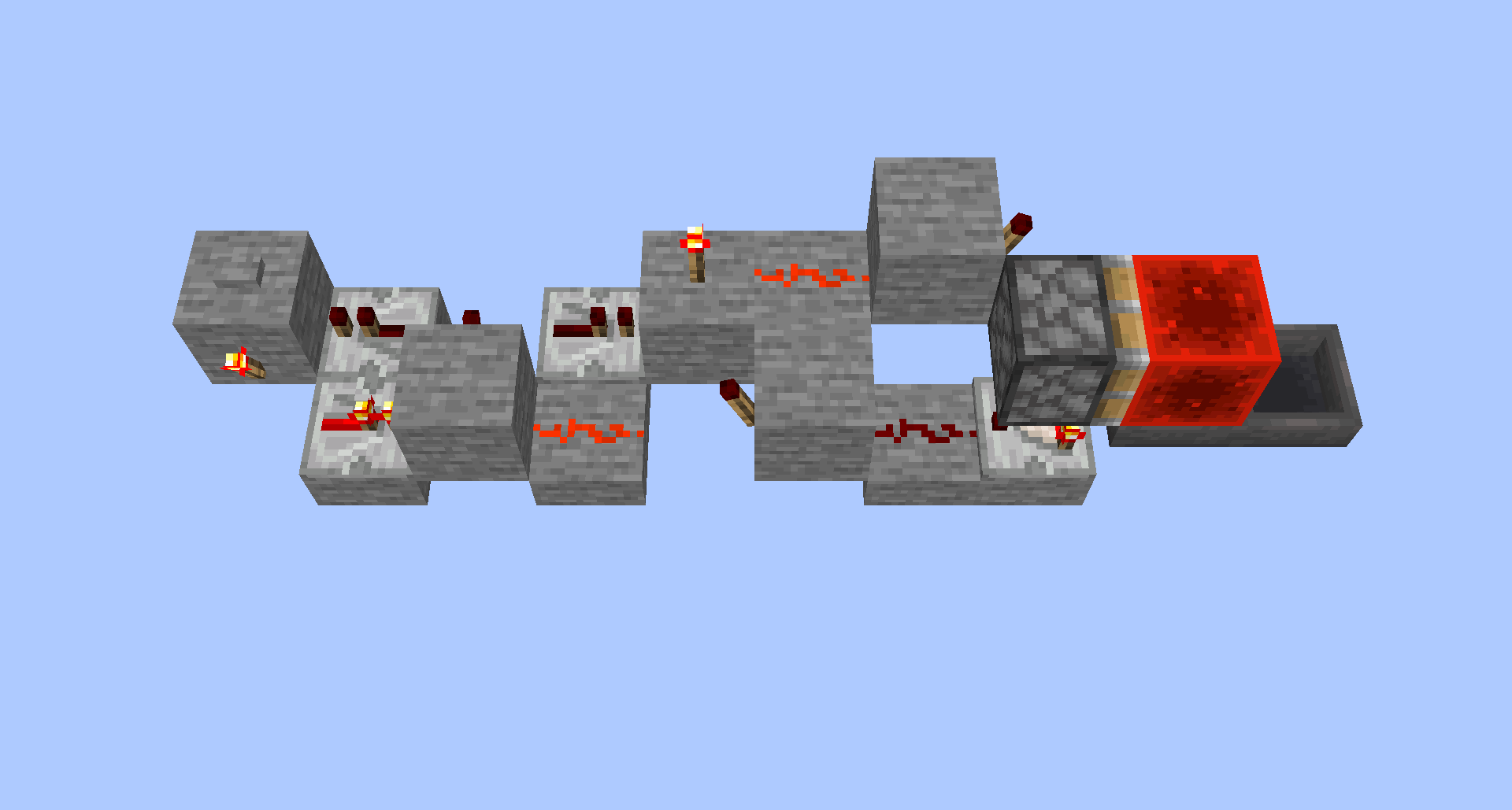 This design is just 2 blocks long instead of 3 and also 3 block high (displayed here as 2.5 blocks high, the same works with the other circuit), but it is 11 blocks wide, uses more resources. Maybe this is useful for someone.

The principle and the timings are the same, except that using just 1 item does actually output the expected 2 pulses and that the duration from pressing the button to the first output pulse is longer. Here the right hopper is the one that a comparator can be attached to for running a clock.

A 1 block long design is probably also possible, but it would very likely be higher and even wider than this one. If someone wants me to attempt to create one, just tell me in a comment.

you could use a loop of minecart tracks and put several detectors on it connected to the pistons. A good example in use would be in this video:

-3
How to build a dispenser?
1
Can I shrink this three-pulse-generating circuit?