How can I complete "Omega: Packages For Ish"?

In the assignment Omega: Packages for Ish, I picked up the packages he wanted from Illium and from the Citadel, and then I delivered them to him. I then chose the paragon option of talking him into not using them, at which point he thanked me for probably saving his life and left. 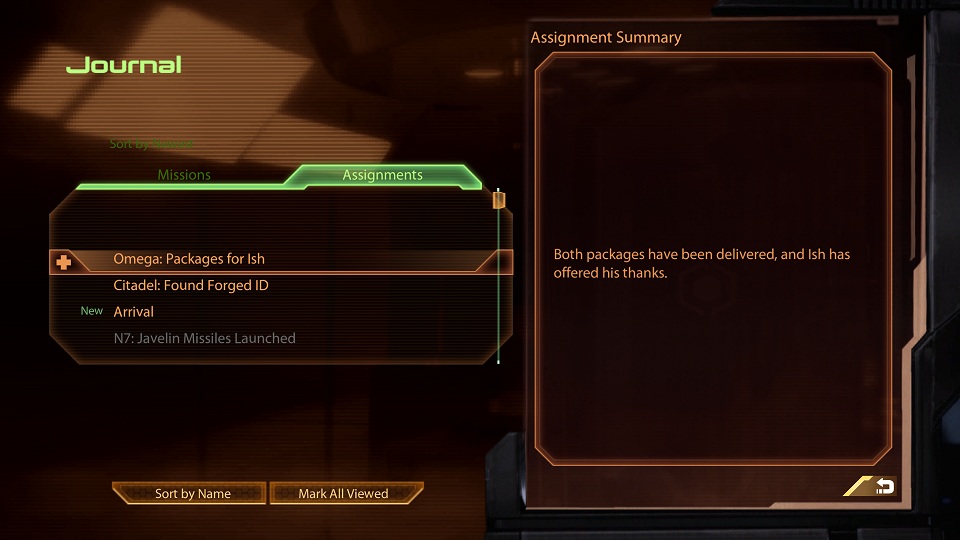 However, the assignment is still open in my journal. What do I need to do to close this out? I tried talking to Aria and to Anto after talking to Ish, but neither had anything to say about it.

This is a known bug in Mass Effect 2, and as of the most recent patch/steam version, is still in effect. There is no current solution.

These are the possible paths to take when starting this mission for the first time. Bringing the package to Anto will allow the quest to properly close, but locks you into the rewards and responses from that decision - which you may not want.

From the wiki, these are your options:

If you bring the package to Ish, you can either:

If you bring the package to Anto (one of Aria's bodyguards in the Afterlife Club) - which you can either do first or after convincing Ish to leave as described above - you can either:

In either case, no one will hear from Ish ever again if the mission is turned in to Anto. Should you choose the middle option of "Take care of Ish", Shepard will simply suggest that Anto "clean up the mess" by killing Ish, which Anto does. And if Jacob is in the squad, he finds Shepard's choice to be harsh, though he still sees that Ish deserves such an end. If Miranda is in the squad, she'll say that "that's exactly how [she] expected Ish to go out".

If you don't mind messing around with save files, there is an out-of-game solution for marking this assignment complete. You will need Mass Effect 2 Save Editor.

Not my solution. I found it elsewhere and it worked for me. Make backups first.

Not the answer you're looking for? Browse other questions tagged mass-effect-2 or ask your own question.