Is there an effective scanning strategy that avoids the Reapers?

After a few scans in a system the Reapers show up to ruin your day (they do NOT like machines that go PING!)

It's obviously important to get the war assets from scanning, so what general strategy can I use to complete the scans but avoid the reapers that doesn't rely on finding an upgrade to my ship?

This strategy lets you avoid reapers while still giving you lots of time to get your scans done.

Enter into the system you want to scan, scan twice wherever you want to (I try to be systematic but it's up to you). On your third scan the Reapers will appear, so it's helpful to be near the edge of the system. Before you hit that third scan, look at where you would like to reappear (top, bottom, left, right). Scan and move out of the edge of the system bringing up the galaxy map. If you're reasonably good at avoiding Repears you can probably get a few extra scans in before leaving the system. 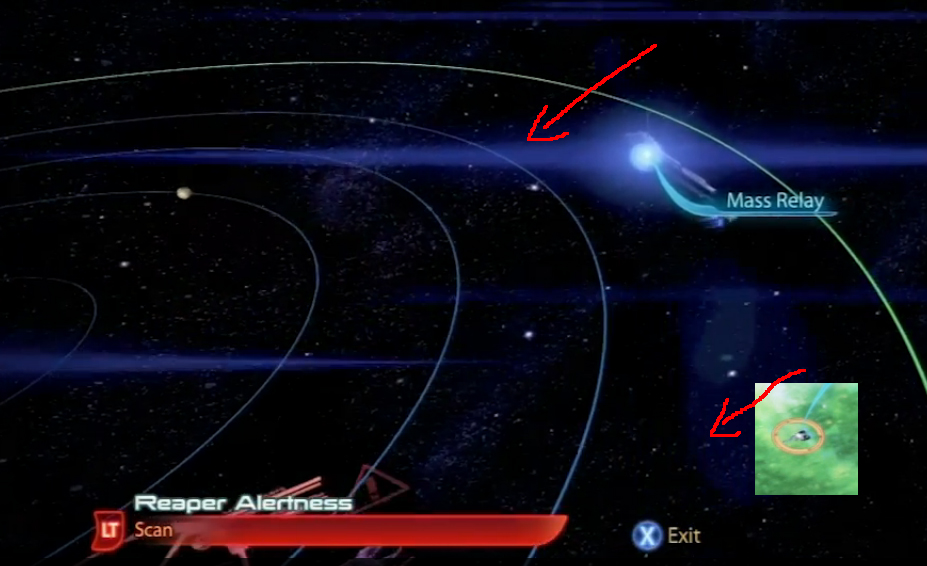 Remaining inside the ring, point your ship in the direction you want to re-enter the system. For example to show up next to the Mass Relay you would point your ship right.

You will re-enter far enough away from the reapers to perform more scanning. Repeat this technique until you've completed your scanning. Note that the reapers don't move closer to you while you are examining a planet/etc so you do have time to land and get your probes launched.

This video demonstrates the technique effectively.

Enter a system, an autosave is made, scan as much of it as possible until the Reapers catch you, be caught, click Resume - you will start in the same star system with no Reaper awareness, scan what you found and get out.

11
Are there any upgrades availiable for the Normandy to help me evade Reapers while gathering resources?

10
What happens if the Reapers catch me while I'm scanning?
11
Are there any upgrades availiable for the Normandy to help me evade Reapers while gathering resources?
5
How does the planet & material scanning mode work in Mass Effect 3?
4
Does the Journal update for "fetch" missions?
2
Major benefits to scanning the galaxy?
5
Does scanning Pinnacle Station give you anything different if you did the DLC?
4
Do Reapers detect the Normandy's presence when scanning faster as you approach closer towards the end of the game?
2
How effective is baiting Reapers into cannibalizing?
3
Where do synthetics go after the Reapers have cleared the galaxy of organics?
4
Why do the reapers need ground troops?