Is there a way to use an iPhone as bluetooth headphones for a PS3?

The Sony Playstation 3 provides support for a Bluetooth headset so you can sit and relax on your sofa without having wires from the TV, etc.

The iPhone smart phone is Bluetooth-enabled.

Is there an app, or some other method available to allow the iPhone to act like a Bluetooth headset, thereby transmitting the sounds from the game to the iPhone (and then through the iPhone headphones into my ears)?

I found this forum thread (http://www.tomshardware.com/forum/32319-39-mobile-phone-headset) from 2004 saying "No", but no real evidence as to why; plus it's a bit old now and not related to PS3. Is the answer really no? If so, why?

Doesn't look like it, the "Headset Profile" is required for a device to act as a headset (the situation your describing).

According to Apple Support, the iPhone does not support this profile.

To avoid wires across your living room, take one of these and use it backwards. Plug it into your game device (with an 1/8" input jack to dual RCA male adapter, or the headphone jack if it has one) then plug your headphones into a Walkman-like-radio, tuned to the correct frequency. A Walkman is unnecessary if your phone can receive real radio signals. Or just use any radio with a headphone jack. 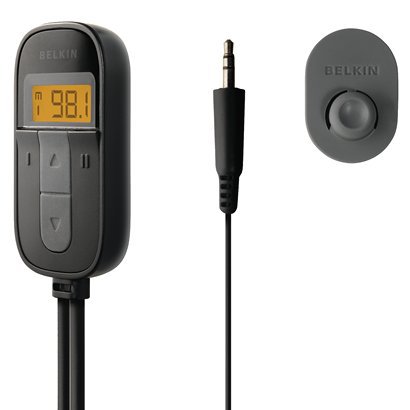 Compatibility: anything with a 3.5mm Jack (eighth inch), as pictured.

so there is a way i have found. the problem with these is that you need some sort of volume control from the PS3. not sure how this works. I use this method for Kodi on my Firestick tv. This method works for any bluetooth so the first which is what I use now. If your like me you have a portable battery pack one ebay they are like 77cents but i had one lying around which is multi purpose and then something like this usb bluetooth and then hook up your headphones to that. or if you want to have an all in one BUT these break down a bit faster and only last a few hours but that may be more than enough for most you can use this one

either way should work. If you dont have a way to control volume it will just be one constant volume but it is fine. its not too loud but I use kodi since it has a build in amplifier and will lower or raise the volume in the app.

best thing about this is that it is less than 5$

I still think it should be possible, but have found no information yet as to how. The arguments against the possibility and refering to HSP profile specifications do not apply, as they are not used or needed by the PS3 system. HSP specification is specific for phone use and only states having ability to answer and hang up "calls". PS3 and iPhones both have A2DP advanced audio device capabilities, which also has optional microphone support listed in the A2DP Bluetooth specs.

The real question, is whether one device can host the other properly, in order to make it work. The ability to set one device (phone or PS3) as the hosting device, would probably require an application be written that is able to toggle such a setting.

Actually, there is an app on iphone for that it's called Mobiola Headset, it's been on the AppStore since early 2010.Check out http://www.cnet.com/news/turn-your-iphone-into-a-wireless-headset/

I know this is a very late reply (4 years after the question was asked :D), but I'm replying in case somebody still has the same inquiry.

Not the answer you're looking for? Browse other questions tagged ps3 ios or ask your own question.

8
NetHack client for iPhone
6
Battleships for iPhone Lieutenant Level 13
1
Possible to bridge PS3 to use laptop and iPhone shared 3g connection
1
Is there a detailed manual for Command & Conquer Red Alert for iPhone?
2
Final Fantasy for iphone: increase font size
0
Is there a way to connect a bluetooth keyboard with Candy Box 2?
3
Can Bluetooth headphones be used on a PS3?
0
How to use multiplayer over Bluetooth
3
How to use PS3 controller via Bluetooth?