What does the “Chat Gem” do in battle.net?

In Diablo 2's battle.net chat interface, there is a gem embedded in the middle of the interface.

Clicking on it yields the chat message

and clicking again yields the message

This gem also appears on the Diablo 3 official site: 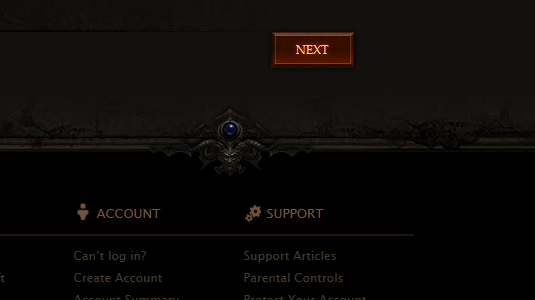 The Chat Gem... It's working correctly and has more than exceeded our expectations. And nightmares.

What does the chat gem do for Diablo 2's gameplay? Or how does it change the official Diablo 3 website when clicked?

From the Diablo Wiki:

What does the gem in chat do?

Nothing, other than change colours and put up the occasional unusual message. As was explained to us by a Blizzard employee, it was not set up to send data to the server, and that would be necessary in order for it to have any other function than to just "look good."

If you get desynched/disconnected from Battle.net sometime while you are in the channel, try clicking on the Gem. It will still change and give you the very rare "Perfect Gem Activated" message from time to time, even though it's obviously not sending anything to or from the server, since you are disc'ed.

There could be two theories on the original intent: Blizzard put it in there to taunt and amuse us, or it could be that the gem was intended to have a function, but for some reasons that never happened, and they just left the gem in the chat since it's fun to poke at, and they know how people love to run with the wacky rumors and speculation.

Further information from the Blizzard Insider (also taken from the Diablo Wiki):

The edition of the Blizzard Insider for June 24, 2001, had a question about the Gem in Chat answered by Bill Roper:

A: After a solid year of silence, we just can't keep the secret anymore. The long awaited answer to one of the most burning questions about Diablo II is simple: It does what it does. When you click on the Gem, it works perfectly every time, and that is what we have always said. To paraphrase Sigmund Freud, "Sometimes a Gem is just a Gem"!

Further information, especially regarding the gem on the Diablo III site:

The Chat Gem has made its appearance on Diablo III's web page, although when clicked, it does nothing but turn purple. The gem can also be found on Warcraft III's World Map Editor. When clicked, the green gem turns purple with the following message "Gem Activated". Any units deleted after the gem has been activated will display their "death animation" upon deletion.

In an interview at Gamescom 2011 by GameTrailers, Jay Wilson stated that "the chat gem is not coming back" to Diablo III. He also said, "I will definitively say, the chat gem did nothing" in regards to its functionality in Diablo II.

To sum it all up: It doesn't really have any effect other than being something you can click on and get a random result that ultimately doesn't do anything.

Not the answer you're looking for? Browse other questions tagged diablo-2 battle.net or ask your own question.