Is it possible to limit Kinect dialog voice commands to a specific human user?

Is it possible to limit the Kinect voice commands to the currently playing user, or to just the combat squad commands and not dialog options? My wife finds it amusing to pipe in and select one of the stupid dialog options since she doesn't approve of my renegade ways.

Mass Effect 3 has an option for selecting your accent and we both have quite different accents so theoretically the Kinect should be able to easily tell us apart.

No. The Kinect does not differentiate between voices when interpretting commands.

In fact, the Kinect will attempt to interpret any noise it detects into in-game functionality. You'll notice the red microphone symbol in the top left-hand corner of the screen appears and notifies you that Kinect is listening, even when a non-verbal noise is made, such as coughing or other ambient noises.

(Apologies regarding the blurry pic. You know how it is taking "screenshots" with an Xbox 360.) 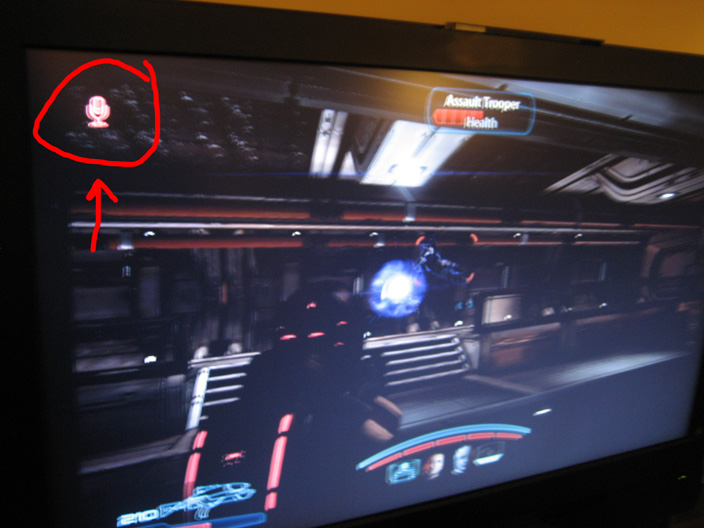 You'll just have to marry someone with a ludicrous accent that the kKinect can't understand, or be faster on the draw. There is no way to set it to just one person's voice, or sadly, just during combat (though I suppose she could still shout "sniper rifle" when you're about to get into melee).

Not the answer you're looking for? Browse other questions tagged xbox-360 mass-effect-3 kinect or ask your own question.