How does one unlock a Volus Adept?

Recruit Packs will help you flesh out your arsenal, but it's probably worth saving for the better Reinforcement Packs. Rare weapons make a big difference in battle, and you'll also have a better chance of unlocking new characters like the surprisingly cute Volus Adept. Unlike in the world of football stickers, duplicate items aren't a problem - get the same gun twice, and it will merely upgrade the original weapon. If you've already unlocked the character on a card, you'll get training instead, giving that class a whopping XP bonus and unlocking new appearance options.

How do you unlock this race, or how rare is it?

As of the Retaliation DLC there actually is a Volus adept for multiplayer along with the DLC's content. I believe it is unlockable like the other classes via random items but I'm not sure of the specifics yet.

(Earlier answer retained for posterity; in the base content no Volus Adept existed)

There's no such thing as a Volus Adept in multiplayer.

As you can see from the list of Multiplayer objects from ME3, this class/race combo doesn't exist (note the "secret" Battlefield 3 character IS in the list): 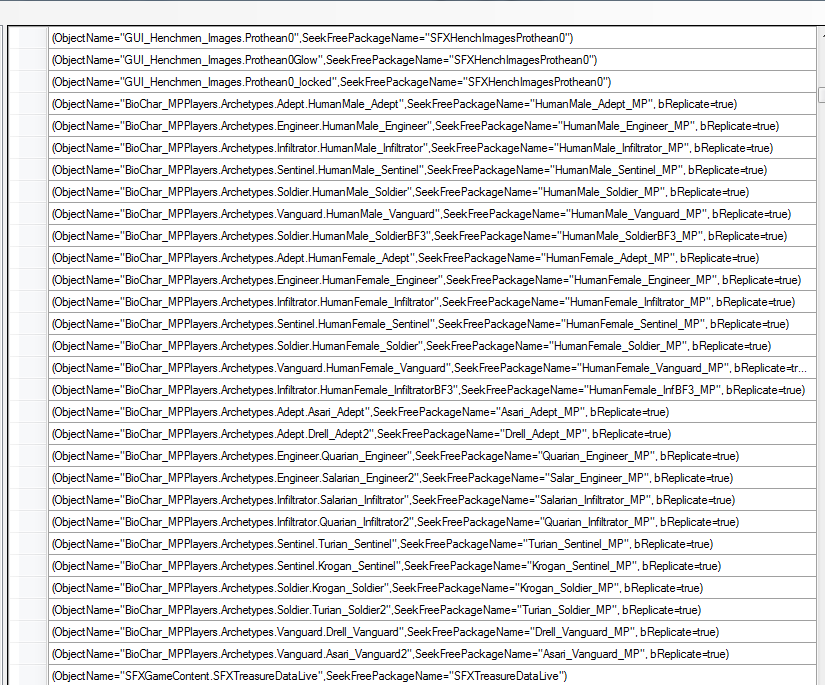 The magazine was probably trolling or wasn't familiar with the race names, I assume they're referring to the Asari adept. It's been noted in the series that the Volus are terrible ground troops in low-pressure environment (eg anything a human can survive in), and there's never been a Volus in combat in the whole series, so it's extremely unlikely they'd implement one.

In addition, the only mumblings of a Volus Adept are in reference to this exact magazine piece, so I'd say Successful Troll is Successful.

While it is possible that a Volus Adept was once a consideration, they are not in multiplayer, so it is likely a joke and a reference to Niftu Cal, the drugged-up self-proclaimed "biotic god" found during Samara's recruitment in Mass Effect 2.