Where can you test and compare weapons that you have modded?

I now have access to three (3) different assault rifles. The second rifle fires in bursts and is listed as having higher accuracy than the M-8 Avenger but the kickback is fierce and makes fighting with the weapon very different than the standard rifle. I have yet to even fire the third one as I was afraid to use it upon finding it, fearing I would end up low on the learning curve for this new, potentially completely different weapon.

Is there any way to compare and test them with mods before just blindly taking them into combat?

Yes, the Spectre Shooting Range on the Citadel. It's directly opposite of Udina's office on the Embassy level. The Spectre Offic is marked (3) in the map below, just enter there and turn right to get to the Shooting Range. 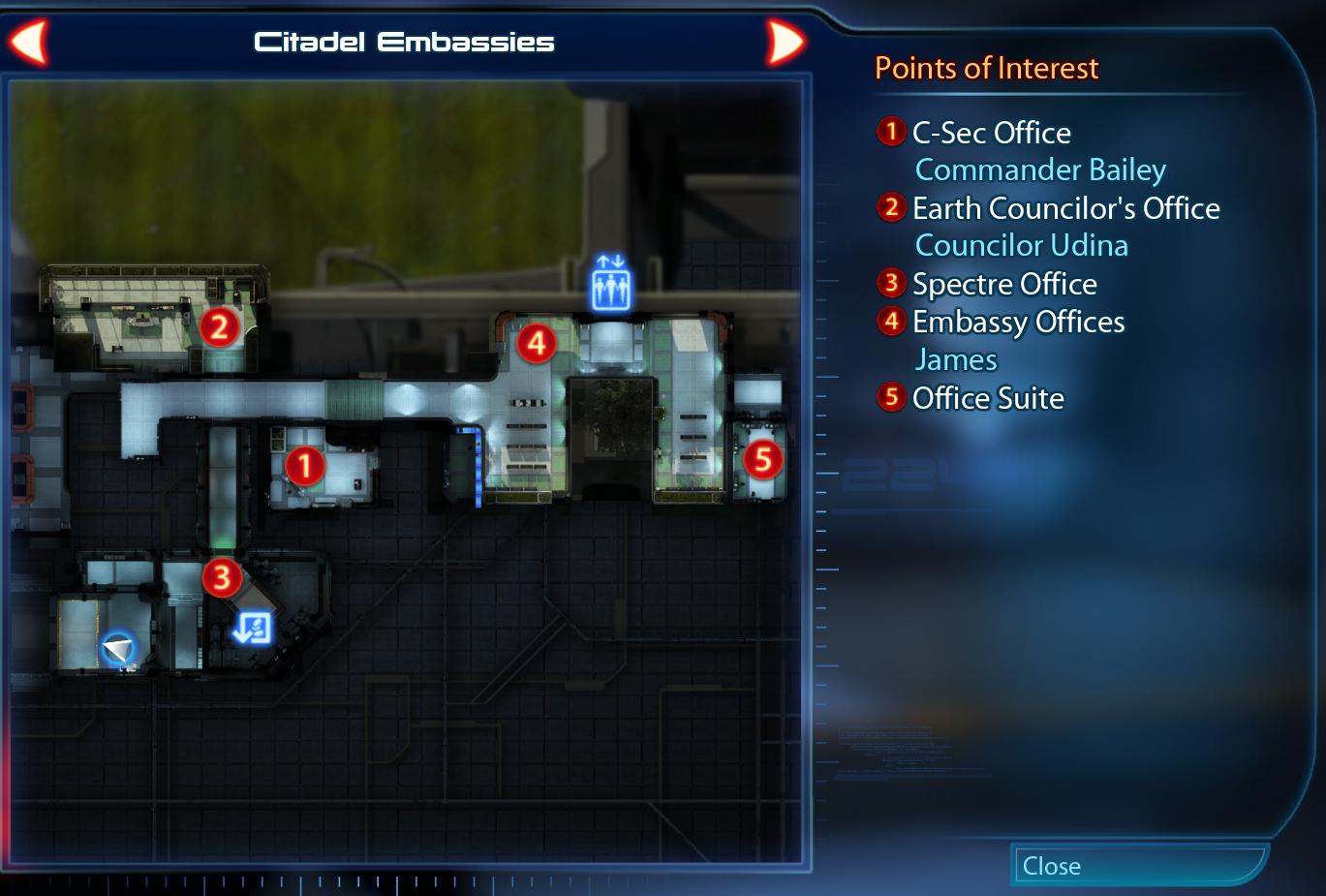 There is a weapons bench there where you can change your loadout and mod your weapons and three targets you can move to different distances. The three targets are shield, health and armor, so you can check the effect your weapons have on those. You can also try out your powers on the range, though that is only useful for pure damage abilities and less so for other powers.

There are three controls on the range, the one on the left lets you change the target distance. With the control in the middle you can get the targets to move near you so you can inspect how well you hit the targets. The control on the right resets the health of the targets. 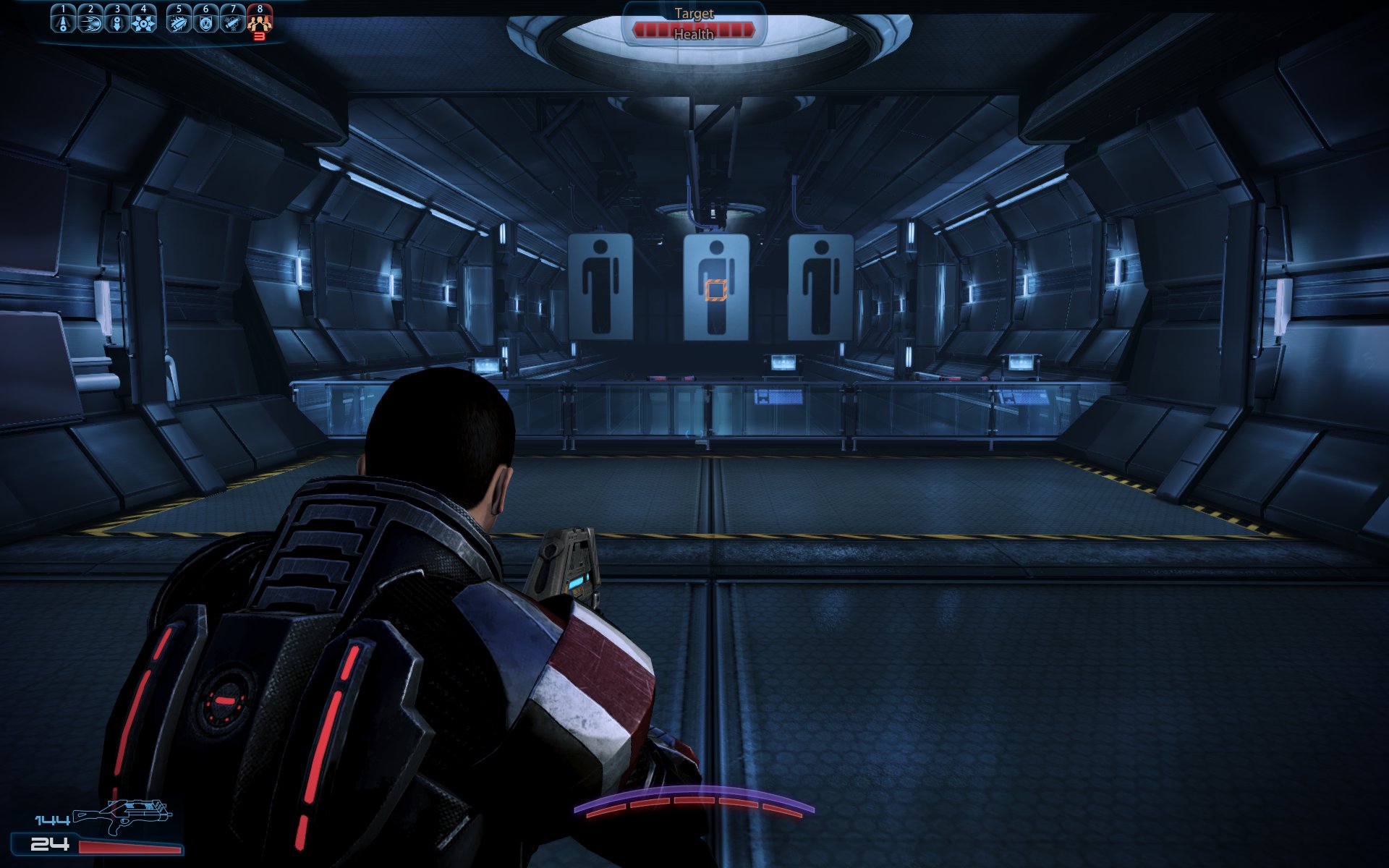 2
Where do I have to go to find my promotional weapons?
1
How can you tell exactly how much an Upgrade augments your weapons in Mass Effect 3?
18
How can I edit coalesced.bin so that I can use cheats and graphics tweaks?
10
Which is the most effective Sniper Rifle, and where can I lay my hands on one?
2
Can you drop and reacquire the Hanar Diplomat quest?
2
Does supporting Diana Allers mean that you can no longer kick her off the Normandy?
3
Are firearm statistics consistent across weapon classes in Mass Effect 3?
6
Where else you can you shop except citadel?
2
Where can I find Ashley in the Galaxy Map (and planet-wise)?