Is it possible to kill the 2 Harvesters on Thessia?

This is near the beginning of Priority: Thessia. It's the encounter that's just after Outpost Tykis (where you find the M-560 Hydra, aka the weapon that can one-shot a Banshee) and is between you and the entrance to the Temple of Athame. 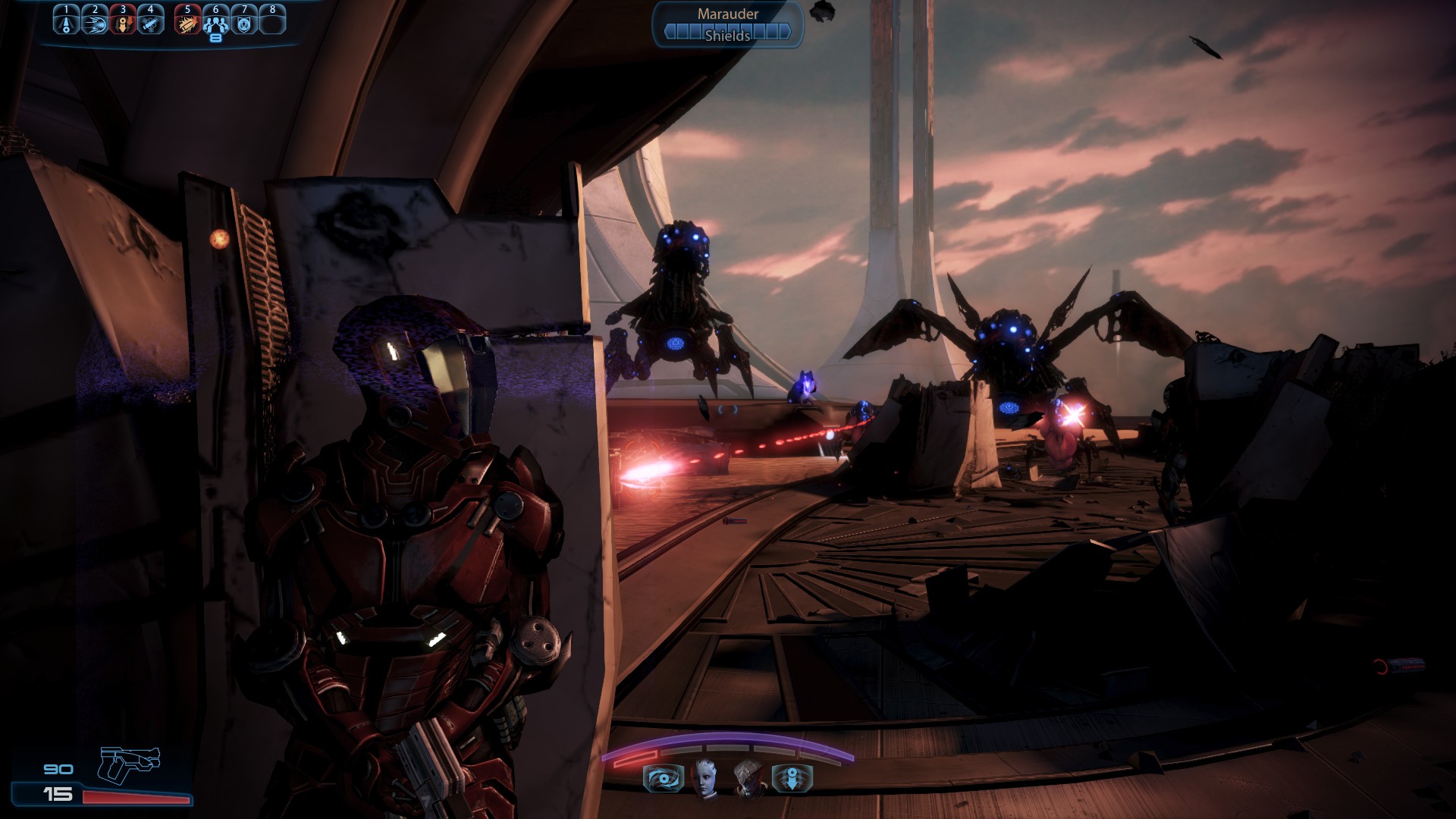 Is it possible to kill both Harvesters at this point? Should I even try? I noticed that they flew away after the other fighter ship after a while, but I'm wondering if I would get a bonus to War Assets or something if I was able to save the other pilot and/or if I was only able to kill say, one, make a later battle somewhat easier. Or is the event with the pilot completely scripted and unalterable?

Just did this today on normal. I killed them both very quick but the pilot still died as the 2nd one exploded so don't think you can save the pilot or maybe i was just a second to late.

I don't think i could have taken them down much faster since I play an infiltrator with maxed Disruptor ammo, Tactical Cloak and Operational Mastery all focusing on max head shot damage. I'm using a Black Widow V with Extended Barrel IV and Enhanced Scope V and this gear:

Nope, not possible. More Harvesters just keep coming no matter how quickly you take them out. I was wondering the same thing, so I sniped the barrier generator before the harvesters even arrived, then I shot the Hydra at the harvesters right away which one shot one and did some damage to the other, and then another harvester came and the pilot immediately crashed within like 5 seconds of arrival. Seems like coming close to taking out both just triggers her death right away.

Yes but it's incredibly risky due to the Ravangers in the area as well. Talon 5 will always go down whether you dispatch them or not so it's up to you whether to bunker down and wait it out or slug it out with them.

I've used the Blood Pack Punnisher level 10 with the barrel mod and killed them, but when you kill one, another one comes and takes its place. I wished I saved that gunship

I got a lvl 53 infiltrator character (imported with lvl 32 from ME2), with max level warp ammo, weapon damage and headshot damage armor mods (almost the same as Blem posted), a lot of weapon damage bonus from Liara, tactical cloak damage bonus, sniper rifle damage mods and a spectre widow which is a very strong sniper rifle. I managed to kill 4 harvesters with it on normal difficulty, but the gunship was still destroyed. I don't think there is a way to save it.

Btw. I found a nuke, or something like that in the previous part of the map, which I supposed to use against the harvesters. I nuked Kai Leng, but he survived... :D (edit: it was the M-560 Hydra you mentioned, which is not nuclear weapon, but similar)

3
How to beat harvesters

12
Can I kill off squadmates?
2
What are the differences in plot and possible endings between the Story, Action and RPG modes?
23
What are all the possible power combinations for detonation?
3
Is it possible to save the ventboy?
12
How to kill a Brute effectively
3
Is it possible to save the wounded Batarian in the refugee camp?
3
How to beat harvesters
6
Do swarmers count towards kill awards in multiplayer?