Where is the claptrap in Old Haven? 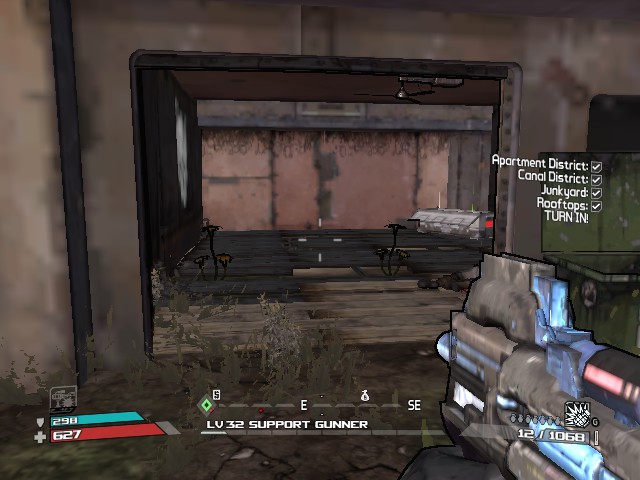 According to the Borderlands Wikia, the claptrap in Old Haven should be under my crosshair. There's nothing there, though. The only claptrap I've found is on the other side of the bridge, and he looks alive and well, although trapped in a cage. He doesn't want to die, I don't want him to die either, but there doesn't seem to be anything I can do about it.

The claptrap that you rescue from the cage (The one that you already found) will make the one that will appear where you are looking appear. You must continue to progress along the quest line until you get to the quest that specifically asks you to go save the caged claptrap. After that is done, a nice blue claptrap will appear in that room leaking its last squirts of oil!

7
Can I save the claptrap in the cage?

2
Save points in Borderlands Claptrap DLC
5
Do I have to get each collection achievement from the Claptrap DLC in a single playthrough?
19
How do I gain access to the hidden weapons vendor in New Haven?
7
Can I save the claptrap in the cage?
8
Is the yellow claptrap in arid badlands an easter egg or something else?
6
How to kill the Mega Interplanetary Ninja Assassin Claptrap?
0
Benefit from old downloaded files
3
Is it possible to reach the Claptrap above Marcus's store in Fyrestone?
5
Do the Claptrap collectable item counters reset if I die?