How do I use Decoy effectively?

I'm currently playing a Salarian engineer most of the time, and it's a very nice class. But I'm having a bit of trouble to get the most out of the Decoy power. Sometimes it's soaking up a lot of damage and allows me an the team to easily dispatch all the distracted enemies, but often it doesn't seem to have an impact.

How do I use the Decoy most effectively, where should I place it in relation to me and the enemies? At which time should I cast or recast it? What are the implications of the different upgrades to Decoy you can choose?

Decoy is one of the best skills available in multiplayer. I've used it extensively with my Salarian engineer and found it to be extremely useful. Its biggest purpose is to draw fire and to distract enemies. As long as there's a decoy between you and whatever is firing at you, it will not hit you. In fact, it can protect you from almost everything.

Whats even better, you can use it to corner block enemies! 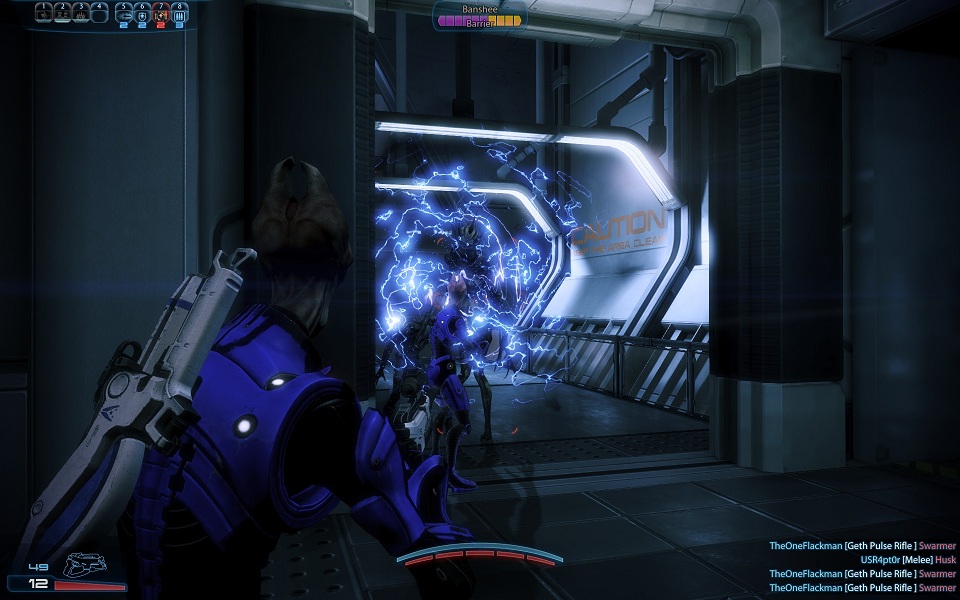 With proper positioning you can keep that banshee forever stuck in the corner while you take her out with edrain and incinerate spam.

As for exactly what upgrades for Decoy, I've haven't noticed the decoy dying that often. In fact, almost 100% of the time, its the duration that wears off. Due to this fact I find upgrading the decoy, especially for rank 6 is completely useless since it doesn't die (so it wont' explode for damage), and it doesn't need the extra health for survivability. As near as I can tell, my decoy (even at rank 1) is completely unkillable. I'm not sure if this is a bug or not, it may be patched in the future.

So key points to take away here:

I've noticed you definitely want to take the shock evolution on the decoy, because sometimes the NPC enemies will walk right past your decoy to try to get to you or your teammates, but a quick zap from the decoy's shock will get the enemy's aggro back on the decoy. This is especially important with things like Banshees and other instakillers who otherwise will quickly corner you and kill you: usually when you first create a decoy, it will do a zap, so I tend to throw a quick one up right near a downed teammate who is about to get curbstomped, because the shock from the decoy is enough to briefly stun the enemy and stop the curbstomp, where energy drain will not.

Sometimes I'll run up to a Geth Prime and throw a decoy in its face just to keep it occupied so it won't be pew-pewing people (me) from across the map, it'll be busy trying to melee your decoy. It gives me plenty of time to keep alternating between Acolyte round and energy drain, until either the Prime is dead, or my decoy is. If the latter, I just put up another decoy and keep going. It's a good way to keep your shields up (via e-drain, and killing any sentries and drones the Prime creates), while whittling down the Prime's shields and armor.

To answer your question on where to place it, put it between you and the enemy. Ideally, place it in a location where you want to enemy to go to. Note: not all enemies will melee the decoy, so account for them be stand a few meters away from it.

As for which times you should cast or recast it, I think the answer varies depending on which level you play at. I only use Decoy on Gold and Platinum. On those levels, use Decoy before you see them. If they start attacking someone and then you use Decoy, there's a chance that they'll ignore the Decoy. And because of that, I don't suggest spamming Decoy on Gold and up; just use Decoy when it times out or is destroyed. (Save your cool downs for Energy Drain.)