In Team Fortress 2, what is "telefragging", and how is it done?

On my server stats page, there's a kill category that is called "telefrag". I don't have any. What is this, and how is it done?

Here's a practical use for the otherwise rather uncommon event, specific to the TF2 setting. It uses the fact that a disguised spy can use enemy teleporters and perform telefrags on the opposing team when coming out of them. Doesn't work that well on experienced engineers, but can catch inexperienced ones off guard.

This only works if the engineer is near the teleporter exit, turtling behind a sentry that has the exit near it.

Some inexperienced engineers might also build these tight clusters of buildings, where the teleporter will be right behind the sentry. In these nowadays rather rare cases you can perform the telefrag without even using the sapper, altough there is a risk of the engineer not holding his place all the time.

A telefrag happens when a player stands on or near a teleporter exit while an enemy player uses the entrance. What happens then is that the player on the exit dies and the teleport goes through successfully.

It stops spawn-camping very well. It is not possible to telefrag allies unless Friendly Fire is on. 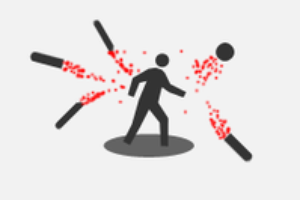 This is actually a common term in gaming, not only related to Team Fortress 2.

There are two different ways this can happen in TF2:

Case 2: Someone from your team is standing on your team's teleporter exit, and is telefragged by a disguised enemy spy using the teleporter.

What you should remember: Standing on top of a teleporter exit is a bad idea, regardless of whose team it belongs to. If you're camping a teleporter exit, avoid using melee weapons, as they may cause you to get too close to it. Longer-ranged melee (Eyelander / Scotsman's Skullcutter / Shovel) is slightly safer.

Telefragging is when you kill an enemy by stepping on the teleporter.

IF you are at the exit and an enemy uses the entrance, then you die.

Not the answer you're looking for? Browse other questions tagged team-fortress-2 terminology tf2-engineer or ask your own question.