Allow Minecraft to Use More CPU

A lot of people seem to be having problems with Minecraft using too much CPU power. I wish for my Minecraft to use more CPU that it does now.

Some Info: I have a dv7 laptop with an i5 quad core 2.4 gHz chip, 6 GB of RAM, and a Radeon HD 6770 graphics card. Basically, this computer is quite the beast. It can play Eve and other high-tech games. But it plays Minecraft slower than my brother's computer, which is dual core and equipped with a low-end graphics card. I asked him to open his task manager and found he was using 60%, if not more, of his CPU to play Minecraft, exceeding his performance.

Question: How do I enable my CPU to use all its cores and CPU power on Minecraft?

Another question I would also have would be, why is my brother's computer playing it faster? It kinda pisses me off.

(Unmodded) Minecraft isn't multithreaded, so splitting it across multiple CPUs is not possible. However, I am not sure about a mod to allow for this possibility. There might be other factors you are ruling out.

From what I have found the mod, OptiFine, is supposed to split the load across two cores. (Otherwise, Minecraft only uses one)

Screenshot of Optifine below: 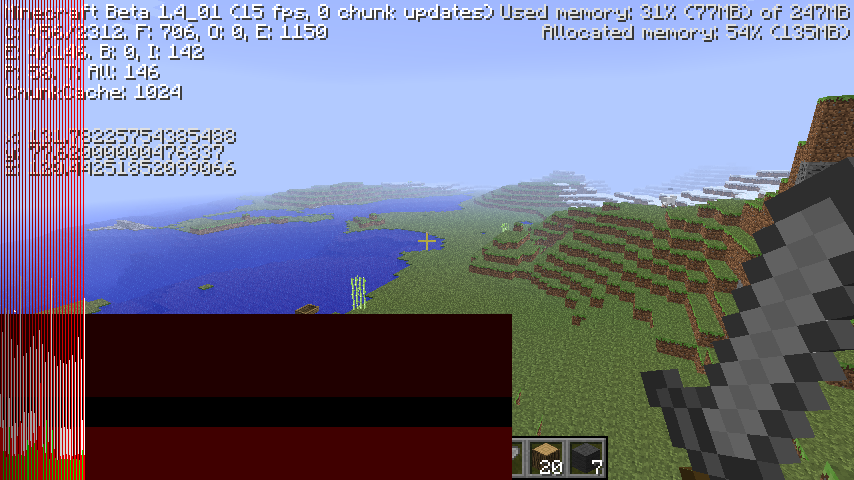 I installed ThrottleStop and gave Minecraft a higher FID (in my case, 10 instead of 6).

Now Minecraft uses the full 2.5GHz of my processor instead of capping at 800MHz or so. It runs smooth as butter.

A word of warning, however: if you're using a laptops, you do want to keep an eye on the heat situation before the computer shuts off on you.

The fix for my performance issues was using the 64 bit version of the Java runtime. After that was installed Minecraft ran much better.

To my understanding, the 64-bit Java runtime only gives Minecraft access to more RAM. Yet this fixed the performance issue.

Have you checked options/video settings? There is an option for "Power saver / Balanced / Vsync / Max FPS" modes. Setting that to Max FPS might solve your problem.

There is really no way to make Minecraft use your multiple cores more efficiently, because Minecraft doesn't handle multi-threading as well as some other games might. It might even run faster on an older, dual-core CPU such as your brother's.

Also, if installing mods isn't an issue, you could try out OptiFine, which generally helps with low FPS issues (and it also has a ton of other useful features).

5
Minecraft server using way too much CPU
1
Allow others to use Op/Admin levers
3
Will moving iron golems allow more to spawn?
3
Will using Fortune allow me to collect more food?
4
Insane lag with Minecraft on Windows 10