What are the rainy "giant owl" room's secrets?

Off of the dark, rainy node, the one with the owl's head that follows you. The map marks a secret on this node, and a grayed-out child node. Are they two different secrets? 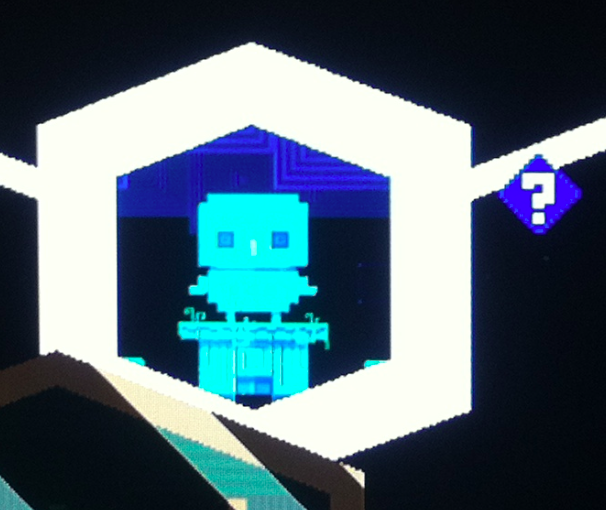 There are two "secrets": the four owl puzzle (denoted by a question mark on the node), and the subsequent anticube room.

In four places, an owl appears at night. Speak with each one:

These locations were shown on the walls of the fez-wearing elder's house (in Gomez's hometown, across the bridge).

After speaking with each owl, they fly to the rainy warp zone's giant owl room. When all four arrive, a panel reveals a door behind the owl statue opposite the entrance. It leads to another owl room with an anticube. 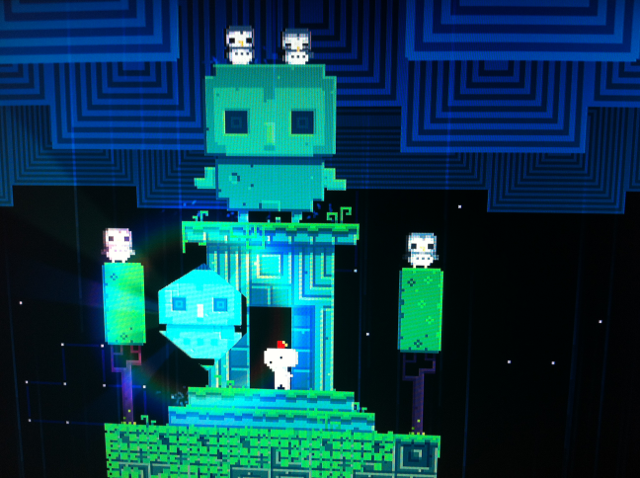 Glitch: If you remove the patch, the original version of the game had a glitch where you could access the hidden room without the four owls: stand in front of the entrance, rotate the room twice, and press up to enter. Keep in mind, the room won't be "completed" until the main secret (four owls) is finished and the next room is visited.

I just got it by accident. Stand in front of the door below the owl but don't press up. Now, Spin the screen so you're standing BEHIND the owl. Now press up to go through the door even though the door isn't facing the screen. Hope that helps.

There are four live owls within other nodes that you need to talk to in order to open this door. You can find clues to their locations in the village in the house of the guy with the eye patch. I think they only appear at night.

8
What's the secret to the concentric squares in the Weeping Waterfall stage?
7
What's the secret of the secondary owl room off of the water tower room?
5
Is it possible to interact with animals in Fez?
3
Are some puzzles/secrets temporarily unsolvable?

9
What is the secret on the bell stage?
8
What are the Giant Telescope room's secrets?
6
King thrones puzzle?
7
What's the secret of the secondary owl room off of the water tower room?
4
What's the deal with the library off the clock tower?
24
What's the back-story in Fez?
5
Is it possible to play Fez with more than one save game?
3
Are some puzzles/secrets temporarily unsolvable?
8
What's the monocle room's secret?
3
Are there any "secret" rooms that contain cube bits?