Where and what are the "unusual crystal formations" on Alderaan?

Where exactly are these crystals and what are they (what are they used for)? My character is an artificer so I'm hoping it's something good, but I don't want to scour Alderaan if not.

Kappei's right, Alderaan now has an Unusual Crystal Formations that each yield a Rough Magenta Crystal Shard. These formations do not show up as resource nodes on the map.

To get a Pristine Adegan Crystal from one of these Rough Magenta Crystal Shards, use the Ancient Crystal Tuning Device at (-136, +892, +88) in The Forge on Tython (this is near the matrix shard datacron). For Imperials, there's a tuner on Korriban at the far west end of the Lower Wilds behind a wall: (+176, +4, -182) (thanks cwsample). See How do I get a Magenta Lightsaber Crystal? for how to use these Pristine crystals!

There are three separate nodes with two or three spawn locations each. The spawn time is two hours (separate for each node, like all resource nodes) and each node rotates through the spawn locations linearly; it's not random.

Node 1, cliffside on the South Fornak River in Kaamos Territory:

You need to jump down the hillside to get to it; if you start off at the wrong spot use /stuck to reset to the top of the hill rather than needing to go around and up it again.

This first screenshot is at the first set of coordinates, with the second set circled: 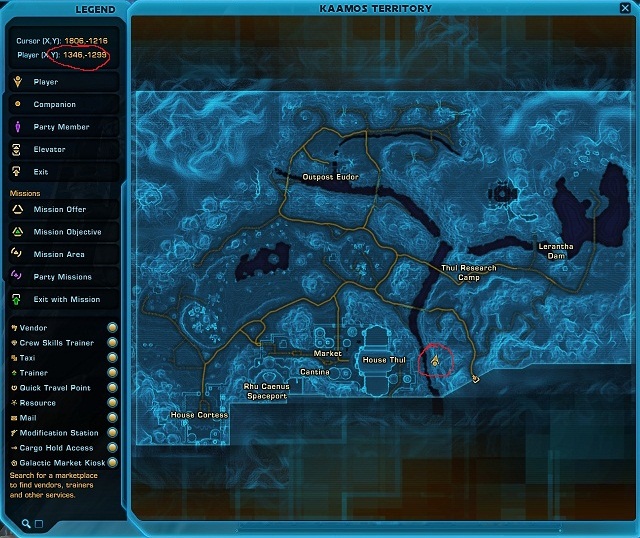 Node 2, hills near the Organa Medical Camp in The Juran Mountains: 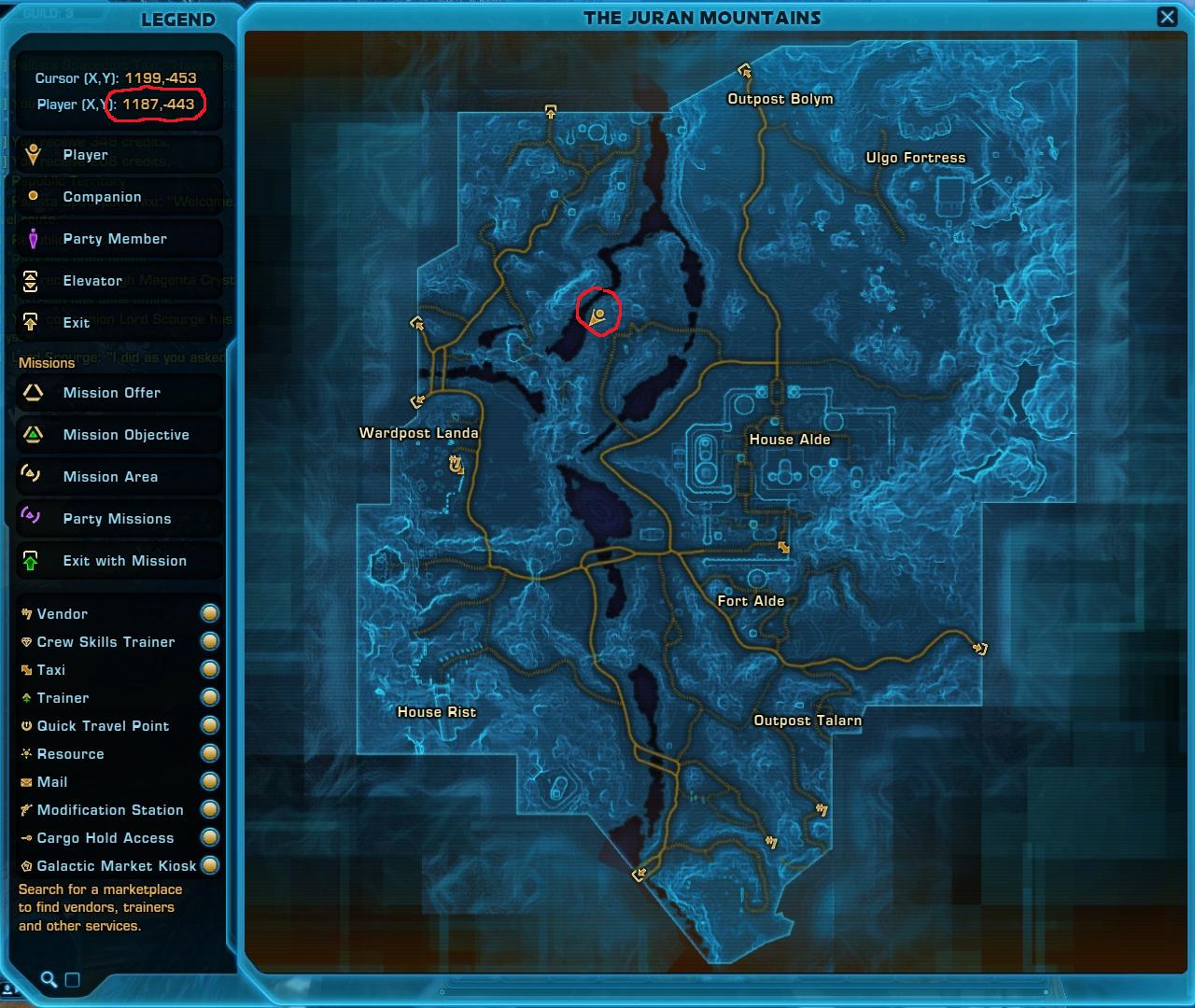 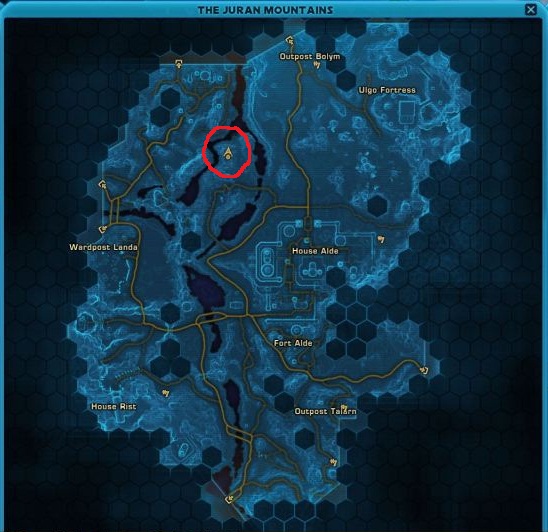 Node 3, rocks beside the steps into the Thul Palace Courtyard in The Juran Mountains:

Here you can see me at one spawn point with the other two circled: 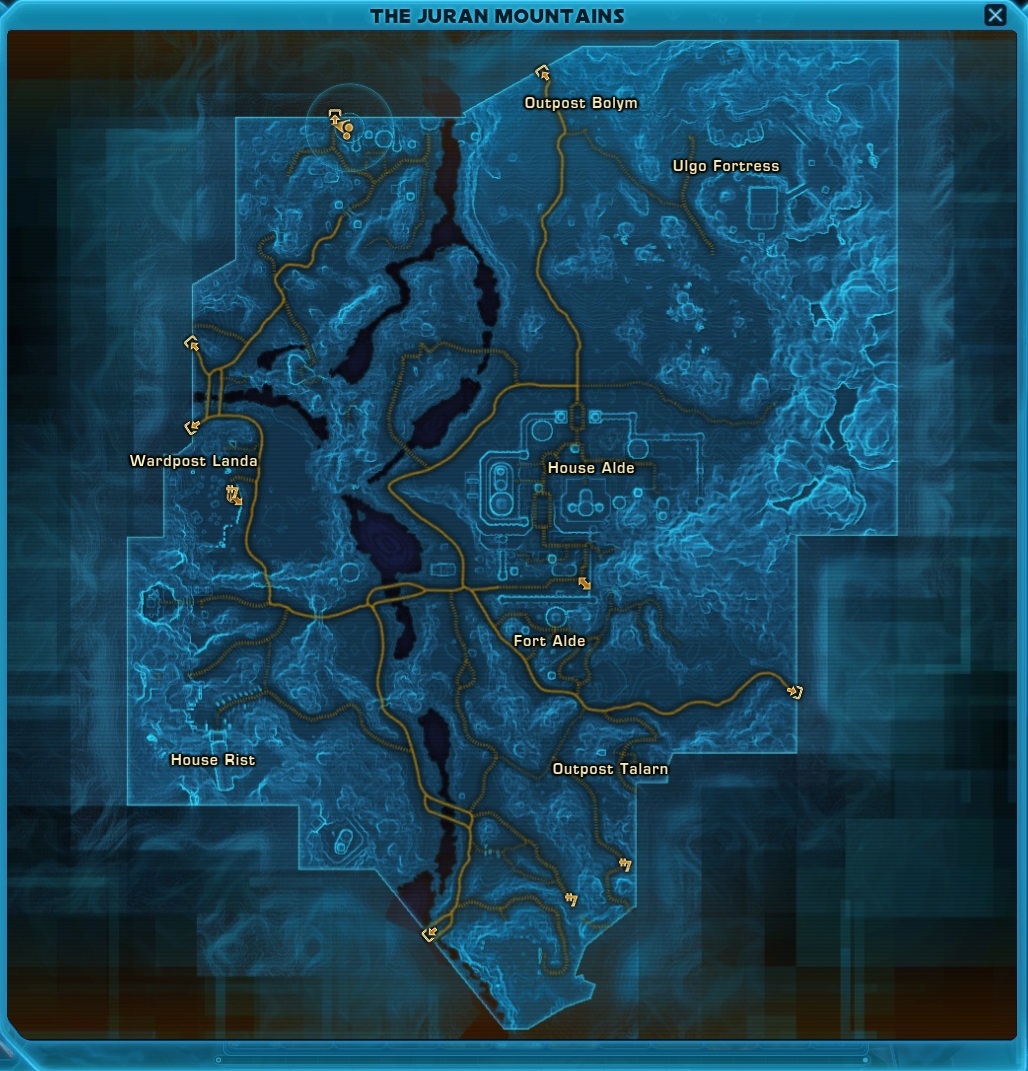 From the same patch notes:

May it be this one?

Not the answer you're looking for? Browse other questions tagged star-wars-the-old-republic .

23
How do I get a Magenta Lightsaber Crystal?

11
Where can I find all the datacrons and what can I get from them?
10
What kinds of lightsabers (and fighting methods) are available?
6
Where are the profession trainers in TOR?
3
Where are screenshots taken with the SWTOR holocamera saved?
4
What are the various SW:TOR servers named after?
6
What are the Galactic Trade Network costs?
8
What are augments?
2
Can the green/black color crystal from Razer be used with all my characters?
10
What colors of lightsaber crystals are there (and where can I get them)?
3
What are the stats of the Razer green/black color crystal?