What do the “numbers” wall inscriptions in the 16-cube temple classroom mean or represent?

You know that room ?

What does this mean?

I can translate the numbers, but it doesn't make any sense... Could it be words ?

Then, I was also wondering if those symbols below the numbers 0 1 2 3 here does mean anything : 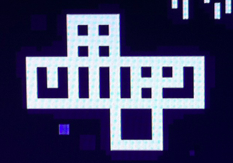 This is the unfolded counting cube. The numbers don't mean anything by themselves, but the cube is meant to associate these types of symbols (portions of a plus sign) with numbers. Seeing the unfolded cube in this 16-cube classroom informs us that this room is about numbers, since it uses the same symbols. Some deduction in this room leads to solving the number cipher.

This is the number cipher giveaway. These symbols are used in various rooms, but they form a Flatland sequence here. (Flatland's conceit is not understanding other dimensions until you can personally experience them.) Without blowing the story, a square protagonist lives in a two-dimensional world, visits Lineland (a one-dimensional world), and later, Spaceland (3-D) and Pointland (0-D). Knowing this, the sequence is fairly straightforward: the numbers represent the dimensions from zero to three.

Likewise, these show three ways of adding to 10, introduce an "equals" sign, show that "three" can be written two different ways, and that a godly squid bequeathed the gift of 3-D.

I don't think this means anything, nor does anyone else. The numbers add up to 64, a prescient number in this game, and when adding the numbers separated by spaces and converting them to letters via a substitution cipher, they spell a naughty word. This game is steeped in apophenia, looking for patterns in static—we don't know if we're being trolled by the game designers.

For people who didn't use a guide this room holds a major clue to decipher the numbers.

I'm not sure of the purpose of the others, but they are:

I don't think the first one is significant, but the second is a net of the number cube artefact. With those 6 shapes (in various orientations) you can express every number in the system.

23
Is this QR code in Fez useful?
9
How do you lower the water in the lighthouse area and main warp room?
12
What is the secret to the classroom in the 8-cube door city in Fez?
8
What do the counting cube, writing cube, and skull artifacts mean or represent?
20
3 Heart Cube Pieces: What next?
3
Are some puzzles/secrets temporarily unsolvable?
4
How do I fly down from a high ledge?
0
How do I find the writing in/on the FEZ Tome artifact