I'm trying to generate a very specific map: one with an arctic ocean, a volcano, and preferably a taiga (or other frozen, wood-filled land).

I've managed to generate a couple of coastal volcanoes so far, (including one with a sub-ocean magma pipe. that was a fun embark -- 5 minutes of "cave in has occurred" as water became obsidian and then fell to the bottom of the magma sea) but they're never close enough to the poles to be in an arctic ocean. (I have a strong desire to acquire War Walruses, you see, so I simply must have an arctic biome :P )

Is there any way I can decrease the temperature on an already generated world? How can I increase the number of Cold or Freezing squares on each map?

So from what I gather is that you want to create a specific map or decrease the temperature on an already created map. I don't know the latter but I can help with the former: 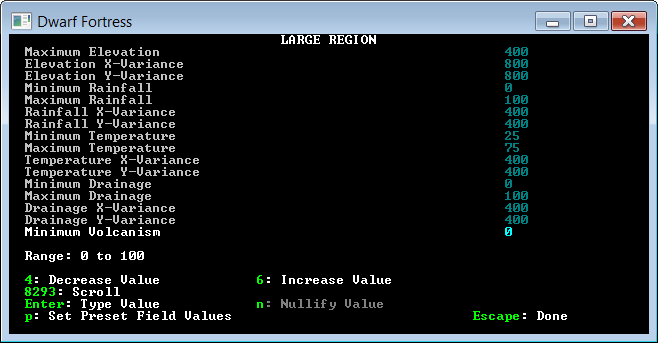