How should I fill a tank?

On a floating-island challenge map I'm making a giant tank of water to try to get squid to spawn. How should I go about filling it; top-down or bottom-up? What's the quickest method to have it all filled with source water so I don't have strange currents in it? 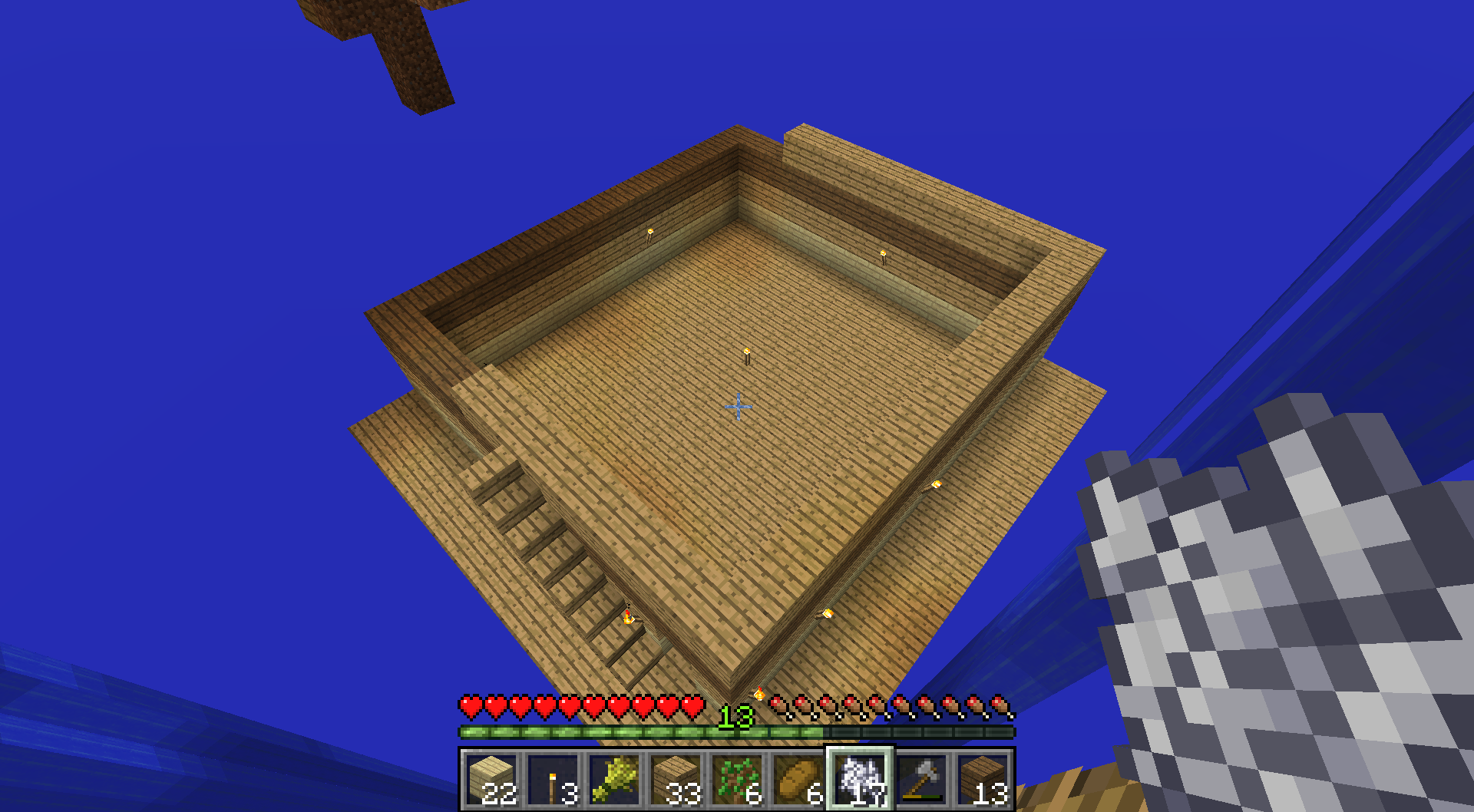 Keeping in mind my own observations on squid: it seems as if squid are perfectly capable of spawning in 1 block deep water (reference); you might be better served with a huge, shallow tank than a large, deep one.

Filling a huge, shallow tank is very, very fast; place source blocks first along one edge, and then along another, nonparallel edge, and you're done.

If you need the entire tank filled with source blocks, the easiest method is bottom-up. Otherwise you will need to work under down flowing water to fill in the lower blocks.

Now the problem becomes efficiently filling in the middle portions. Once you place the bottom layer of water, building scaffolding across the next layer will provide you with solids blocks to place the water sources against. Remove the scaffolding one block at a time and replace with a source block as needed to complete the tank layer by layer.

If you simply need there to be any kind of water in the tank, filling top-down is easily your best option. Just place a layer of blocks one level down from the top and fill the resulting area with water. Remove the blocks below the water and it will flow downward to fill the entire tank.

This is all assuming that you do not want to use an editor to simply fill the entire area with water source blocks at once.

A good way to fill the tank completely with water that has no strange currents is to place a layer of dirt (or something) one meter below where the top layer of water is, then cover the top layer with a smooth sheet of water that has no strange currents. Now remove every single block of dirt under it and the water will fall straight down and fill the tank. The layers below the top aren't source blocks, but this won't make a difference.

If you want to legit-fill the whole tank with source blocks, I suggest filling the bottom layer, then carefully building a dirt floor above it, then remove the dirt blocks one at a time and replace them with water by emptying a bucket against the dirt block next to the block you just removed once you've got the second layer done, repeat at the third layer. This will suck.

Alternately you could try using MCedit, as mentioned in a different solution.

Finally, you could use get a bunch of ice blocks and fill the pool entirely with them (one way to do that would be to use seedscope.net to swap your game into creative mode, fill it, then swap back) then punch the ice until it breaks. Ice blocks will turn into water when broken if they're on top of a solid block or a water block.s

The most effective way to fill a tank of that size would beto fill the top corners and then the top middle of each side. If you do not want it filled to the top start the proccess down 1 or 2 blocks. If there are curents fill the whole edge with source blocks.